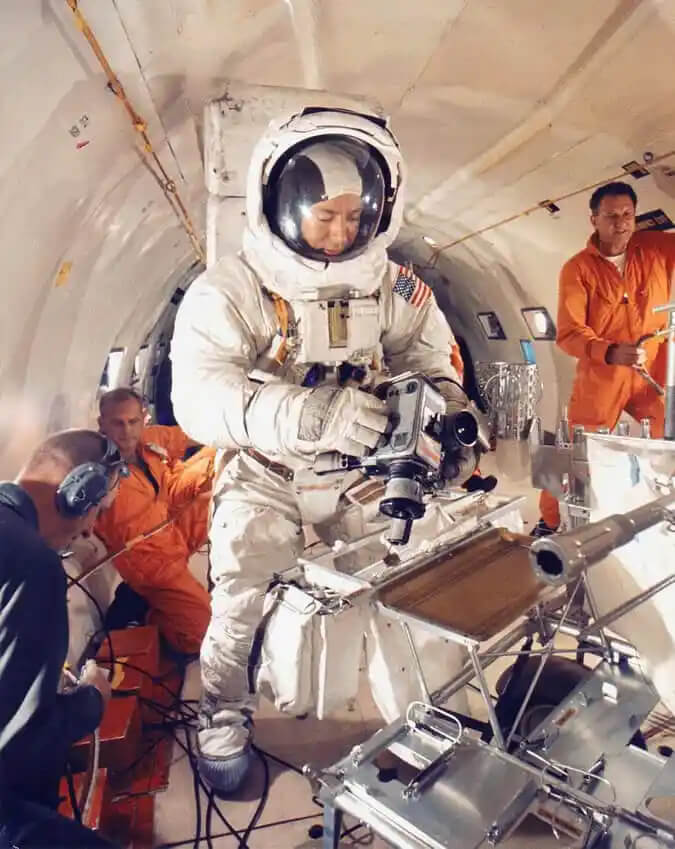 After returning from the Moon, Apollo astronauts Neil Armstrong (1969) and Edgar Mitchell (1971) changed their views on the origin of life on Earth. Both space pioneers tried to explore more about the Earth and spent much time understanding who could be behind everything.

Without resisting, Armstrong accepted an invitation from the Hungarian explorer to go on a quest to Amazon jungles to search some information about aliens and previous civilizations. Besides, after returning to Earth, Mitchell left NASA and founded the Institute of Noetic Sciences, which advocated exploring the universe by means of the inquiry that might lay outside science and religion.

Although there are conspiracy theories claiming that Armstrong saw aliens on the far side of the moon, he remained silent on the topic. His expedition to the Andes Cave with other top officials is the only information that hints that Armstong was interested in the extraterrestrial subject. On the other hand, Mitchell always expressed his views on alien life and got deeper into the theories about extraterrestrials.

Why did Edgar Mitchell get so much into extraterrestrials? Probably the answer lies within the most famous Roswell UFO crash. In 1947, 16-year-old Mitchell lived on a ranch near the crash site. It was the moment that fueled the entire UFO theories around the globe.

According to Blake Stilwell, a former Air Force combat photographer, Mitchell believed that the aliens had prevented the nuclear between the Soviets and the Americans, and it is on record.

Stilwell wrote: “He [Mitchell] also claimed that top military officials had hidden evidence of UFOs, potentially alien spacecraft and that they were particularly fond of hovering over White Sands Testing Range in New Mexico.”

“I have wondered if we are prepared for our own survival. The only way for humans to gain some control of the species’ mad trajectory, he believed, was “by questioning many fundamental assumptions underlying civilization,” Mitchell said.

In 2016, Wikileaks revealed thousands of emails that were allegedly linked to Hillary Clinton’s campaign chairman John Podesta. The emails unfolded secret information shared with Podesta about UFOs and ETs.

In 2015, Podesta received emails from Mitchell that expressed his concern about t he weaponization of space and its impact on the ETI (extraterrestrial intelligence). Despite the fact that aliens might be violent as shown in the various sci-fi, the notable astronaut called them nonviolent in an email.

In January 2015, he sent an email to Podesta, asking him to have an urgent meeting to discuss Disclosure and Zero Point Energy (ZPE). He was concerned about the peace in space.

Mitchell wrote: “My Catholic colleague Terri Mansfield will be there too, to bring us up to date on the Vatican’s awareness of ETI. Another colleague is working on a new Space Treaty, citing involvement with Russia and China. However with Russia’s extreme interference in Ukraine, I believe we must pursue another route for peace in space and ZPE on Earth.”

According to terrimansfield.com, “Terri (Terese) Mansfield is the Executive Vice President for Fundraising in the Public Interest (FPI), founded by President and CEO Suzanne Mendelssohn, Ph.D., Earth’s only ETI obedience healer as well as science intuitive for tau neutrino zero point energy (ZPE)”. In addition, Terese is the Director of the ETI (Extraterrestrial Intelligence) Peace Task Force.

Terri witnessed the Phoenix Lights event on March 13, 1997. She described the event as a peaceful ETI greeting to humanity. “Little did I know at the time that what I was witness to was the Mother Craft, a two-mile-wide craft that shared the night sky with multiple crafts, seen by thousands of witnesses in Arizona as a peaceful ETI Hello to Earth,” she explained.

Mitchell emailed Podesta again on September 18, 2015. He wrote: “Because the War in Space race is heating up, I felt you should be aware of several factors as you and I schedule our Skype talk. Remember, our nonviolent ETI from the contiguous universe are helping us bring zero point energy to Earth. They will not tolerate any forms of military violence on Earth or in space.”

It was confirmed by one of Mitchell’s collaborators that the meeting between Podesta and him never took place. During the 2016 election campaign, Podesta declared he would convince Clinton to declassify as many UFO files as possible. In 2014, he tweeted that his biggest failure during the Obama administration was not to ask them for the release of UFO files.

Apollo astronaut Edgar Mitchell died in 2016 but for his entire life, he was a pacifist and a promoter of ETI reality. According to him, ZPE is the ultimate energy source from which all matter derives.