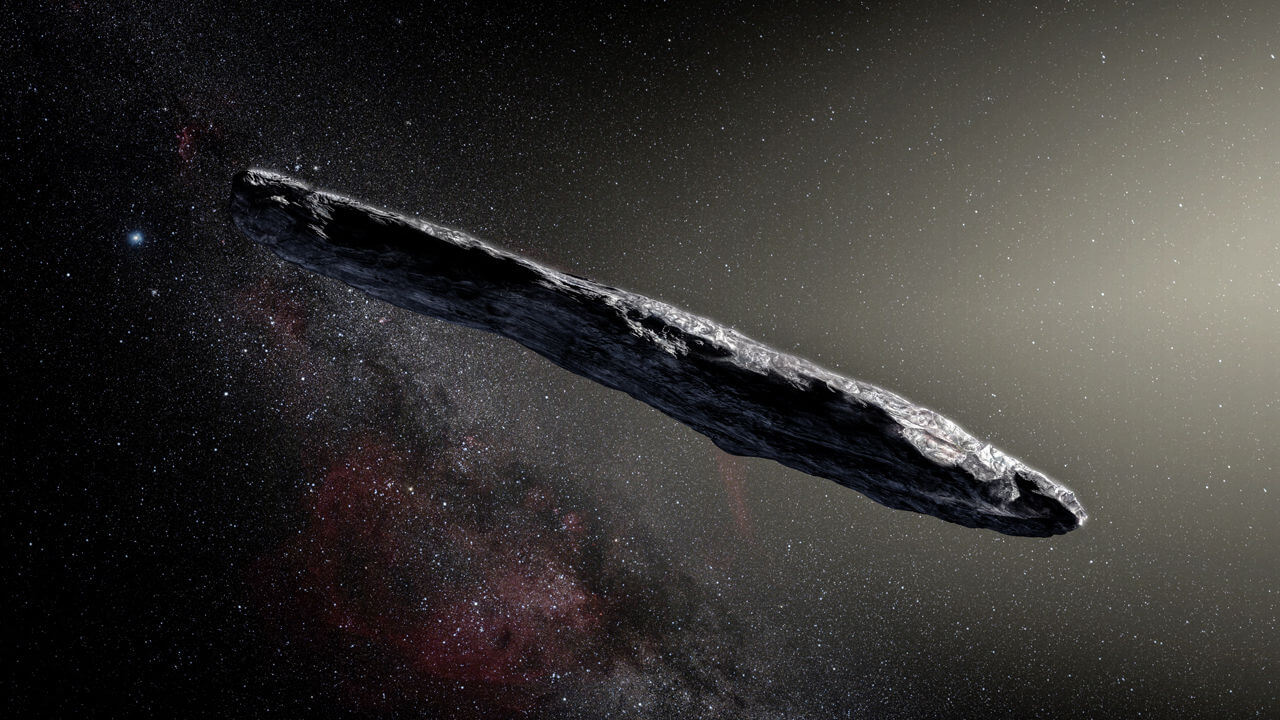 The oddly shaped object that came whizzing past the Sun and Earth in 2017 on a trajectory from outside our Solar System prompted wild speculation. Most scientists think the cigar-shaped visitor, less than 1 kilometer long, was a comet or asteroid from a nearby star or some other cosmic flotsam. But theoretical astrophysicist Avi Loeb of Harvard University argued that ‘Oumuamua, Hawaiian for “scout,” was an alien creation—a light sail, antenna, or even a spaceship. Today he announced a plan to look for more such objects: a philanthropy-backed effort called the Galileo Project.

The effort will use existing and new telescopes to systematically look for mysterious artifacts that could be satellites hiding in Earth orbit, interstellar objects—whether natural or manufactured—and even unexplained craft in Earth’s atmosphere. “It doesn’t really matter if it’s a natural artifact or a relic. If we look, we will find something new,” Loeb says.

After Loeb published a book, Extraterrestrial: The First Sign of Intelligent Life Beyond Earth, which made the case that ‘Oumuamua was some sort of alien technology, he says several wealthy individuals got in touch—unsolicited—to offer funding for such research. Four of them ultimately donated $1.75 million, enough for him to move forward with his plans. He assembled a research team involving several well-known astronomers and researchers from other fields, although he admits not everyone he approached was receptive. “The science community should be open minded. That’s how we make progress,” Loeb says.

The project proposes using data from existing and upcoming survey telescopes, such as the 8-meter Vera C. Rubin Observatory under construction in Chile, to look for more objects like ‘Oumuamua. Detecting incoming objects early will give researchers more time to study them than the 2 months it took before ‘Oumuamua passed out of the range of telescopes. Loeb also hopes to design—in collaboration with space agencies or companies—a launch-ready space mission to study an incomer at close quarters.

Some researchers involved in the search for extraterrestrial intelligence (SETI) welcome such studies. “Everyone would be thrilled to get a close-up look” at something like ‘Oumuamua, says astronomer Jason Wright, director of the Penn State Extraterrestrial Intelligence Center. “We should definitely be ready for the next ‘Oumuamua,” says astrophysicist Adam Frank of the University of Rochester. “We’ll learn a lot about these things whatever they are.”

Others wonder what the Galileo Project will add to ongoing searches for interstellar objects. Alan Fitzsimmons of Queen’s University Belfast, co-leader of the ‘Oumuamua investigation team organized by the International Space Science Institute, notes that existing alert networks already scour telescope data on an hourly basis in search of incoming interstellar objects. Fitzsimmons adds that the European Space Agency is working on a Comet Interceptor mission to launch in 2028 that will sit in orbit waiting for a suitable target, be it a comet or an interstellar object, before rushing out to meet it. “The community can’t wait for the discoveries of the Vera Rubin Observatory,” he says.

The Galileo Project also plans to look for alien artifacts closer to home. The U.S. director of national intelligence released a report to Congress last month outlining what is known about 144 reports from military and intelligence sources of unidentified aerial phenomena (UAP), aka unidentified flying objects. The report concluded most UAP probably were physical objects—as opposed to optical or atmospheric phenomena—but the data were so poor that it could not determine whether they were “clutter” such as weather balloons and drones, still-secret programs by U.S. or foreign agencies, or something else. “The government is the most conservative organization you can think about,” Loeb says. For it to admit that it doesn’t know what UAP are is “a very significant statement.”

The Galileo Project will aim to get high-quality images of UAP to discover their nature. A 1-meter telescope with a modern sensor can see details as small as 1 millimeter on an object 1 kilometer away, Loeb says, and such an instrument can be ordered off the shelf for $500,000. If funding allows, he would station tens of telescopes at strategic positions across the globe, scanning the skies for UAP, perhaps aided by radar and infrared sensors.

“It’s a reasonable question to ask, has the Earth been visited in its 4.5-billion-year history,” Frank says. If we discovered obvious signs of life on nearby exoplanets, we would send probes, he says. “Looking for artifacts [close to home] is a reasonable approach.” But other researchers balk at the idea that UAP have anything to do with SETI. “They don’t seem to have any obvious connection,” Wright says. Fitzsimmons was less diplomatic. “OK, that’s bollocks,” he says.

A third part of the project would involve looking for extraterrestrial satellites in orbit around Earth using artificial intelligence techniques to process data from existing survey telescopes. Again, researchers point out that government agencies already have sophisticated surveillance of everything in orbit around Earth larger than 10 centimeters in size. “The military is very good at that,” Wright says.

During his book promotion Loeb characterized his colleagues as blinkered and prejudiced against the search for alien relics and signals, known as technosignatures. Nor did he win fans for an ill-tempered exchange in February with SETI pioneer Jill Tarter. But he is more diplomatic now, acknowledging that his quest “takes people out of their comfort zone.”

But it’s “an exciting opportunity,” he says. “We’ll find whatever we find and look at the evidence.”