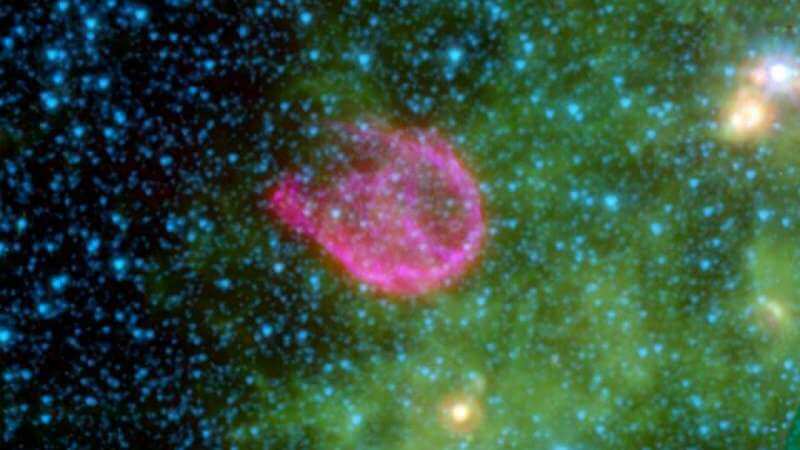 The first-ever discovery of an extraterrestrial radioactive isotope on Earth has scientists rethinking the origins of the elements on our planet.

The tiny traces of plutonium-244 were found in ocean crust alongside radioactive iron-60. The two isotopes are evidence of violent cosmic events in the vicinity of Earth millions of years ago.

Star explosions, or supernovae create many of the heavy elements in the periodic table, including those vital for human life, such as iron, potassium and iodine.

To form even heavier elements, such as gold, uranium and plutonium it was thought that a more violent event may be needed, such as two neutron stars merging.

However, a study led by Professor Anton Wallner from The Australian National University (ANU) suggests a more complex picture.

“The story is complicated—possibly this plutonium-244 was produced in supernova explosions or it could be left over from a much older, but even more spectacular event such as a neutron star detonation,” lead author of the study, Professor Wallner said.

Any plutonium-244 and iron-60 that existed when the Earth formed from interstellar gas and dust over four billion years ago has long since decayed, so current traces of them must have originated from recent cosmic events in space.

The dating of the sample confirms two or more supernova explosions occurred near Earth.

“Our data could be the first evidence that supernovae do indeed produce plutonium-244,” Professor Wallner said. “Or perhaps it was already in the interstellar medium before the supernova went off, and it was pushed across the solar system together with the supernova ejecta.”

Professor Wallner also holds joint positions at the Helmholtz-Zentrum Dresden-Rossendorf (HZDR) and Technical University Dresden in Germany, and conducted this work with researchers from Australia, Israel, Japan, Switzerland and Germany.

The VEGA accelerator at Australian Nuclear Science and Technology Organization, (ANSTO) in Sydney was used to identify the tiny traces of the plutonium-244.

Great Article! Hope you all enjoy!

The study has been published in Science.