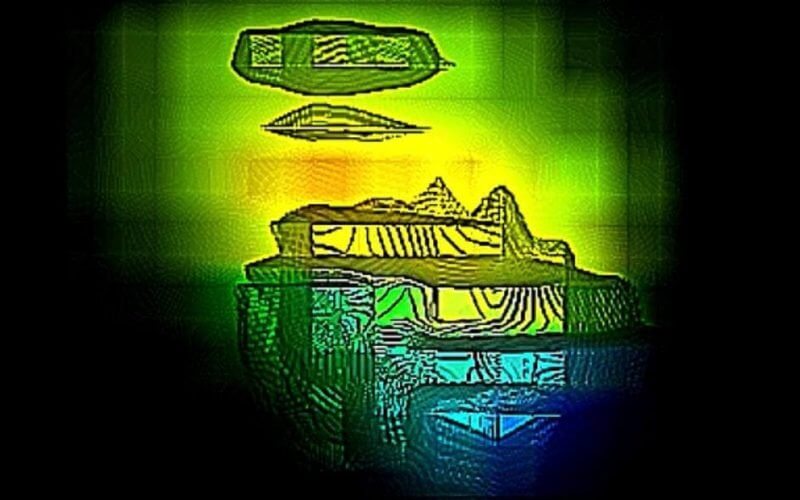 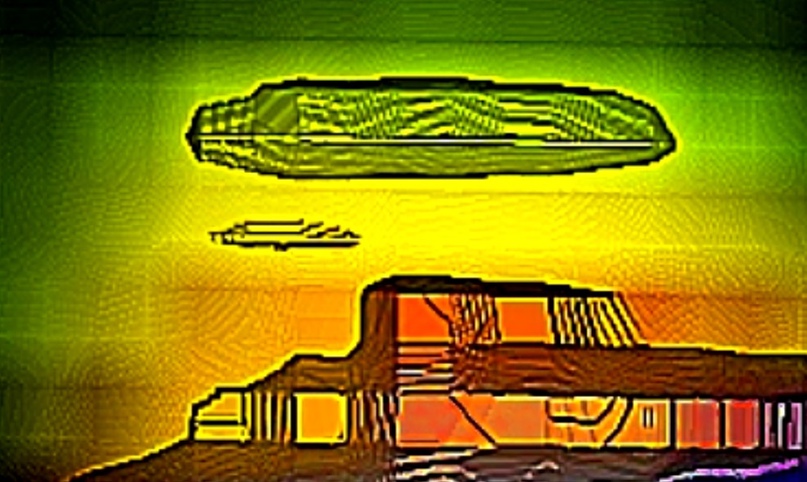 A world-renowned scientist and former engineer of the United States Air Force and Boeing Company, using a telescope, photographed a UFO with a diameter of 250 meters flying at a speed of 48,000 km / h.

But this is just one of the huge UFOs, of which there have been many more. According to Frederick, this is absolute proof that the aliens are already here.

This data has been confirmed as authentic by the US National Air and Space Intelligence Agency (NASIC).

Frederic Portigal, a former US Air Force and Boeing engineer, captured UFO images and data with a hyperspectral imaging telescope. According to him, he captured very large objects moving at great speed.

Hyperspectral remote sensing, also known as imaging spectroscopy, is a technique being researched by scientists to detect and identify minerals, terrestrial plants, and man-made materials and landscapes.

The technique will be used on the James Webb Space Telescope, which is slated to launch in December, and will provide a peek into the depths of the universe.

Frederic Portigal is a leading world scientist with extensive experience in this technique.

Frederick was responsible for the process flow design for the Fourier Transform Hyperspectral Imager (FTHSI), the first hyperspectral sensor launched into orbit by the US Air Force Research Laboratory / RVBYI. He created a mathematical model to simulate space observations to be made using Landsat 7 data.

Frederic Portigal has previously worked for organizations such as the Air Force Research Laboratory, Boeing, Northrop Grumman, and the National Science Foundation.

He has a message for our world – giant alien ships are entering the Earth through the portal.

According to the former Boeing chief engineer, aliens are using wormhole penetration technology to move these plasma-like UFOs near the Earth’s surface at a speed of 48,000 kilometers per hour.

His telescopic footage captured the astonishing appearances of plasma-like objects flying at inconceivable speeds in the vicinity of the Petroglyph National Monument near Albuquerque, New Mexico. His telescope was on Sandia Heights with a field of view of about 15 miles.

Shortly after DNI submitted a report to Congress on unidentified aerial events, Portigal wrote on LinkedIn expressing his disappointment at the lack of clarity in the government’s efforts.

“I have decided that the recent congressional report on UAP’s (UFO’s) was lacking in detail with respect to the ‘other’ category considering what I had provided to NASIC and the DIA.

They have all this data, which proves that giant motherships are infiltrating into our world, with smaller ships on board and that leave the motherships and stay here, and the motherships leave and return with new cargo. This has been happening since at least 2008, when we first recorded their appearance.

The military and the government have all the information and they themselves are now watching the ongoing expansion of aliens on Earth. Why do they transport their ships to us in such quantities? Why is the government silent about this?”

According to Portigal, the Department of Defense has created a special hyperspectral telescope, which they call ” binoculars for hunting aliens.”

The technology is based on Frederick’s personal telescope and was refined with $ 750,000 from the Air Force Research Laboratory.

The footage from his own telescope was posted on a platform that uses blockchain technology to prevent evidence tampering, Frederick said.

The video recording begins with a concentration on the white sphere – such luminous balls are very often observed by many eyewitnesses of the appearance of UFOs in our sky, but they do not see what is hidden behind this plasma screen.

Simply put, intense energy gathered in one visible location looks like a highly illuminated ball to the naked eye. Once Frederick’s sensor is able to analyze the plasma and estimate the volume of gases, it can build a picture of the object hidden behind the plasma envelope , showing the true outlines of the pyramids and various other shapes of UFOs  that were dropped by the large mother ship.

The telescope is an 8-inch Newtonian reflector from Calestron, with a Celestron solar system imaging device. Camcorder – Celestron NexImage with philips toucan lens, which is not intended for telescope eyepiece.

According to Frederick, his technical report accompanying the video is absolute proof that the aliens are already here.

“You have to understand what this is about – I have developed a technology with which you can see alien ships. I developed this technology officially and the military, with the support of the government, invested in it and improved it to make “binoculars for detecting alien ships” for themselves.

I first discovered these mother ships entering our world through wormholes (portals) and dropping their cargo – smaller ships, back in 2008. Why people are not told that alien ships invisible to ordinary people penetrate into our world. What is their purpose? What are they doing? What are they preparing for?

Perhaps this is evidence of extraterrestrial mining on our planet, but who knows what is in the cargo that materializes and travels through the wormholes after the mother ship departs?

This is not one ship. These are giant alien ships hidden from our eyes with the help of their camouflage technology, which one after another materialize in our sky and drop other ships.

The United States has officially recognized the existence of a UFO in our sky. This is good, but they said “A” did not say “B” – they left a shadow of doubt by saying that they did not know whose apparatus it was and the Pentagon did not use the definition of “extraterrestrial”.

And this while, since 2008, they have been watching giant alien ships infiltrating our world every day!”

“They travel through wormholes, and another possibility is a portal between parallel universes.

Portigal’s revelations coincide with Luis Elizondo’s recent remarks on the genesis of humanity. Perhaps it is time to reconsider what whistleblowers have been attempting to express to the broader public for decades.