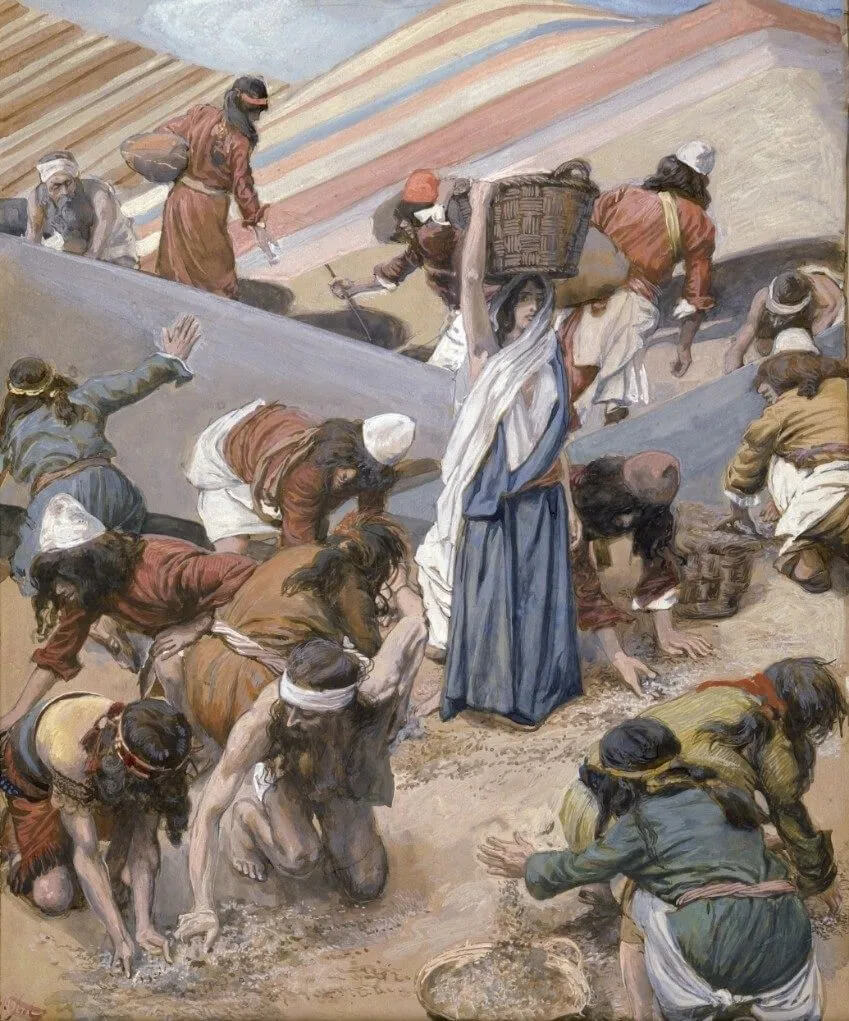 The manna machine was a very dangerous device, some theorists suspect that the reactor that powered the machine was being transported in the Ark of the Covenant.

In the Jewish Bible, the book of Exodus describes how the Jewish people suffered during slavery in Egypt. Then around the 14th century BC, the pharaoh fearing an increase in population ordered the death of all Jewish firstborns born in Egypt. To save her son, a mother placed the baby in a basket and left him sailing on the River Nile.

This boy was found by the Pharaoh’s family who named him Moses and raised him as his own. As an adult, Moses discovered his true identity and asked Pharaoh to release the Jews. When Pharaoh refused, Moses helped the Jews to flee.

Historians believe that Moses and his people crossed the Red Sea and headed for the Sinai desert. According to ancient texts, God was furious with the Jews for having worshiped idols and made them wander aimlessly in the desert for 40 years before they arrived in Israel.

Inevitably, as there were many people and little vegetation, as it was a desert, they were left with few provisions. At this point, God intervened and sent the manna from heaven.

The Bible says that during that time the Jews survived on a single source of food, the manna. But what is manna?

The Jewish Bible does not describe the manna in detail, but another ancient Jewish text provides more clues. The Zohar describes that something called “the ancient of days” provided manna. However, what was this “the old days”?

Intrigued by this information, two electrical engineers used the descriptions of “the ancient of the days” to design what they called the manning machine. Rodiney Dale (Co-author, The Manna Machine): This is a key diagram of the manna machine that we built from the texts.

Following these descriptions, we were able to analyze the relative positions and build the specified machine. In the end, we saw that it was biochemically viable.

The machine captured the damp morning air and condensed it on the part of the machine that looks like a dome. Then it was mixed with seaweed. The seaweed was treated with energy to accelerate growth. The energy was produced in a small nuclear reactor that would produce the necessary heat and light.

The manna machine was a very dangerous device, some theorists suspect that the reactor that powered the machine was being transported in the Ark of the Covenant.

It was believed that the manna machine provided a very nutritious form of green algae as a food source. This is another theory generated by modern science. The green chlorella seaweed is grown in tanks today. It feeds people who live in a closed environment like astronauts and keeps them alive. Analyzes have also shown that human life can be maintained for long periods only with the consumption of chlorella algae.

If the Jews’ survival depended on the manna machine where did they get it? Some think they stole it from the Egyptians (however that does not explain its origin), others suspect that extraterrestrials gave it to them as a charitable gesture to prevent famine in the desert.

Some theorists believe that it would be unlikely to have been built on Earth. But many believe in extraterrestrial origin, created by an advanced civilization in space.