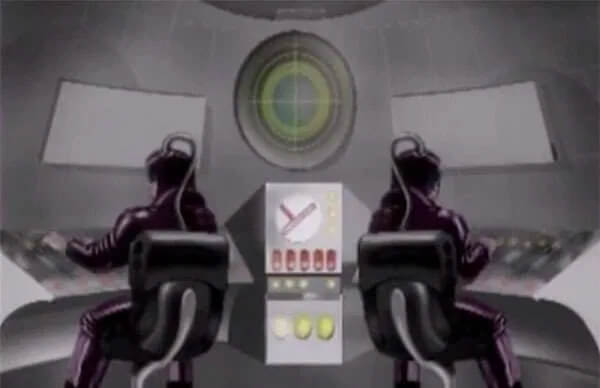 On May 16, 1979, Arlindo Gabriel dos Santos witnessed the landing of three UFOs and the huge manned spacecraft in Baependi, Brazil. It was considered to be the most impressive UFO encounter in the history of UFO sightings in Brazil, investigated by Ubirajara Franco Rodrigues. The story started when Santos went out hunting with his two friends José da Silva and Oliveira Prudente in the morning.

The friends were only six kilometers far from their houses when they decided to split up. Santos had a cheap camera and his hunting weapon. After a while, he spotted strange objects that had landed near his location. In curiosity, he rushed to observe them.

According to Santos, the bigger UFO was about 10 to 12 m in diameter and 8 m high, in addition to an unusual spike that increased it by another five meters.

When the first UFO cylindrical in shape arrived, Santos managed to take photos of the object. But when the other two UFOs landed near the first one, he got frightened and tried to escape from the landing place.

“I went through the woods across a valley and into a field when I saw an object that came down in the middle of the field. It was white and shaped like a post, about two and a half palms wide and one and a half meters tall. On top of it was a sphere that blinked red and white. I took my camera out and took a photo of it. Suddenly it vanished before my eyes. I walked on and when I got to the spot where it landed, a second object came down. This one was shaped like a top and had like a little fan turning around on top of it. It was shaped like a spear on the bottom and that stuck in the ground.”

While running, he was stopped by some kind of light beam from the alien ship and saw two aliens coming out of it. They wore identical clothes and transparent helmets. The aliens were about 1.5 meters high but looked very strong. They had big eyes, short standing hair, wide but flat noses, round faces, thin lips and small ears.

Santos began screaming and begging them to let him go, but the aliens tried to calm him down and told him that they were not going to harm him.

“The two men came to me and each took me by the arm and I got even more troubled and frightened. I said to them, ‘For the love of God, let me go!” And they replied, “In God, we are all brethren. We don’t hurt anybody. We only want some information.”

After that, the aliens took Santos to their ship. He noticed the UFO door with a four-step ladder, and there was another alien standing there who asked him if he had seen “zurca” coming down to the Earth. He said: “No, what is a zurca?” Then, the alien explained to him that it was a device for communication. Finally, the beings took Arlindo inside the spaceship.

Santos explained the inside, atmosphere was completely strange. It was colder than outside and smelled like dust. Inside, he saw other aliens who were busy doing some work. He also saw a blonde woman, plump & pink-faced, with no neck and wearing something similar to telephone receivers on her ears. He also met some other aliens, and they all had human-like appearances.

The female alien gave him some information about the Sun, Moon, Earth, and her civilization on the TV-like screen. She said:

“Here is the earth, the sun and the moon, and the earth turned and turned in the picture until it vanished. Everything got dark. Then a little spot appeared at the top left and grew larger and larger until it was about three centimeters long. This was their country. This is where we are. I don’t know if we were in their country or on earth.

We come from there and return in only a few hours but it is according to the rotation of the earth. If the rotation is not favorable we cannot pass. When that happens, we go back. Then the man pressed a button, the light went off and we went back to the other room.”

Santons spent about 2 hours on the alien ship and after that, he returned to his home suffering from severe nausea and dizziness.

UFO investigator Ubirajara Rodrigues was leading the case of Santos. When he asked about the camera that Santos had used to take UFO photos, it turned out the camera was burnt. Anyway, Santos had a video recording, and he gave the copy to Rodrigues. After analyzing the video, he and another UFO research group went to search the area where Santos had seen the UFOs.

Rodrigues found Santos’ bag which he had lost during the incident. The bag was chewed by some animal and also had some strange printing like hieroglyphics which had not been there before. Those hieroglyphics were never decoded.

Santos also said that white spots on his body that used to itch in his childhood suddenly disappeared after his encounter with aliens. The retired judge of Baependi, Antônio José Levenhagen said: “I have known Arlindo and his family for many years. They are good people.”