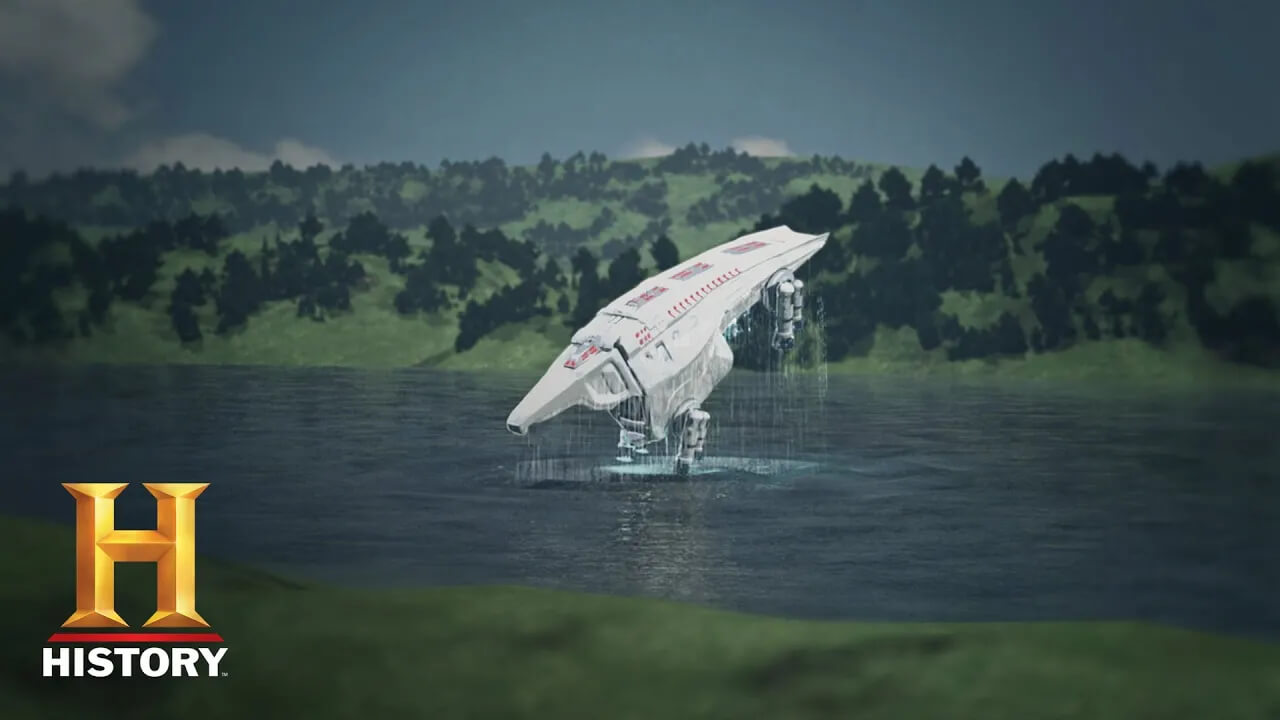 The continued research on the ancient discoveries has always stunned the archaeologists who are trying hard to collect information about previous civilizations on Earth. The Egyptian type pyramids are found around the world and share a link between different cultures that existed thousands of miles from each other. Since the 20th century, amazing ancient artifacts have been discovered underwater that include lost cities and pyramids.

In 1992, an experienced diver named Geng Wei from China discovered handcraft flagstones and stone strips at the bottom of Fuxian Lake in the Yunnan Province. Geng accidentally discovered a large pyramid and a lost sunken city that supposedly belonged to the ancient Yunnan civilization during the Han dynasty (206 BCE–220 CE).

Fuxian Lake covers an area of 212 square kilometers, stretching through Chenjiang, Jianchuan, and Huaning Counties in Yunnan Province. The lake has a depth of 155 meters that makes it the deepest lake in the Yunnan Province. Besides, it is the third deepest freshwater lake in China.

Geng heard the legends about the lake that said people could see an impression that resembled a city under the lake from the mountains. Did he discover the ancient lost city? To get assurance, he dove 35 times underwater and explored the lake’s bottom. After surveying, he called the experts from Yunnan Province.

Ancient astronaut theorist Giorgio A. Tsoukalos said: “What he saw was quite extraordinary. Handcrafts limestones, roads, buildings, and it as if he had discovered an underwater. The clearest evidence of dwellings at the bottom of a lake. It was built when there was even not a lake and that would mean, we are talking about the time before the last ice age.”

In the early 2000s, a Chinese submarine archaeology team conducted an investigation under Fuxian Lake and concluded that the underwater site had two large buildings that were built on huge stone slabs, similar to Mayans, a colosseum-like structure and another structure that resembled a pyramid.

The pyramid at the bottom of Fuxian Lake was built of huge stone slabs with mysterious engravings. It seemed to be even more advanced than Egyptian pyramids.

Experts believe that the sun-like symbol on the stones is very rare and could be even older than 1,800 years.

It would be impossible to install such blocks without special equipment, as well as to bring them to their existing form. The top, consisting of two steps, was lined with sandstone and therefore collapsed. A stronger limestone foundation survived and was found.

Sonar technique showed that the city covers an area of 10.8 million square feet. It was said that the pyramid might have been as old as the Egyptian pyramids and taller than some of them. Archeologists managed to find out that the massive blocks have a bonding composition with each other, reminiscent of cement. There are no gaps between the huge stone blocks.

Chinese researchers also discovered some handmade stone artifacts such as clay pots beneath the lake. From the carbon dating method, the sunken city was estimated to be 1750 years old. It is assumed that the under-lake structures were constructed by the Dian people who were good at metalworking. As the Han dynasty expanded towards Yunnan province, the ancient Dian kingdom assimilated into it and disappeared by 109 BCE.

Ancient astronaut theorists suggested that the lake could be the base for UFOs. There is a legend behind Fuxian Lake. According to a book titled “Cheng Jang Fu Zhi” written during the reign of Emperor Daoguang, “a flying horse-like animal that lived in the lake, described as white with red spots on its back. More intriguingly, it was a creature that could actually take to the skies. This suggests it may have been part-USO, part-UFO.”

A disk-shaped UFO was even seen by a fisherman named Zhang Yuxiang at the lake that rose from the underwater on October 24, 1991. He described the UFO as a shiny disk that tossed his boat by creating strong waves into the water.

After this amazing underwater discovery of pyramids and cities, a lot of questions have arisen. Who built that city? Why is there no record of it in the ancient Chinese texts? What happened to its inhabitants? Is it possible that the city existed before the last ice age?