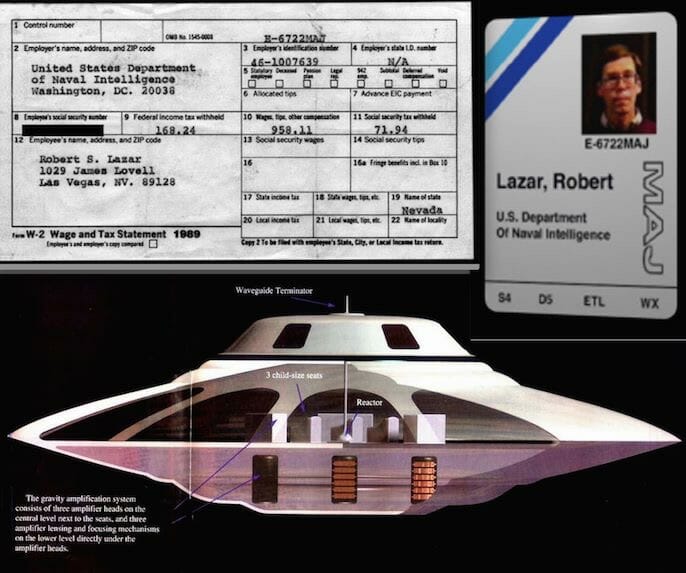 Bob Lazar
In 1989, physicist Bob Lazar broke the story of Area 51 and the US government’s work on alien spacecrafts. He blew the whistle, shocked the world, then went silent – until now…

Though he’s remained silent for many years about what he allegedly experienced at the top-secret U.S. Air Force facility, Bob Lazar agreed to be interviewed for the Area 51 Netflix doc, which was initially released in 2018.

Here are some basics you should know before diving into this unbelievable story.

The Sport Model was one of the flying saucers Bob claimed to have helped reverse engineer while working at S-4, a site allegedly close to Area 51. In his 1989 interview, he gave a brief description of how the purported extraterrestrial technology worked.

He went on to share that the three drums are suspended below the gravity amplifiers and that the reactor is located in the middle. “The reactor produces the energy and produces the base gravity wave,” Bob explained.

Bob added, “There is no wiring, there’s no interconnection between any components. The components work just by being close to one another.” He also mentioned that Sport Model was made out of a metallic substance similar to stainless steel.

Bob, who’s now 60 years old, is still alive and continuing to share stories from his alleged dealings with alien aircrafts. He claims to have read government briefing documents that depict instances of extraterrestrial involvement in human affairs dating back 10,000 year

But Bob admits that he now regrets ever saying anything publicly about Area 51. “It’s changed my life a lot,” he says of the time he spent out in the desert. “It’s really difficult to find positive aspects of that.”

He was Brave but suffered lots of criticism and loss of his privacy. I admire you for what you have done for humanity.
Love and Regards,

1 thought on “Extraordinary Beliefs with Bob Lazar and Area 51”