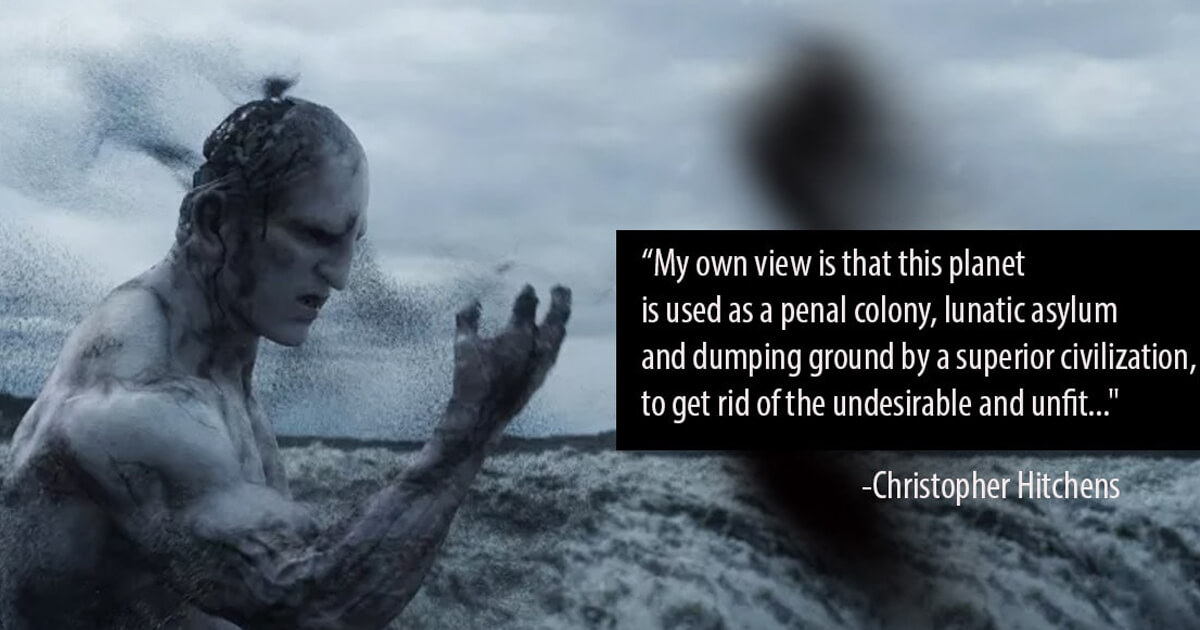 A new book was released titled “Humans are not from Earth: A Scientific Evaluation of the Evidence” by Doctor Ellis Silver in which he states that, as the title suggests, humans were never native to Earth but quite the contrary, we were actually aliens ourselves to this planet until the higher beings of the universe declared that we are too violent to roam around the galaxy so they banished us here.

It may be a lot to take in, but the idea that we are prisoners here on this planet is actually quite plausible when you realize all of the information backing it up.

Take for example how Dr. Ellis Silver came across this realization himself. He was just walking outside, minding his business when a ray of sunshine completely blinded him for a couple of seconds.

He looked around trying to shield his eyes as he realized that no other creature around him would shield its eyes away from the sun. Birds were fine with it, and so was everything else. Why?

Not only that, but he also showcased the fact that our bodies are not used to our own planet’s gravity and we are also used to 25-hour days as opposed to the 24-hour days that Earth has.

Read his book if you want to find out more, honestly, the evidence is all here we just needed to open up our one layered eyelid-ed eyes.