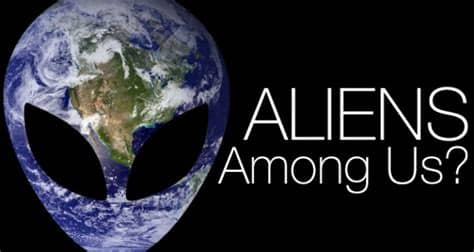 Evidence | Do you think we’re alone in the Universe? Do you think that in the infinity of space and time did not evolve and do not live other intelligent creatures? Over the past 10 years, testimony about the emergence of UFOs has exploded: daily around the world, news about unidentified flying objects appears in the media. One of the most conservative institutions on Earth, the Catholic Church, even admits the possibility of alien existence. And the secret services have begun to declassify older UFO files since 1950. Do you think we’re getting ready?

In December 2007, Japan’s Defense Minister made a striking statement about the possibility of an attack on alien forces on Earth. The news then quickly went around the world, perhaps because it was accompanied by an equally surprising confirmation from the cabinet chief Nobutaka Machimura, a former Foreign Minister in the previous Abe government. Minister Ishiba declared, no less, that there was no reason to deny that the UFO exists and that they are controlled by another form of life, stating that he intended to check whether the Japanese army is indeed capable of coping with an alien attack, as “even in the Godzilla movies are actually all the Japanese troops in action.”

The tone of the intervention sparked the audacity of the audience, not only for the reference to Godzilla but also because of the seriousness with which the minister seemed to address the risk of an alien invasion. In fact, far from being a recognition of the existence of alien creatures, as claimed at the time many so-called experts “ufologist” Minister`s statement Japanese have political reasons, namely to strengthen the military role of Japan on the chessboard International. In the same case, Ishiba stated that he did not understand the reason why there was no directive in the legislation of Japan for the possibility of an alien invasion. Beyond this example of using the public’s unknown fear in a political-nationalist key, far exceeded the millions of evidence (more or less indirectly) of the existence of UFOs and aliens: testimonies, photographs, filming, documents.

Practically, some say, more jokingly more seriously, there is more evidence of the existence of aliens than evidence of the existence of each of us. Throughout the world, artefacts and fingerprints dating back to the epochs in which man does not exist on Earth are continually discovered, arguing that they must have been abandoned by aliens passing through there for one reason or another. The authenticity of this type of relic is considered certain.

In 1974, in Romania, 2 km away from Aiud, a group of workers on the banks of the Mures River gave more than 3 objects buried in sand, in a pit with a depth of about 10 meters. Two of these relics have been found to be mastodon bones, several million years old, dating from a period between Miocene (20 million years ago) and the Middle Pleistocene (about 1 million years ago); Instead, the third object turned out to be a mental block, very similar to the upper part of a large hammer. This object was sent to the Institute of Archeology in Cluj-Napoca and the analyses showed that evidence it is an artificial object composed of an alloy of 12 different elements, the aluminum being present in the largest quantity (89%).

Afterwards, all types of analyses made on the object in question supported its artificial and ancient nature, which is quite obvious from the exterior appearance and the aluminum alloy it is made of. Aluminum is not found naturally but combined in some minerals, and only 1,000 years ago, the technique needed to process it was developed. Taking into account all the peculiarities of the object, the researchers considered that this “offence corpus” would be a kind of landing device of a small flying vehicle, such as the monthly modules or the Viking probe.

In support of this theory, the shape of the object, the oval cavities, the scratches on the lower and the corners, as well as the composition of the material, that is the light alloy, would have come. Lastly, the object was described as the sole of a flying landing foot of a flying object. It has been said, this metal leg belongs to one of the many alien astronauts who has visited and operated on our planet since the distant epoch, being only one of the many complex artificial objects discovered to date.

Evidence From Antiquity to the Middle Ages

All over the world, there are prehistoric drawings where our ancestors, among others, depict astronauts and alien beings with signals that perfectly match those existing in modern UFO studies. In the south of France, there are cave paintings dating back 15,000 years ago, which feature flying disks of various types. Ancient peoples evolved, such as the Egyptians, the Greeks, and the Romans, meticulously noted all the events, including the signals of astronauts usually with a spherical or disk form, described as fire columns, luminous clouds, flame spheres that floated and made manoeuvres above ancient cities.

In the writings of many famous historians of Antiquity, there are signs of such appearances. In an Egyptian text, there is a sparkling tubular astronaut, like a large snake that landed along a mountain slope. Ramses II served at war with a weapon that had been given to him by the god Amon, with whom he exterminated thousands of enemies on his own and without any protection. In 329 BC, the army of Alexander the Great was “attacked” by two flying silver shields, which surprised the Greek army while crossing the Jaxartes River in India.

During the Roman Empire, UFOs were often seen in the air, but also landing and taking off, being classified mainly as fire shields, smoking torches, golden globes. The Latin historian Titus Livius, in his “Storia di Roma”, presents testimonies of circular shield objects flying in the sky that would have been seen above many of the Empire’s cities. He adds that the second king of Rome, Numa Pompilio, witnessed the fall of heaven of one of these “flying shields,” and that he included it among the objects of worship of religious practices he preached.

Chronicler Carcopino recounts that July, after Caesar’s assassination, for seven days in a row, before sunset, a bright UFO could be seen overlooking Rome. Similar signs exist in the works of Plutarch, Valerio Massimo, Seneca, Eschil, and others. In his Natural Science Treaty, Seneca tells, with great detail, the unexplained “bright bars” that appeared unexpectedly in the Gulf of ancient cities. The Dead Sea manuscript dating back to the 1st century BC speaks of people arriving from heaven on Earth and about others who have been taken from the Earth and taken to heaven.

In the days of Carol, the Great is described events from which it results that spacecraft would have taken some inhabitants on board to show how the people of heaven live. Starting in 1300 began to be reproduced in UFO paintings “appearances”.

Renaissance and the seventeenth century

In 1600, Giordano Bruno was burned on the Inquisition, for he dared to say that there is evidence of other inhabited worlds, following the detection of flying vehicles piloted by aliens in an alien way. And in the paintings of the Renaissance, there are different types of UFOs, integrated into much of the work with the religious subject, because it was believed that evidence of UFOs were divine manifestations. In 1544 an event took place in a collection at the Central Library in Zurich. “In the year 1544, signs were seen on the Sun and the Moon, and people began to be afraid, afraid God might punish the Terra for their sins”. The appearance of the unmarked signs was preceded by an earthquake. In a medieval chronicle, it is reported that in 1561, on April 14, at sunrise, several unidentified flying groups of cylindrical shapes appeared in Germany in the sky of Nurnberg and began to struggle with them. The event resonated all over the world.

Aliens of our day

In 2009, mystery fans went into fibrillation when Barack Obama vowed to talk to the US about UFOs, announcing that it would decrypt the government’s top-secret dossier on flying saucers and aliens’ secret talks to end once for always, the long history of suspicions, indiscretions, insinuations, and fantasies, more or less founded, on their existence. However, Obama’s deposition is still to be expected. It can be said that UFO man-made obsession began officially in June 1947, after American pilot Kenneth Arnold recounted his third-grade meeting evidence with nine unidentified flying objects that would have climbed in the air near Rainier, in the state of Washington.

Then, just a few days later, came the Roswell accident in New Mexico, where the alleged wreck of a flying saucer was found, with pilots on board, immediately “extracted” and transported in one place of maximum safety. It was the famous Area 51, a secret base in the middle of the Nevada desert, used to experiment with new aeronautical technologies. The American Military aviation chiefs rushed to clarify both episodes: UFOs on Rainier Mountain were in fact prototypes of “flying saucer” tested in that area, and as far as Roswell’s supposed aliens are concerned, they would have been just some simple mannequins used to launch high-rise parachutes.

And yet, despite (or precisely that!) official denial, allegations about aliens have not ceased. A number of “favorable” circumstances, the influence of the media, and even scientific progress, have all led to the explosion and spread of a genuine man in the United States all over the world. The occurrences of unidentified flying objects multiplied exponentially, fueling a debate in which, over time, physicists (interested in bringing the phenomenon back to science), astronomers and even a Carl Jung’s psychoanalyst, author of a UFO theory as “archetypes of the psyche”, projections and objectification of an unconscious repressed by the rational certainties of science and technology.

This is how “ufology”, a science, or more correctly said a pseudo-science, which proposes to classify UFO phenomena and explain their causes; a suite of fanciful hypotheses and more rigorous positions, perennial to “just” a step of finding the decisive argument and demonstrating the existence of aliens and their presence on Earth.