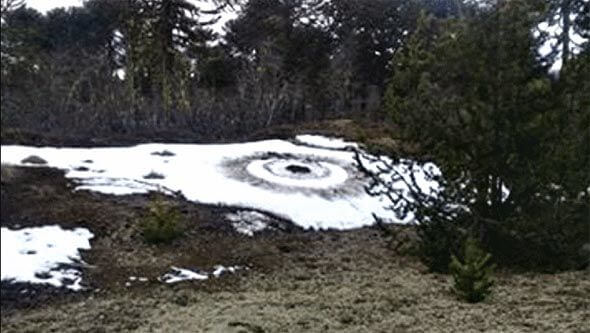 UNIDENTIFIED Foreign Object (UFO) tracks have been left in the snow in Argentina, leading some to believe that aliens are visiting Earth.

Alien hunters were up in arms when a young man named Rodrigo spotted what looks like a landing print left in the snow in a small village called Moquehue.

Two separate prints were left – one is a swirling shape while the other looks similar to a star on October 15.

What makes UFO investigators believe it was left by an alien spaceship is that the marks are fresh and there are no footprints in the surrounding snow.

After returning to his family, he made them aware where they returned and took photographs of the ‘UFO landing’.

Rodrigo continued: “I was surprised that there were no footprints nearby. This in an area that is rarely visited.

“I believe UFOs exist. Perhaps it was them.” 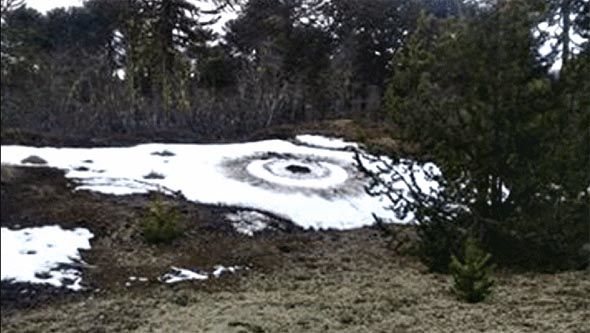 Many people in Argentina believe aliens are trying to contact them, it would seem.

A UFO ‘landing pad’ was built in the wilderness of Argentina by a man who claims aliens told him to create the site. 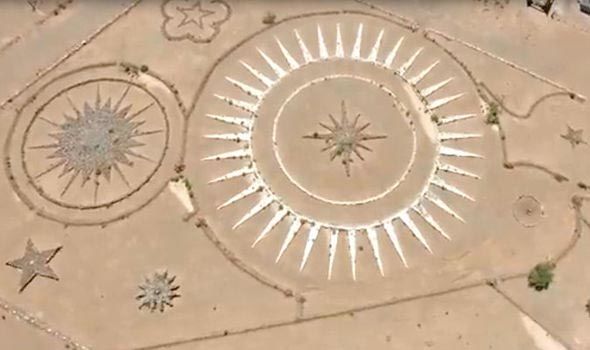 A UFO landing pad was built in the desert of Argentina (Image: YOUTUBE)