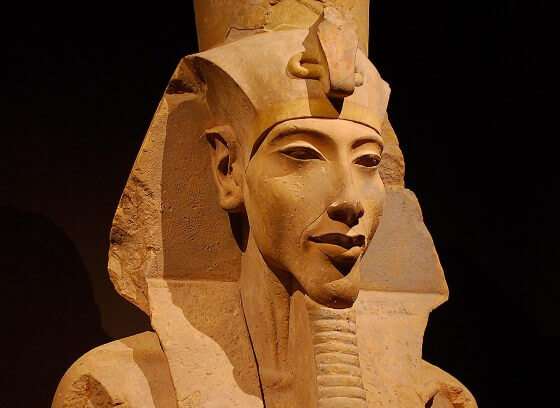 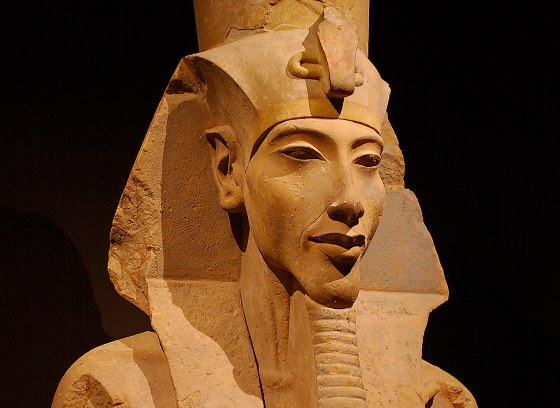 A new genetic study shows that the lineage of Egyptian pharaohs was subjected to deliberate genetic manipulation by a technologically advanced civilization.

Some call it definitive proof that the pyramid builders had a close connection to beings originating elsewhere in the universe.

Stuart Fleischmann, associate professor of comparative genomics at Swiss University in Cairo, and his team recently published the results of a 7-year study that mapped the genomes of 9 ancient Egyptian pharaohs. Their findings could change world history.

Fleischmann and his team subjected the ancient DNA samples to a process called polymer chain reaction (PCR). In the field of molecular biology, this method is often used to replicate and amplify a single copy of a DNA fragment, allowing researchers to get a clear picture of the human genetic fingerprint.

Eight of the nine samples yielded interesting but typical results. The ninth sample belonged to Ehnaton (Amenhotep IV), the enigmatic pharaoh of the 14th century B.C. and father of Tutankhamun.

The source of the DNA sample was a small fragment of dried brain tissue, and the test was repeated using bone tissue, but the same results were obtained.

One of the samples turned out to be a gene called CXPAC-5, which is responsible for cortical growth. The abnormality can be seen in the image below. 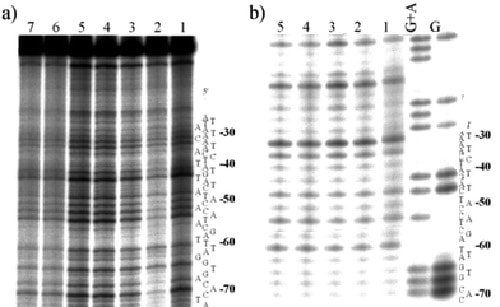 The right section shows the prevalence of the CXPAC5 gene in a normal person. On the left is a DNA sample from Ehnaton (Amenhotep IV) .

The increased activity in the genome of Ehnaton (Amenhotep IV) suggests that he had a higher skull volume because of the need to accommodate a larger cortex.

But what mutation could have caused the growth of the human brain? Despite years of breakthroughs in genetics, we have yet to discover such a method.

Could this 3,300-year-old evidence indicate ancient genetic manipulation? Was it the work of advanced extraterrestrial beings? Is the mythology of ancient Egypt something more than a collection of allegorical stories?

“Telomerase [a genetic enzyme] is destroyed by only two processes: extreme aging and extreme mutation. According to genetic and archaeological data, Ehnaton (Amenhotep IV) n lived to about 45 years of age. That’s not enough to use up all the chromosomal telomerase, so that leaves one uncomfortable but possible explanation.

“Also in favor of this hypothesis is the fact that electron microscope analysis revealed evidence of a nucleotide cicatrix, which is a signal sign of DNA helix healing after exposure to strong mutagens.”

This suggests that Ehnaton (Amenhotep IV), one of the most enigmatic pharaohs of ancient Egypt, was subjected to genetic modification during his lifetime. If so, this statement supports the theory that ancient aliens once visited a civilization that lived on the banks of the Nile.

Another interesting piece of evidence supports this hypothesis. The picture below shows two photos of bone tissue taken under a microscope from the skull of Ehnaton (Amenhotep IV) and another mummy of the same age. 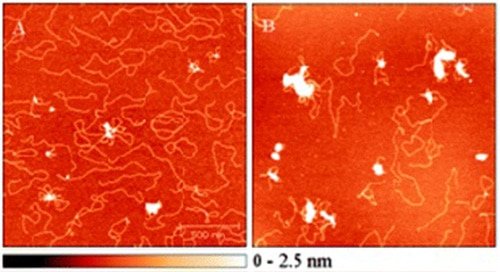 The bone tissue on the left is much denser and fundamentally different at the nanoscopic level. This increase in skull bone strength is an indicator of enhanced brain development.

“This is an exciting finding, to say the least,” Fleischmann said. “My team and I have submitted papers for review, and we’ve run and redone the tests enough times to be sure they’re accurate.

“I don’t know all the implications of our findings, but I am confident that they should at least steer the scientific community in a direction that would have been immediately rejected decades ago.

This research could cause an unprecedented shift in the scientific paradigm. If aliens were actively involved in the lives of the most influential people thousands of years ago, does that mean they will return? Perhaps they never left at all.

But the most important aspect would be the existence of humans, direct descendants of the royal dynasty of ancient Egypt, who still possess alien genes implanted in the genomes of their ancestors.

Ehnaton was an ancient Egyptian pharaoh reformer from the 18th dynasty, known as Amenhotep IV until the 5th year of his reign. He ruled for 17 years and died approximately between 1336 and 1334 B.C. His reign, marked by religious and political reforms, is called the “Amarna period”