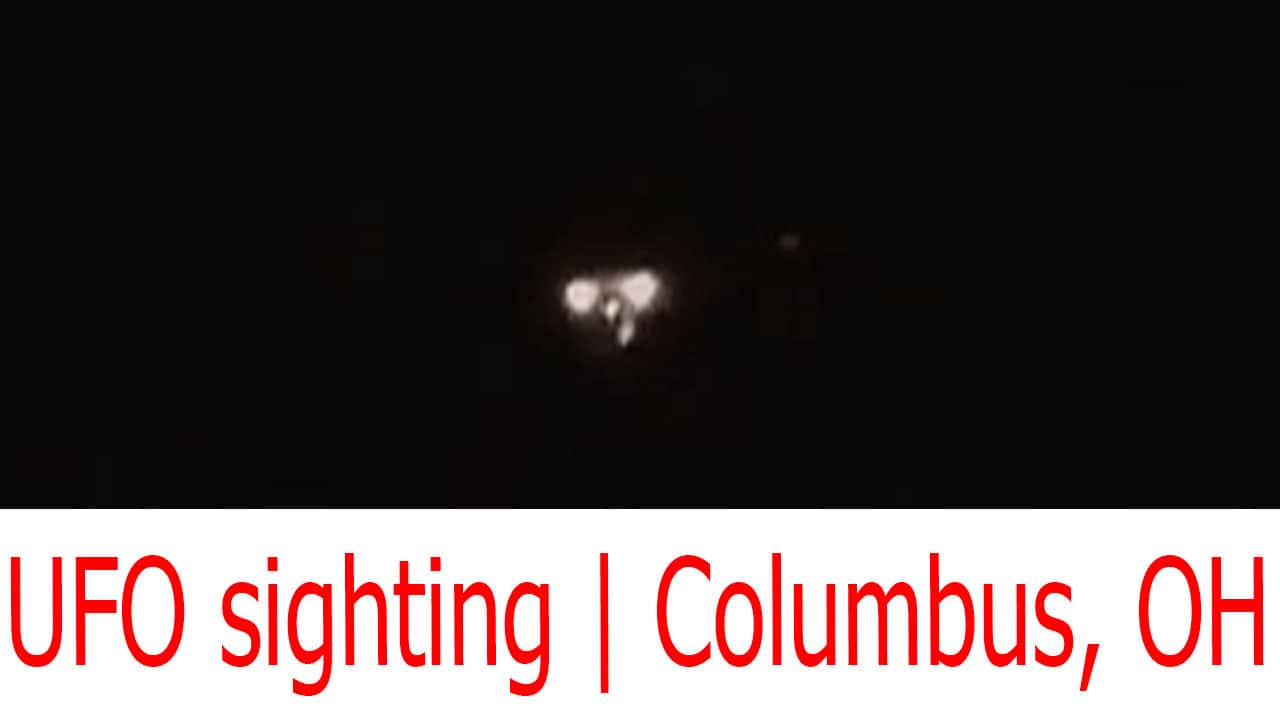 This strange unidentified flying object was filmed over Columbus, OH today (29th October 2020). What do you think it is?

Witness report: My daughter was moving from franklin County Columbus to Fairfield County Lancaster.As we were traveling 3 very bright large lights caught my eye off on the left side (driver) . The one on the bottom went out and when it re appeared it was on my right side (passenger side. I kept watching for a few minutes because it was just sitting in the sky that’s when I told my daughter to record.the lights. As you can see by the camera and our voices we didn’t know what we were looking at. It traveled from way far in front of us to directly over us in a matter of seconds we couldn’t get the entire bottom of the object because we were in traffic and it passed right over us.we were looking directly under it all you could see were the lights the top was as if it were transparent it was dark but I could see a shape of it. At one point it looked like a giant drone but with all the lights that was underneath you should of been able to see exactly what it was but you couldn’t. I say drone because I seen something that went straight up into the air it was so dark you really had to be looking directly at it to even see it.
The only shots we got of this this was when it was coming in our direction and it was low in the sky as if it was going to land somewhere behind us in the fields. I wish I could of gotten a better shot of this thing but I showed it to someone who works at the airport and they said those weren’t airplane or helicopter lights. I tried to download it tom my computer to see if I could get a better look at this thing but wasn’t able to maybe someone at your agency could enhance the video to make sense of what we saw.