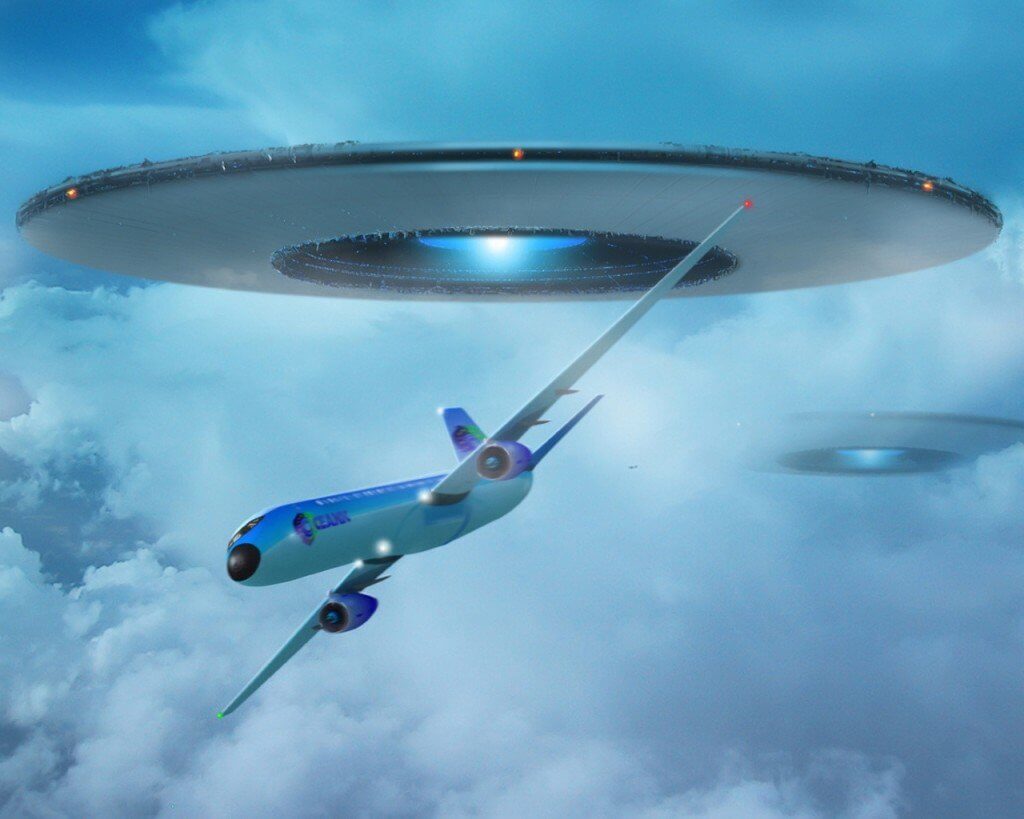 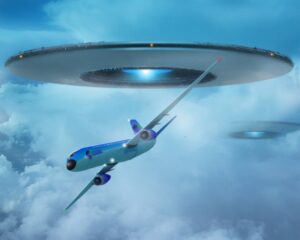 Take a moment and breathe. Place your hand over your chest area, near your heart. Breathe slowly into the area for about a minute, focusing on a sense of ease entering your mind and body.

Introduction: The UFO phenomenon, or as it’s now now called, the Unidentified Aerial Phenomenon (UAP), is exploding within the mainstream. The topic is far from taboo and is receiving legitimate coverage via mainstream media news networks. As a result, millions of people who watch these networks are becoming aware of the fact that there are objects that have been seen by many trained observers while simultaneously tracked on both ground and air radar. There are many such incidents that have been “declassified” where these objects are performing maneuvers no known aircraft can perform and in many cases seem to defy our understanding of aerodynamics and physics.

This massive onslaught of “legitimacy” that’s being brought to the attention of the world via mainstream media does have many people in the UFO field a tad bit suspicious. No doubt about it, the efforts by many “high ranking” people who are appearing on these networks and doing a great job bringing credibility to the subject is wonderful to see, but an important question to ask is, why, after such a long period where the subject was completely ridiculed and labelled a “conspiracy theory” by mainstream media networks is the subject all of a sudden being taken seriously by them?

Intelligence agencies are required to release what they know about the phenomenon in a couple of months, but as Christopher Mellon, Former Deputy Assistant Secretary of Defense for Intelligence recently stated, “classified” information is going to remain classified. In other words, as I’ve written about before, we’re not going to go get any sort of significant information that is probably not already known. Furthermore, there is a lot of speculation going on regarding the origins of these objects and the importance of finding out where they are coming from.

In the mainstream it’s still being presented as a mystery, but based on my research, just as many were aware of the evidence that “UFOs” were and are real decades ago when it wasn’t even considered a possibility, many are also quite convinced that the phenomenon, or at least a part of the phenomenon is indeed extraterrestrial. There is ample evidence, in my opinion, which suggests this.

In his very last interview before his death conducted by director James Fox, Colonel Robert Friend, who from 1958-1962 was a director of the U.S. government’s investigation into the phenomenon at the time, Project Blue Book, suggests the U.S. Air Force knew what these objects were which is why they shut down the program, hinting at the idea that they knew they were extraterrestrial. There are countless credible sources who have been emphasizing this for years, and again there is also evidence available suggesting that this is the case. You can find some of it by sifting through our article archive on the subject.

Former CIA Director John Brennan (2013-2017) was asked about the UFO phenomenon. He stated the following:

I think some of the phenomenon we may be seeing continues to be, um, unexplained, and um, might in fact be some type of phenomenon that is the result of something that, um, we don’t yet understand, and that could involve some type of activity that some might say, um, constitutes a different from of life.

There are countless amounts of stories from indigenous lore, witness testimony and other people “in the know” that hint to this idea. Perhaps some of these objects are ours as well?  Perhaps reverse engineered from crashed craft?

What will we get from the mainstream? Will they be using the phenomenon to debunk the idea that these objects are extraterrestrial, or extra dimensional? Will there be a threat narrative attached to the phenomenon, despite the fact that there is no good reason to characterize the behavior of these objects as a threat? Who knows, we will have to wait and see.

We have to stop reacting to intrusions by UFOs as a threat…there is more…this should not be looked at specifically as a threat…With the phenomenon that we observe if they wanted to blow up those F18s they would do it. Obviously that’s not what it’s all about, and this idea of just la belling it all as a threat because it’s unknown, that’s the wrong idea.

The quote above comes from Renowned UFO researcher, scientist, mathematician, and astrophysicist Dr. Jacques Vallée who recently made an appearance on the Joe Rogan show to discuss the UFO phenomenon. The F18s he’s referring to come from the encounter released by the Pentagon a few years ago that shows Navy pilots attempting to intercept a UFO.

The Interview: The video below is of Dr. Richard F. Haines talking about the phenomenon, with a specific focus on pilot sightings for which there have been more than 3000 recorded. It’s a great interview to learn about the phenomenon and the type of behavior that these objects are constantly seen displaying. Again, a common theme is these objects performing mind-altering maneuvers, traveling at unobtainable speeds, and more. Another one is the fact that many times that these objects approach our aircraft, like military jets, for example, critical electronic capability, like the ability to fire missiles for example, is disabled. Here’s one example of a case described from an Iranian military encounter from 1976.

He also mentions that in 50 percent of the cases he’s come across, the objects appear to come within the vicinity of our aircraft, performing fascinating maneuvers and demonstrating what appears to be curiosity. He mentions that the phenomenon seems to perform evasive maneuvers to avoid our aircraft as to not create any sort of potential for a collision. When I saw this part of the interview, it reminded me of the following quote from General Nathan Twining in 1947.

The phenomenon reported is something real and not visionary or fictitious…The reported operating characteristics such as extreme rates of climb, maneuverability, (particularly in roll), and the actions which must be considered evasive when sighted or contacted by friendly aircraft and radar, lend belief to the possibility that some of the objects are controlled either manually, automatically or remotely.”

Richard is now the Chief Scientist at NARCAP, and organization that has investigated, documented, and analyzed aviation safety-related observations and incidents that have involved, UFOs since 1999.

Below is an interesting picture of a UFO taken by Royal Canadian Air Force pilot R. J. Childerhose on August 27, 1956 from an altitude of 36,000 ft (app. 11 km). The object was higher than app. 4 km and was observed for more than 45 sec.  Again, it’s one of thousands of examples accumulated over the years.

The Takeaway: It’s important to recognize, in my opinion, that in this day in age it’s truly impossible to rely on government to relay any sort of meaningful truth to the public. It’s no secret that citizens around the world have completely lost their trust in these entities as well as mainstream media. We now know that governments have been lying for nearly one hundred years about the reality of the UFO phenomenon, and whatever they have actually discovered is highly unlikely to make its way into the public domain. We may get a sanitized fraction of it.

Like anything else, I believe this is a citizens initiative. We cannot continue to rely on entities with big time conflicts of interests and a history of lies and manipulation for truth.

Today, “national security” seems to be a term used to justify the classification of a wealth of information, and, at least from my perspective, is not always done to “protect the public” and the citizens best interests, but rather to protect certain political and corporate interests and agendas. Anything that threatens these agendas, be it the lust for more power and/or control, or whatever, seems to be done away with quite rapidly. I believe this is why people like Julian Assange, for example, are going through the experience they are. We’ve come to a point where individuals who expose war crimes and unethical actions taken by governments and major multinational corporations are jailed. What does this say about humanity at this point in time? Why is our world drenched in secrecy?

Humanity has unlimited potential, based on my research the solutions to all of our problems exist. We have the ability to create a human experience where all life can thrive, one where we are free to do as we please and have all of our needs met. The issue is that these solutions never see the light of day. For example, if UFO technology could revolutionize the way we generate energy for example, would it be used to provide “free energy” to all? Or would it be used for profit, control, and to perhaps build weaponry? What humanity needs right now is a shift in consciousness, a shift in the way we perceive ourselves and our world and we really need to ask ourselves just what exactly are we doing on our planet ? Does the current human experience resonate with our natural state, or is it simply making it harder for people to be happy.

Perhaps in some unexplainable way, the UFO/extraterrestrial phenomenon is about looking inward at ourselves and asking more important questions. What do you think? One thing is for certain as I’ve said many times before, it leaves no aspect of humanity untouched, and it is a major paradigm shifter that could be a great catalyst for us to learn more about ourselves and the true nature of reality.