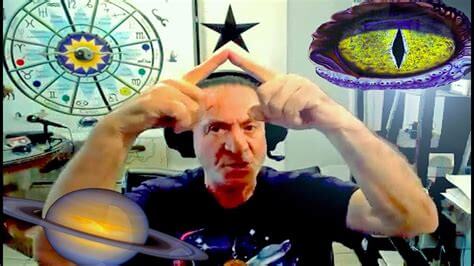 Described as a “MODERN DAY NOSTRADAMUS”, Dr. LOUIS TURI has a long history predicting future world events and catastrophes on Earth, before they occur! Claiming that he is channelling a DRACO Extra-Terrestrial entity in order to use his “Cosmic Consciousness” abilities. Dr. Louis Turi is a multiple Alien-abductee, who has not only had UFO sightings, but even been abducted and taken up in a UFO spaceship. He claims that the malevolent REPTILIAN alien beings, are demonic entities, who are able to possess human beings, top-elite factions of the government, religious communities etc. on many different negative levels, using dark penetrating and low-vibrational energy, keeping human beings spiritually undeveloped. Dr. Louis Turi is an author, lecturer, astrologer, hypnotherapist, cosmic channeller, astro-psychologist. His life story is extraordinary, eye-opening, shocking and controversial – and in this fascinating and dynamic interview with AGE OF TRUTH TV presenter Lucas Alexander, Dr. Turi tells his incredible story and experiences, and is predicting 3 future events and catastrophes, supposedly happening soon. Dr. Turi is known for being accurate with his predictions, such as tsunami´s, the 9/11 attack, the California fires, earthquakes, plane crashes and many other world events. He has been an astrologer and cosmic counselor to a number of Hollywood celebrities. Dr. Louis Turi was born in Provence in the South of France, in the exact same area where Nostradamus was born. He moved to England where he had a musical career, and in 1984 he moved to the United States, living now in Phoenix, Arizona. He is joining AGE OF TRUTH TV on-line from Phoenix for 2 incredible hours of intense information.