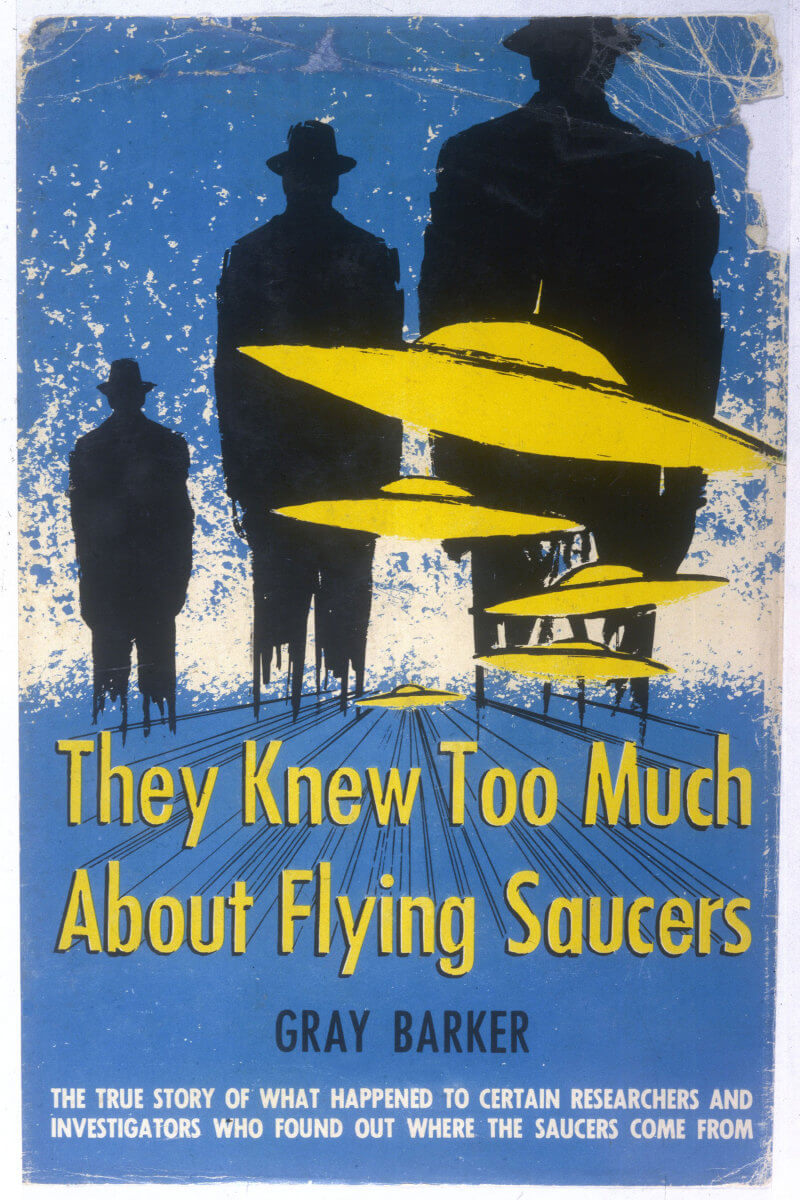 There is intriguing evidence indicating at least one secret, that the helicopter-based organization has been monitoring alien abductees. And there is a possibility that they may still be observing them. Throughout the years, numerous abductees have reported close encounters not only with UFOs and aliens but also with the infamous “black helicopters.” Abductees have reported these typically unmarked aircraft flying above their homes. Occasionally, they hover precariously low and for minutes over the same residences.

Typically, they appear within two days of an alien abduction encounter. All of the evidence indicates that the helicopters are piloted by “black-ops” teams with three primary objectives:

Betty Andreasson is a well-known alien abductee whose 1967 encounters with incredible extraterrestrial creatures have been chronicled in numerous books by UFO investigator Raymond Fowler. The Andreasson Affair, The Andreasson Affair – Phase Two, and The Andreasson Legacy are the titles of these books. The fact that Andreasson has been the subject of numerous books does not make it surprising that she has a government file. This likelihood is increased by the fact that she and her husband, Bob Luca, have had numerous encounters with black helicopters. Barry Greenwood and Lawrence Fawcett, UFO researchers, took a special interest in the helicopter encounters reported by Betty and Bob.

They claimed, that a couple had reported that black, unmarked Bell UH-1 Iroquois helicopters flew over their home on numerous occasions at altitudes as low as 100 feet.” The Luca family described these helicopters as being black with no distinguishing markings. They observed that the windows were also tinted black, preventing anyone from seeing inside. Bob was able to take nearly 200 photographs of the helicopters during many of the overflights. Moving on, alien abductee Debbie Jordan has had a similar experience. She says of the unmarked helicopters she has encountered:

“These could be seen almost daily around our houses. They are so obvious about their flights it’s almost comical. On occasions too numerous to even remember, they have hovered around my house, above my house, and above me for several minutes at a time, not trying to hide themselves or the fact that they are watching us.”

Ufologist Tommy Blann has a few theories as to who is piloting the helicopters and where they come from, despite the fact that there are still many unanswered questions in this regard. Blann was informed by a U.S. Army contract that there are “underground installations as well as isolated areas of military reservations” with unmarked helicopters equipped with sophisticated instrumentation that are dispatched to areas of UFO activity to monitor these craft or airlift them out of the area if one has malfunctioned.

Ed Conroy, a journalist from San Antonio, Texas, published Report on Communion in 1989. It was an independent study of Whitley Strieber and his incredible experiences detailed in Communion, published by Strieber in 1987. Conroy assumed the project without realizing what he was getting himself into. At least, he did not initially.

What began as an impartial investigation into Strieber’s claims quickly transformed into something very different: Conroy was subjected to similar intimidation as the Strieber family. Abundant were strange phone calls, secret surveillance, and even visits from our old friends, those mysterious black helicopters whose crews keep a close eye on alien abductees.

Ed Conroy became a target of whoever pilots the mysterious helicopters one particular morning in March 1987. It appeared to be a Bell 47, said Conroy, but lacked any identifying markings – a peculiar trait, but one that is typical of phantom-type helicopters. Notably, Conroy remarked:

“What was remarkable about this helicopter was the excessive attention it appeared to be paying to my building.”

In no time, and shortly after the Bell 47 finally left the area, a completely black helicopter arrived. The occurrence of follow-up visits prompted Conroy to contact the Federal Aviation Administration for clarification. No success there. In 1988, Conroy began to see helicopters virtually everywhere he went.

And particularly, again, in the immediate vicinity of his apartment, including the massive military Chinooks with double-rotors. Conroy even witnessed some of the helicopters vanish entirely. Perhaps some form of stealthy, cloaking technology? All of this has demonstrated, over the course of the last few days, that the black helicopter phenomenon is vast and varied.

They investigate incidents involving cattle mutilation, alien abductions, and UFO activity. Numerous of them fly in total silence. Since at least the earliest part of the 1970s, they have been present in a significant capacity. They continue to fly around still monitoring and observing.

Who do you think is in charge of these black helicopters?