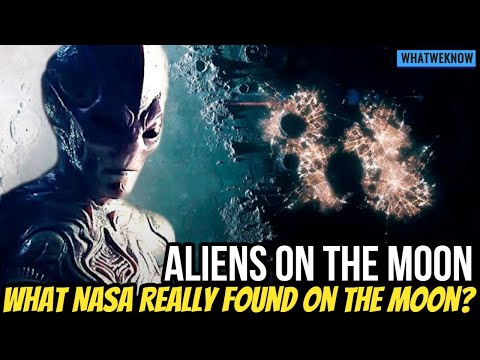 What We Know
Space lovers have studied the structure of the Moon with the gaze of geologists, Planetary Scientists & Astronauts, and they might be wondering by the ruins of spherical cities and transparent domes found on the Moon. In this video, an ancient extraterrestrial civilization on the Moon has been explained with the facts that the NASA (International Space Station) and Soviet Government has hidden about the Apollo 11 missions that found a civilization on the Moon. This video reveals these facts. In early 1996 the discovery of alien civilization on the Moon was explained by the Brookings Institute report. In 1997 a myth book was published by George Leonard regarding the ancient extraterrestrial and an intelligent civilization on Moon was present with technological advancements as the astronauts of the Apollo mission have confirmed this previously. Thirty-five photos taken by NASA’s lunar laboratory photo service proved it but kept secret from the world. Ken Johnston (Former NASA’s lunar laboratory Head) provided the footage showing the ruins of lunar cities, stone towers, tunnels, and other structures. Johnston and Hoagland wrote the dark mission book, revealing that advanced technology and development were present on the Moon. It also goes to surety by press conference conducted by Richard Hoagland at CBS news. Further in this video, the lunar structure of the Moon has been explained, including 44 known areas with various artifacts with the help of pictures taken by astronauts who went to the Moon. Different astronomy researchers claim that the Alien Race once used Moon as a transit base for their activities on earth. The intelligent movement of an alien civilization appeared unexpectedly close to us psychological and technological wise we are not ready for this.