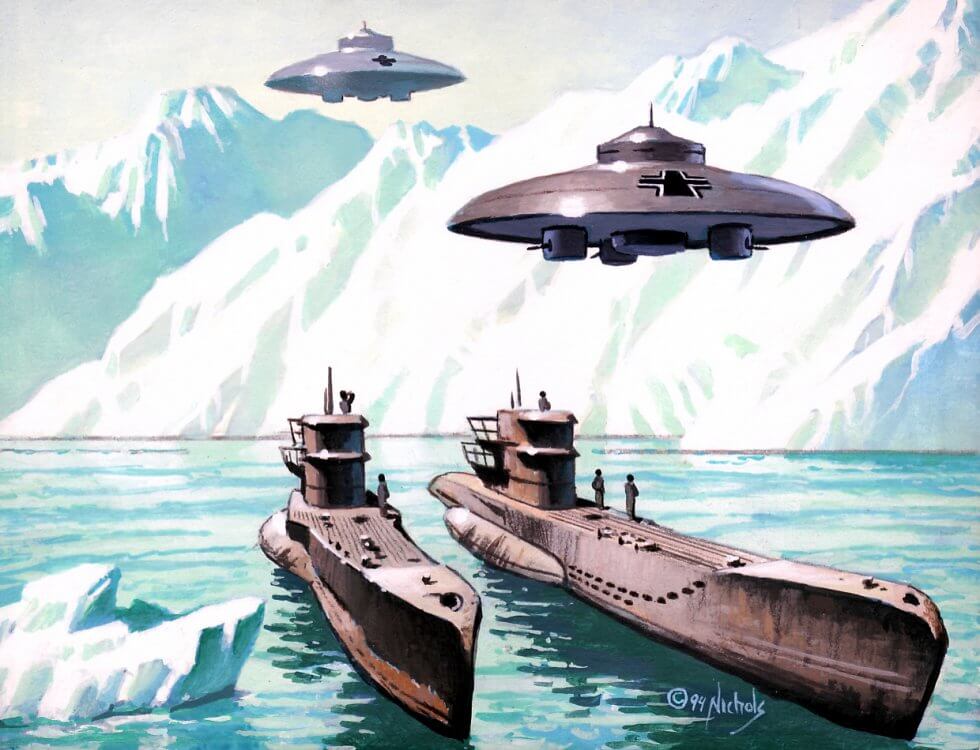 Hitler and the Nazi’s Third Reich has always been a point of discussion among the UFO researchers and ET experts for their advanced technology. There are lots of stories about the Third Reich which connect it to the UFOs. There is no official record that highlights the Third Reich’s advancement in the technology of flying saucers or any base in Antarctica. Well, no government wants to talk about aliens, UFOs, and E.T.s even if they exist because of the possibility of mass chaos. Among all these exciting stories about the Nazi’s Reich, the least discussed is about a woman named Maria Orsic. She was allegedly said to be in contact with otherworldly beings to obtain advanced technology for the creation of flying saucers.

Famous British historian Nicholas Goodrick-Clark wrote a whole chapter about Maria Orsic in his book “Black Sun” published in 2001. During World War II, Germany had a strong desire to dominate the opponents whether through technology, weapons, or intelligence. Then, a young beautiful woman named Maria Orsic came forward and wanted to help Nazis in building flying saucers. She said that she could communicate with extraterrestrials.

In 2010, the German magazine PM sparked everyone with the exciting report, covered by the Telegraph, which apparently claimed that “there is strong evidence that a Nazi UFO program was well advanced.” Deep research was conducted by multiple authors who later put forward an interesting explanation that everything began after the involvement of Maria Orsic. From a very early age, she had an interest in political movements. She was born to a Croatian man in the Austrian capital city of Vienna, and her mother was Austrian.

Nicholas Clarke discussed the secret Vril society in his book and connected it with Orsic. Back in 1919, she moved to Germany where she joined the Thule society, a German occultist and Völkisch group founded after World War I. She acquainted with other women who had the same powers as her. They all were known as “Medium” for their unique power to communicate with extraterrestrials and other things. All these women had a common feature: beautiful long hair. According to them, long hair acted as antennae for receiving information from the universe. Later, Orsic founded her own society known as “The Vril” after she communicated with aliens who had lived during the time of Sumerians. These beings left Earth and went to the Aldebaran solar system. The word “Vril” actually came from an ancient Sumerian word “Vri-ll,” which means “God-like.”

Before her first contact with aliens, Orsic fell into a coma for several hours when she saw tall creatures. After 8 days of the incidents, she started receiving information from the aliens which contained plans and information to build flying saucers. According to Orsic, she communicated with representatives of Aldebaran’s civilization who lived 68 light-years from Earth in the constellation Taurus.

UFO researcher and ancient astronaut theorist Maximillien de Lafayette wrote a book “ALDEBARAN VRIL,” where he explained in detail the role of Maria Orsic and extraterrestrials from Aldebaran.

As per the received information, in 1922, the first prototype of the flying saucer-shaped machine was made but it exploded, disintegrating in half. In the next attempt, Orsic got new information which she shared with Dr. Otto Schumann. He studied and approved this project. In 1923, another flying saucer was made, and it became successful.

Some historians said that the so-called “foo fighters,” or UFOs, were actually Nazi aircraft which showed their advancement in technology. One such incident was explained by Space pioneer Leroy Gordon Cooper during his posting in Germany.

Just before the end of World War II, Maria Orsic and her Vril society members disappeared without any trace. Some believe that she used one of the saucers and departed to Aldebaran while others think that they live under the Earth’s surface. However, many historians argue that the alleged communication between the Vril society and the Nazis was nothing more than a sci-fiction. Others link Maria Orsic’s story with the sci-fiction novel “The Coming Race,” published in 1871, where author Edward Bulwer-Lytton wrote about an intelligent race of people living underworld who used an invisible force known as Vril for their survival, which provided them with cosmic energy.

Due to the similarities between the novel and Maria Orsic, it is difficult for people to choose between real and fiction. But famous German scientist and physicist Hermann Oberth, who is one of the founders of rocket and space science, was the supporter of the extraterrestrial hypothesis for the origin of UFOs.

According to the article published by “The American Weekly” in 1954, Oberth stated:

“It is my thesis that flying saucers are real and that they are space ships from another solar system. I think that they possibly are manned by intelligent observers who are members of a race that may have been investigating our earth for centuries.”