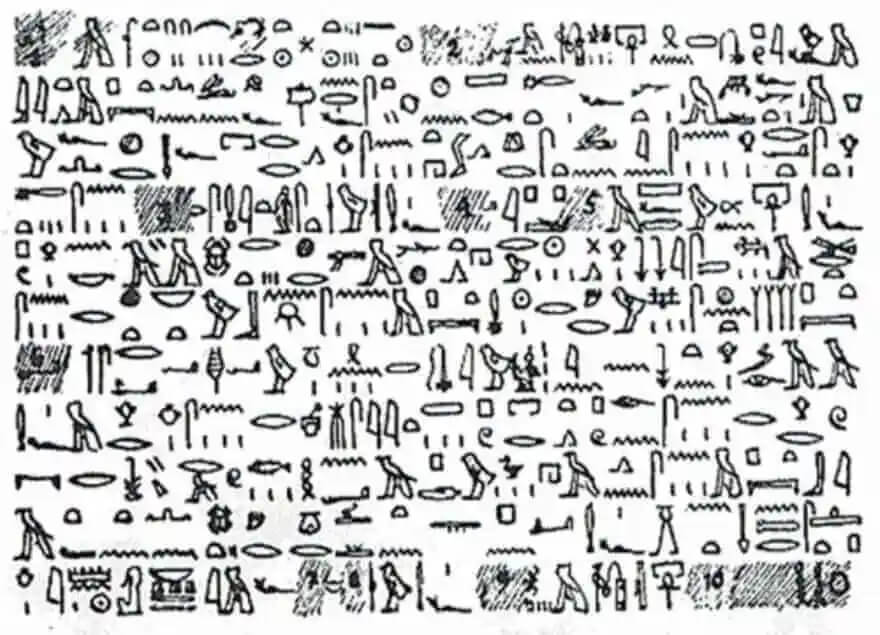 There is no definite date when the first UFO sighting occurred on Earth. Many ancient wall paintings possibly show the flying objects and visitors from outer space. Egypt is considered to be the most mysterious historical place due to immense pyramids, their origins, culture, and ancient texts. The so-called “Tulli Papyrus” is believed to be the first evidence of ancient flying saucers or UFOs. This enigmatic text somehow describes the first written account of a massive UFO encounter that occurred in Ancient Egypt around 1480 BC. The ancient text tells about the high-speed flying machine that lit up the sky of Egypt before disappearing into outer space.

During the 18th dynasty, Egypt was at the peak of its powers. With the advent of the New Kingdom, Egypt was reborn, which brought an advanced system of appointing new officials to the regime. The new dynasty was also known as the Thutmosid Dynasty for the four pharaohs named Thutmose. The Tulli Papyrus described the huge UFO sightings that occurred during the reign of Thutmosis III who ordered his scribes to write the incident on a papyrus after he had witnessed it himself.

Although the text is centuries old, it first became a sensation in the 1930s. In 1933, Alberto Tulli, a director of the Egyptian Section of the Vatican museum was walking through the bazaar of Cairo, where he allegedly saw a piece of ancient papyrus in an antique shop that dated 1480 BC. As the artifact was too expensive for him, he made a copy of the original and replaced the original hieratic script with hieroglyphs.

Tulli’s copied version of ancient papyrus allowed the skeptics to challenge its authenticity but still, it managed to become viral among fans of ancient astronaut theorists and UFOlogists. The text was translated twice: by Italian nobleman Prince Boris de Rachewiltz and by anthropologist R. Cedric Leonard.

Rachewiltz was the first person who declared that the papyrus was part of the Annals of Thutmose III. His translation is as follows:

“In the year 22, of the third month of winter, the sixth hour of the day among the scribes of the House of Life it was found that a “circle of fire” was coming in the sky. It had no head. The breath of its mouth emitted a foul odor. Its body was one rod in length and one rod in width. It had no voice. It came toward His Majesty’s house. Their heart became confused through it, and they fell upon their bellies. They went to the king, to report it. His Majesty ordered that the scrolls located in the House of Life be consulted. His Majesty meditated on all these events which were now going on

Further, the papyrus explained the details of the structure of the UFO and its huge impact on the surroundings. The translation says the object was shining in the sky brighter than the Sun. The incident occurred in the early hours of the evening, the king and his army witnessed it. The object was called a “circle of fire.”

“Thereupon, they (i.e. the fire circles) went up higher directed to South. Fishes and volatiles fell down from the sky. (It was) a marvel never occurred since the foundation of this Land! Caused His Majesty to be brought incense to pacify the hearth, what happened in the book of the House of Life to be remembered for the Eternity.”

There are a lot of controversies around Tulli Papyrus that show a lack of conviction. But if this impressive aerial phenomenon is true then ancient Egyptian astronomers would have never mistaken a meteor or a shooting star as a “circle of fire.”

Later in the 1950s, Rachewiltz claimed to have found the tone version of papyrus (untranslated and unpublished) in the files left by Alberto Tulli. The text says that “fiery discs” or “circles of fire” created doubts though it would be highly unlikely for ancient Egyptians to misinterpret them.

In 1968, the United States Air Force funded the UFO project “Condon Committee.” While preparing the Condon report, Samuel Rosenberg and Edward Condon investigated the Tulli Papyrus. They asked the Vatican for the original document but received a reply that “The Papyrus Tulli is not the property of the Vatican Museum. It has disappeared and is no longer traceable.”

On further research, it was found out that Alberto Tully left all his property to his brother, who was a priest in the Lateran Palace. It is very likely that the Papyrus also passed to the priest. Unfortunately, the priest also died shortly afterward, and his belongings were passed on to his family, who might not have considered the Tully papyrus valuable.

As there is no original papyrus (might be missing or hidden), it cannot be correct to reach any conclusion because Tulli Papyrus is not an authentic papyrus, but a translation of the modern transcription of an alleged Egyptian document.