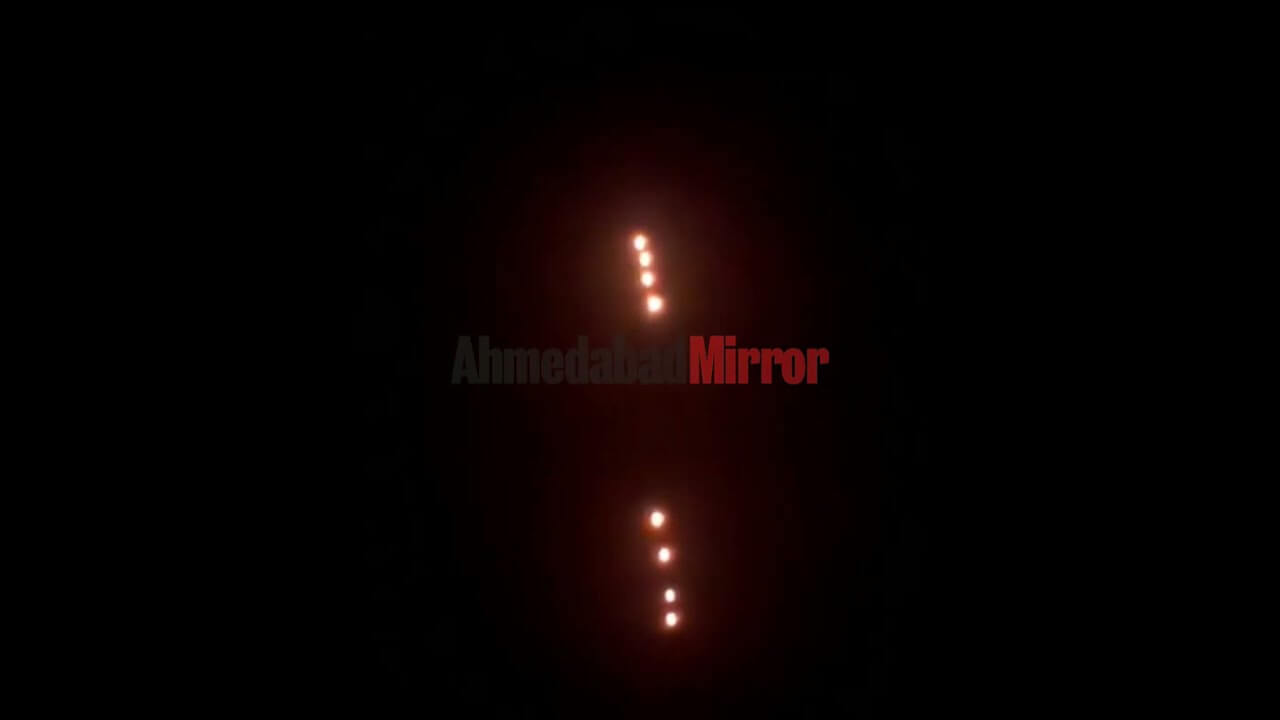 Rash rangila
Mysterious lights seen in the sky on Monday night in Junagadh, Upleta(Gujarat state-India) and surrounding region had people excited and even perplexed, raising the suspicion if it was an Unidentified Flying Object. Videos and pictures of the six to seven bright shining lights went viral in no time. According to Mehul Parmar, constable with Junagadh police control room, “Between 9.30 and 9.45 pm, we saw some lights in the Junagadh sky. It was flying high. Though the object behind the lights could not be ascertained due to darkness and high altitude, people felt it was an object with curvature, maybe something like a disc.” D A Karapda, DSO at Upleta police station said that a small blast was also heard in Upleta, when the lights appeared in the sky. “Jamnagar air base is not far, so it is likely that a fighter jet was conducting sorties. The police have not found any suspicious object on ground which may have fallen from the flying object.” The incident has kept the phones buzzing in the regions with people from as far as USA and UK asking their relatives in the region about the unusual occurrence. rash rangila dancing UFO or fighting jet