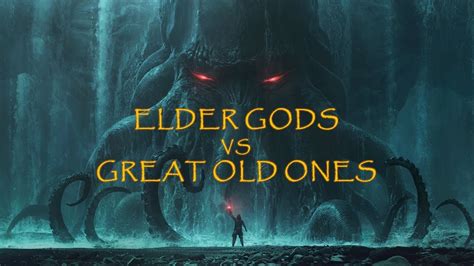 MindQ
H. P. Lovecraft created a number of deities throughout the course of his literary career, including the “Great Old Ones” and aliens, such as the “Elder Things”, with sporadic references to other miscellaneous deities (e.g. Nodens) whereas the “Elder Gods” are a later creation of other prolific writers such as August Derleth, who was credited with formalizing the Cthulhu Mythos. In Cthulhu Mythos, the Elder Gods have mostly human-like appearance and they are benevolent in nature. In different parts of the world such as Egypt, Mesoamerica, and the Mediterranean they were worshipped by ancient humans. Nowadays, they are remembered as the gods in just about every ancient race, including Greek, Norse, Egyptian, Aztec, and many others. The Great Old Ones refer to the Elder Gods as the “Pain Lords”
Great Video I found tonight while doing my nightly research time surfing the Internet then quietly head to my back porch to sky watch for 20 to 30 minutes to give my eyes a break from the computer screen and TV. Then head back to start the cycle over.