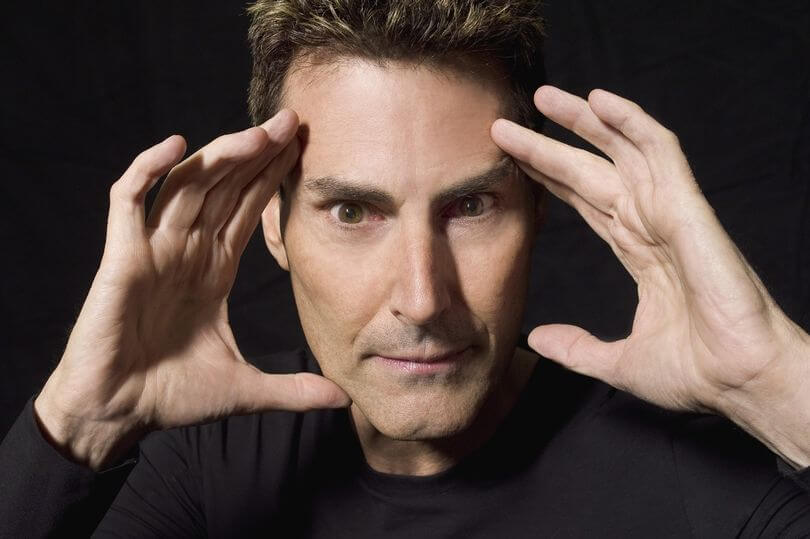 EXCLUSIVE: Renowned spoon bender Uri Geller claims he was taken to a US government facility where he was shown bits of UFOs – and he says first time he saw aliens they gave him psychic powers

Psychic Uri Geller has sensationally claimed he was taken into a secret military room and shown ‘breathing’ alien artifacts by the US government.

The spoon bender’s “jaw dropped” when he witnessed the out-of-this-world objects that “felt alive”.

But today he warns Daily Star readers: “The public is not ready for the truth unfortunately.”

The 74-year-old has been utterly devoted to UFOs after an encounter with one changed his life forever.

Uri was just three when in his native Israel he says they struck him with a bright light and gave him psychic powers.

This has led to a lifelong obsession to find out whether the truth really is out there, culminating in a trip to a military bunker – the location a closely guarded secret – with renowned NASA rocket engineer German Wernher von Braun in the 1970s.

There, Uri says he was shown a piece of crashed UFO which he says was “breathing” and it validated the existence of aliens for him.

Uri told the Daily Star: “I was taken to a laboratory by the US government. I was shown a piece of metal and put my hand over it.

“It was clearly not from our planet but from a crashed UFO.

“A US soldier opened the door. He was wearing an orange coat with the NASA insignia on it.

“A huge fridge door was opened and my jaw dropped. There were loads of bits of UFOs and that validated the existence of aliens for me.”

Uri, who found fame as an illusionist, said the material he encountered felt “like it was alive”, that it was “breathing”.

The possibility of extra-terrestrial life has been in the headlines this year after the US government produced an extensive report on unidentified flying objects earlier this year.

The Pentagon report released says of 144 reports made about the phenomena since 2004, all but one remain unexplained.

The US government did not rule out the possibility that the objects are extra-terrestrial.

Uri claimed all major leaders in the world already know about the existence of UFOs but don’t reckon the public is ready for the truth.

He said: “Area 51, UFOs, it’s all true. The major world leaders know about it but the public is not ready for the truth unfortunately.

“The US government knows a lot more than it is letting on.

“Sooner or later I want to catch UFOs and prove their existence but Earth is not ready yet. One day we’ll be ready to interact.

“There will be a light in the sky which zooms away in speeds beyond technological possibilities.”

Uri has even claimed there is regular UFO activity over his Scottish island, the uninhabited island of Lamb between the islands of Fidra and Craigleith in the Firth of Forth off Scotland’s east coast.

Speaking of his own experiences with aliens, Uri said he was struck by a bright light, apparently from a UFO, which activated his psychic powers.

Uri also claimed some of his celeb pals – including Beatles legend John Lennon and heavyweight boxing champion Muhammed Ali – told him that they have witnessed “flying saucers” with their own eyes.

He said: “I do not know if they are extra-terrestrial or not but there is certainly something spooky going on.

“I’ve witnessed them throughout my life. I’ve met some amazing people in my life, like John Lennon and Muhammed Ali, who told me they’ve seen flying saucers.”