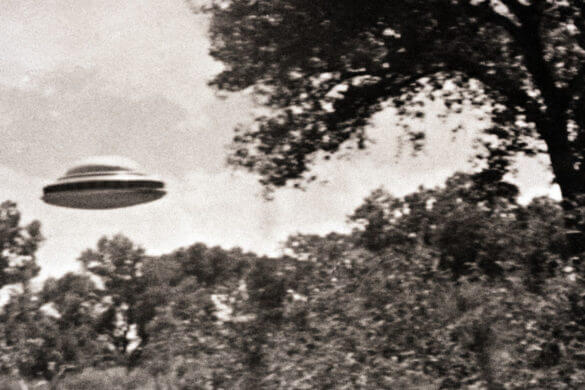 Well, it’s about time. Wherever you Outsiders may fall on the prospect of aliens living among us, one thing is for sure. UFOs are out there, and they deserve investigation. No one is saying definitively whether these UFOs are alien or not. But the 2022 National Defense Authorization Act may help us get to the bottom of these reports. The document includes a provision for establishing a formal office dedicated to investigating “unidentified aerial phenomena.”

Consider the Pentagon report from a few months ago before deeming such a provision a waste of taxpayer money.

According to the Intelligencer, a Pentagon task force looked at 144 reports of unidentified aerial phenomena, or UAP (the government’s preferred acronym. But c’mon, we all know it should be UFO) from 2004 to 2021. The results? Well, the Pentagon could only explain one of those cases. It was reportedly a weather balloon.

Bear in mind that all of those reports came from active military personnel. Mostly aviators, to be specific. The unexplained accounts differ significantly in the types of UAP observed. But many reported, “unusual UAP movement patterns or flight characteristics” that could represent advanced technology.

Again, the existence of such technology doesn’t imply the presence of aliens. But if it is man-made, that’s all the more reason for Congress to dedicate resources to figure it out. And to be fair, the Pentagon report didn’t make any formal conclusions on what the subjects of these reports might be.

As much as we all would love for the government to confirm the existence of aliens, we’re not quite there yet.

What Duties Would Fall on the Shoulders of the Potential UFO Office?

The 2022 National Defense Authorization Act is a 1,362-page document. Within the tome hides a small, barely noticeable five-page section that looks to build on the Unidentified Aerial Phenomenon Task Force. If you want to take a look at the entire document for yourself.

However, if you don’t feel like scrolling through a massive PDF, some of the main points from “SEC. 1652. ESTABLISHMENT OF OFFICE TO ADDRESS UNIDENTIFIED AERIAL PHENOMENA” are included below.

The first and seemingly primary duty of the proposed office is pretty straightforward.

“Developing procedures to synchronize and standardize the collection, reporting, and analysis of incidents regarding unidentified aerial phenomena across the Department of Defense,” the document reads.

“Developing processes and procedures to ensure that such incidents from each military department are reported and incorporated in a centralized repository,” it continues.

We’ll save you some time. The rest of the list makes it abundantly clear that the primary motivation behind the proposed UAP office is to determine whether the mysterious objects are the product of another government or not. Beyond that, to figure out if they pose a threat. Less exciting than aliens, but essential nonetheless.