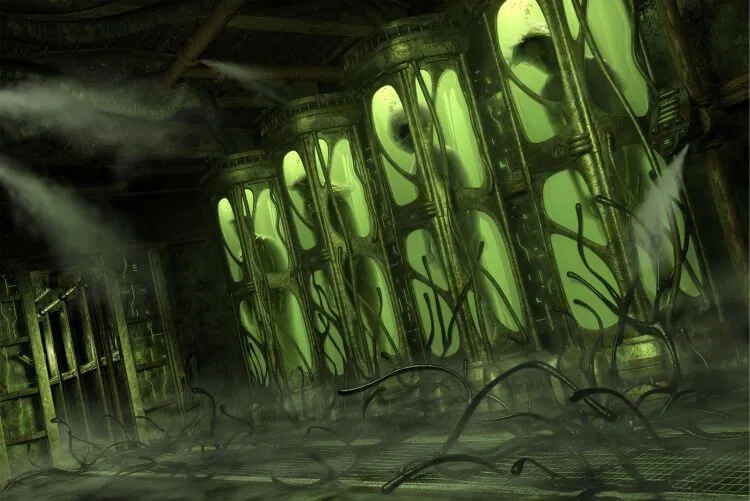 In 1939, many years before the famous UFO crash in Roswell, in the dungeons below US Capitol in Washington, there were capsules with alien remains that flew in a “silver” ship and crashed in an attempt to land.

American politician Cordell Hull has remained in history mainly due to the fact that he held the post of US Secretary of State for the longest – from 1933 to 1944.

However, he was also elected US Senator from 1931 and until 1937 served as chairman of the Democratic National Committee. He also spent 24 years in the House of Representatives, received the Nobel Peace Prize in 1945 and was instrumental in the founding of the United Nations. In general, he was a rather successful and respected politician at the time.

However, some very strange stories are also associated with Cordell Hull, one of which we will tell in this article.

This story became known to ufologists in 2002, when Willian Jones, the director of the Ohio branch of the largest American ufological organization MUFON, received a curious letter from a woman named Lucille Andrew, daughter of the priest Turner Hamilton Holt.

Holt was Cordell Hull’s cousin and close friend, he served at the Shenandoah Christian Church in Greenwich, Ohio, and once told his wife and daughter about a strange incident that happened to him and Hull.

This incident happened in 1939 when Hull contacted Holt and said he wanted to show him something very interesting. When Holt came to meet his cousin, he, first of all, asked him to take a solemn oath that he would keep this secret. Holt agreed to take such an oath.

Hull then took Holt to the Capitol Building in Washington, DC, where they went inside, and then began to descend into the basement and walk lower and lower through a maze of tunnels and stairs.

They soon found themselves in a large underground room, in the center of which were four very large glass “flasks” with something inside. Holt until the last did not understand what was happening until he came very close to the flasks and realized that there were some humanoid bodies inside.

In each flask floated a clearly dead humanoid body and the liquid seemed to be something like formaldehyde in its appearance.

Hull then led his cousin into an adjoining room, also very large, where he showed him something large, round and metallic, which he called the remains of a spaceship.

Hull further explained to Holt that this ship had crashed while landing, and the bodies of the creatures in the capsules(Capsules With Alien Remains) were the remains of its dead crew. Hull said that the existence of the ship and the humanoid bodies must be kept secret, or the public would be in great panic.

“My father wanted my sister and me to know this information and tell people about it long after he and Cordell Hull passed away. He understood that this information was too important to keep it obscure,” Lucille wrote in her letter.

Of course, this letter would have caused a great deal of skepticism even among ufologists, but MUFON researchers checked its author and it turned out that this is in fact the daughter of the priest Turner Hamilton Holt. They also learned that her sister also heard this story from her father.

“Unfortunately, Lucille said that she was too young then to pay much attention to what her father was telling her, but her older sister Allen was told the same story as Lucille. Both sisters assured us that they remembered this story independently.

The Reverend Holt described the humanoids in glass flasks as “beings”, He never called them “aliens” and he never said where they came from.

Lucille stated that his experience took place in the late 1930s, probably in 1939. The material that made up the remains of the ship has been described as “metallic silver”. She also recalls how her father called the material a “vehicle” that appeared to be taken apart or broken.

He also said that the color of this material was not the color he had seen before, but for lack of a better word, he used the word “silver”. Reverend Holt was not one of those who come up with such wild stories, and the sisters feel that by telling his story, they are following the wishes of their father, “- said William Jones.

Unfortunately, upon careful scrutiny of Cordell Hull’s diaries and journals, no hint of the existence of halls with the remains of strange creatures and UFO wreckage under the Capitol was found. There was no information about this in other sources either.

However, Willian Jones finds the story quite plausible and says there is no real reason why Hull, Holt, or the Holt family members could have come up with all this for a prank or anything else.

“Barbara A. Wolamin, curator of the US Capitol Building, chuckled a little after being told this story. She said that she had never heard of these creatures stored in the Capitol, but confirmed that in those years there was a basement under the Capitol. was divided into warehouses. She said the building has undergone significant changes over the years so that at least part of Reverend Holt’s story has been confirmed. “

It is worth saying that if this is indeed true, then this incident occurred long before the UFO crash in Roswell in 1947, which is often considered the “starting point” of an alien conspiracy between aliens and the US authorities.

What do you think about the existence of capsules with alien remains in US capitol that long ago?