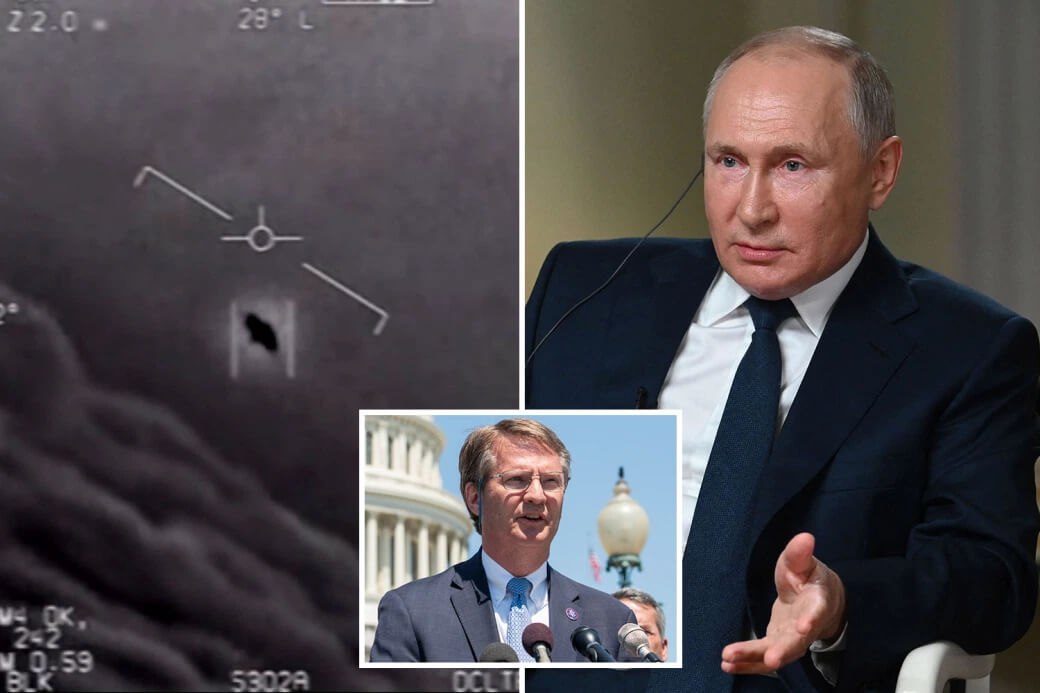 LAWMAKERS in Congress will be briefed today on the findings of the highly anticipated Pentagon report into UFOs, as one representative claims the aircraft must be from space, and not Russian technology.

US intelligence experts have produced a dossier on what the government knows about unidentified aerial phenomena, examining whether decades of orb sightings constitute a national security threat.

Rep. Andre Carson will chair a classified briefing about unidentified aerial phenomena which will be conducted by US Navy and FBI officials.

The lawmaker said the briefing was a “significant and timely topic” amid growing concerns that unidentified aerial phenomena pose a national security risk to America.

Skeptics think UAPs may have been sent by foreign powers amid suspicions that Russia is ramping up its testing of hypersonic technology.

But, Rep. Tim Burchett told TMZ he’s “having a hard time” thinking that Moscow is involved.

He said: “If they had the kind of advanced technology pilots have reported seeing, Putin would already own America.”

The congressman added that there’s “something clearly going on” as he speculated a religious theory about the potential existence of UFOs.

Debbie Ziegelmeyer, of the Mutual UFO Network, told The Telegraph: “It’s very exciting. It means I’m not so crazy any more.

US intelligence services officially closed the book on the phenomena in 1969 at the conclusion of Project Blue Book – which stated there was nothing to see regarding UFOs.

But, the Pentagon released three stunning UFO videos filmed by the US Navy over the past three years.

Footage appeared to show a mysterious orb buzzing around a US ship in 2004 off the coast of San Diego.

And, an unusual orb was also caught stalking the USS Omaha in July 2019.

Last month, intelligence agents appeared to rule out that the vast majority of reported sightings were not American military or other government technology, according to The New York Times.

But, they appeared to leave open the hypothesis that technology might have been sent by Russia or China to harass US vessels.

Luis Elizondo, who led the Advanced Aerospace Threat Identification Program (AATIP), previously told The Sun that the military “doesn’t know” who is behind UFOs.

Nick Pope, a former official at the Ministry of Defense, thinks UFOs will be on the agenda if Biden suspects the technology is coming from Moscow.

He told The Sun: “If there is a suspicion that any of this technology is Russian, Biden will maybe say that we have some indications of this and maybe ask him to dial back the provocation.

“Whatever, or whoever, is doing this – it is provocation. These things are in some instances apparently swarming around these navy ships.”

Pope also thinks Biden may probe Putin on what he knows about the subject.

But, he said there is room for Washington and Moscow to cooperate on the issue.

The bombshell dossier comes as Joe Biden prepares to meet counterpart Vladimir Putin at a highly-anticipated summit in Geneva.

Tensions between Washington and Moscow are “high” after Russia was accused of meddling in the 2020 presidential election.

Putin branded the allegations “farcical” as he demanded proof.

The Russian president said: “We have been accused of all kinds of things. Election interference, cyber attacks, and so on and so forth.