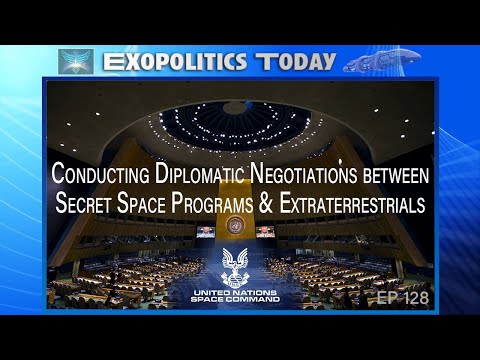 Chris O’Connor claims to have completed three “20 and back” tours of duty with secret space programs including one run by the United Nations. He says that he was born into a human family as an extraterrestrial starseed as part of a pre-life agreement with the US Navy/Air Force. In 1970, at age 2 Chris claims he was “age-progressed” to 25 years old where his past life memories as an extraterrestrial were fully restored, and he became a liaison/ambassador for different space programs.

Chris says that around 1990, he began serving with a United Nations run SSP that was based in the rings of Saturn that would conduct diplomatic negotiations with extraterrestrial civilizations. He asserts that many of the negotiations involved exoplanet populations that had been negatively impacted by SSPs such as the Dark Fleet. Chris says that he currently is experiencing two timelines as his third “20 and back” tour of duty completes in 2030.

According to Chris, his SSP memories began returning around 10/12 years ago, and he is currently doing hypnotherapy sessions to fully restore these. Chris says that one of the conditions he required in exchange for his SSP service was that he would be permitted to release advanced healing technology used in the programs. Chris subsequently invented an electrotherapy device he calls a Divine Evolution Electromagnetic Micro Singularity Device (DEEMS) which is publicly available.