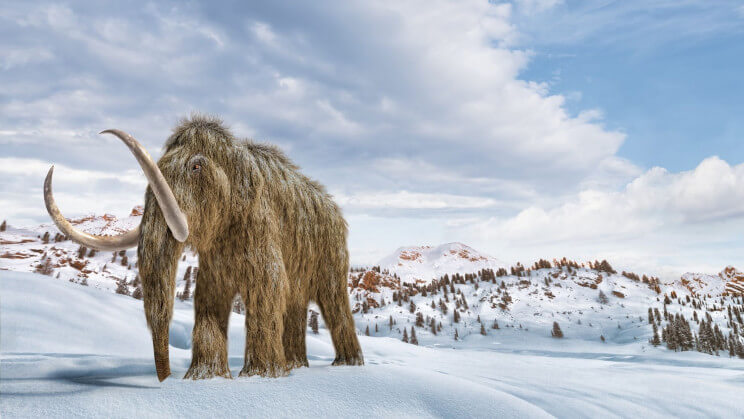 Could mammoths walk on Earth in the next decade? Leonello/iStock

The idea of de-extinction has been around for some time now and many have pondered upon it. Now, a startup plans to make this idea a reality by bringing back the woolly mammoth from the dead, thousands of years after it went extinct. The startup is partially funded by Harvard University’s renowned geneticist, George Church, and the company is called Colossal.

The woolly mammoth roamed the Arctic for thousands of years before eventually going extinct. Early humans began hunting these mammoths for food and used their bones as tools. Scientific studies show that changing climate conditions forced these freely moving animals into smaller habitats, where human hunting finished them off almost 4000 years ago. Models also show that if it weren’t for the hunting, the mammoths could have survived until recently.

Either out of guilt or to take the next big leap in science, researchers have been pondering about resurrecting the mammoth. This Jurassic Park-like experiment has also been aided by the finding of well-preserved mammoth remains that hold bits of mammoths’ DNA in them. Combining these with recent technological developments in the field, the resurrection or “de-extinction”, as it is called, is quite possible, the company says.

The company has condensed the entire process into a 13-step high-level plan on its website. The first step begins with the sourcing and then sequencing of the genome of the Asian elephant, a mammal that is reported to share 99.6 percent of its DNA with the woolly mammoth. The team will then sequence the genome of the woolly mammoth that the researchers in George Church’s Harvard Lab secured in 2018.

Since most characteristics are encoded by the sequences in our genomes, the researchers will be able to identify regions in the Asian elephant’s genome that differ from the woolly mammoth’s. Using CRISPR, the team will then edit the genome of the Asian elephant and verify if the edited cells demonstrate abilities to survive in cold environments. Once this is confirmed, they will insert the editing nucleus in an egg cell and then fertilize it artificially. Once complete, the cell will develop into an embryo that will then be implanted in an African elephant for the gestation of up to 22 months, bringing the woolly mammoth back on Earth.

In an interview with Venture Beat, Colossal said that all the fundamental science needed to achieve this is now solved, and the company could see their first woolly mammoth calves in the next four to six years. Co-founder Ben Lamm, a serial entrepreneur in the tech industry, said that the formation of the company will accelerate the research work.

But the de-extinction effort is not just for goosebumps. Colossal believes that returning the woolly mammoth to the Arctic grasslands will help in arresting the effects of climate change. In their time, the mammoths traversed vast regions in the Arctic and conserved its environmental health. Restoring the mammoth to its habitat will help in methane suppression and carbon sequestration, thereby helping climate change.

In what might be considered a colossal paradox, the startup raised $15 million from investors who have dabbed in and profited from cryptocurrencies, notorious for their energy consumption, Fortune reported.

1 thought on “Combining the extinct species’ DNA with modern technology, Woolly Mammoth resurrection may be possible.”