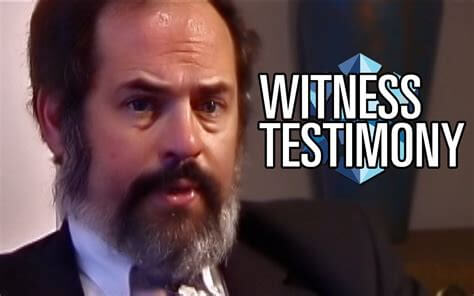 When this interview was filmed in October 2000, Dr. Eugene Mallove was Editor-In-Chief of the magazine Infinite Energy and Director of the New Energy Research Laboratory in New Hampshire. He holds two MIT degrees in Aeronautical-Astronautical Engineering and a Harvard Doctorate in Environmental Health Sciences (Air Pollution Control Engineering). He has broad experience in high-technology engineering at companies including Hughes Research Labs, TASC (The Analytic Science Corporation) and MIT Lincoln Laboratory. Dr. Mallove was the Chief Science Writer at MIT when the cold fusion story broke in March 1989, and he resigned in 1991 after his requested investigation into the altered cold fusion data at MIT (which helped to discredit the whole subject) was not properly done. The marginalization by the scientific establishment of the cold fusion topic bears strong resemblance to the similar marginalization of the ET/UFO topic: both have been ridiculed and defamed because they break established paradigms. As Dr. Mallove states in this interview, “There is nothing worse…than suggesting to academic physicists in particular, and academics in general, that they are not only wrong; they are disastrously wrong, catastrophically wrong.” In his magazine, Dr. Mallove has advised us to remember the sentiments of Michael Faraday: “Nothing is too wonderful to be true.” 𝗗𝗥 𝗦𝗧𝗘𝗩𝗘𝗡 𝗚𝗥𝗘𝗘𝗥 Dr. Steven M. Greer is the founder of the disclosure movement and one of the world’s foremost authorities on UFOs, extraterrestrial intelligence, and initiating peaceful contact with interstellar civilizations. Dr. Greer’s relentless efforts towards the disclosure of classified UFO/ET information have inspired millions of supporters around the world. 🌎 Dr. Greer’s mission is to initiate peaceful contact and put an end to the disinformation surrounding contact. To achieve this goal, it will take one percent of the world’s population to come together with peaceful intent and initiate contact. To that end Dr. Greer has produced three incredible documentaries on the subject, amassed a large following on social media, and inspired a far-reaching network of independent CE5 Groups Worldwide.