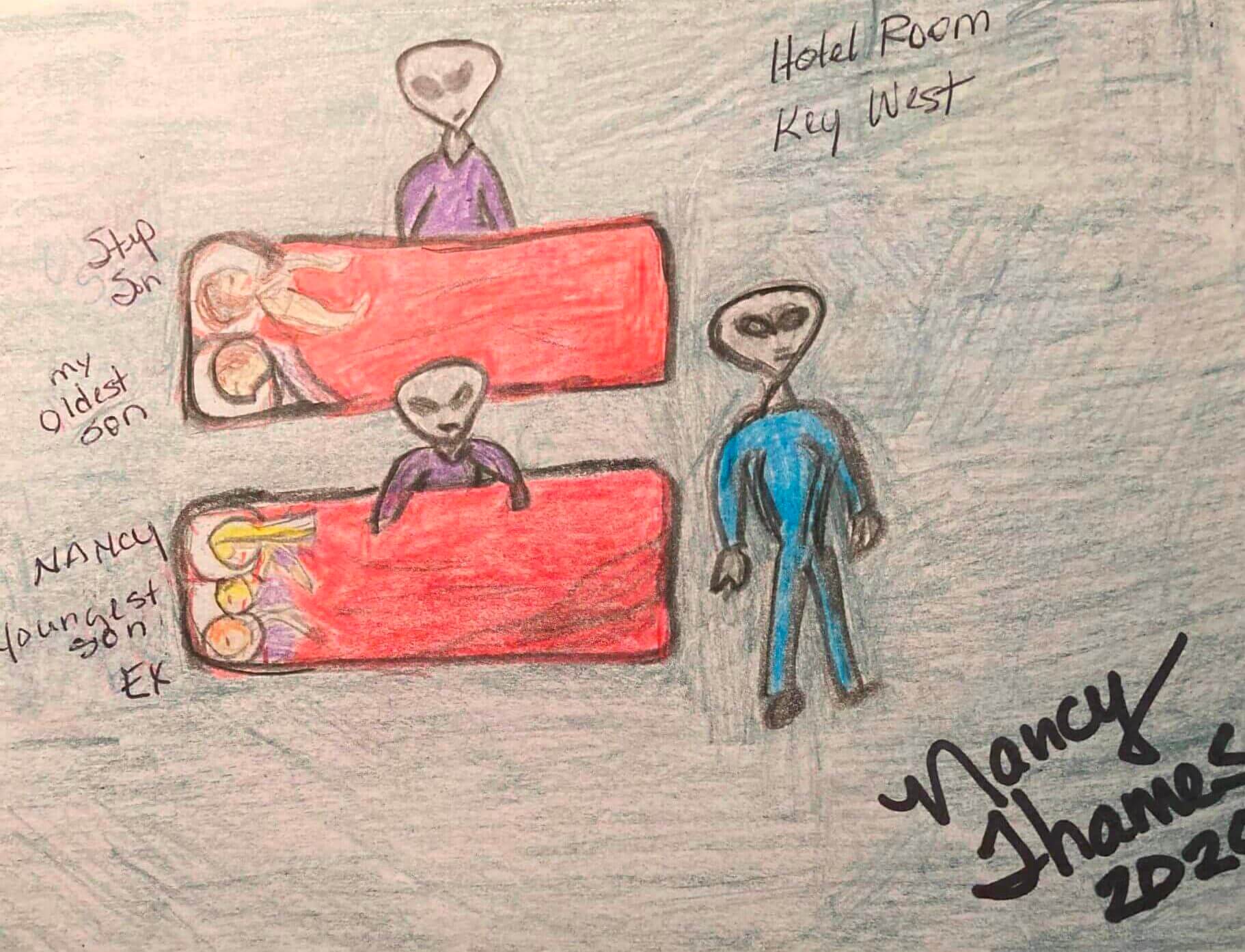 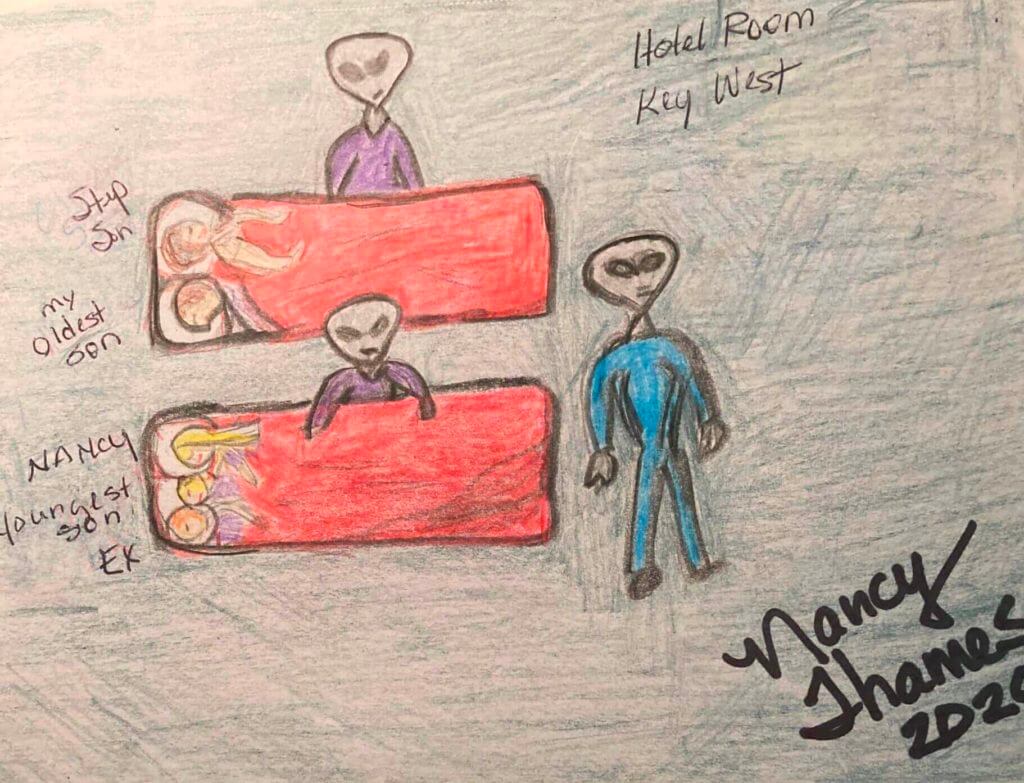 Well I next reveal my  Contact experience in Key West, Florida with my family of my two sons and a step son happened at the Key West Marriott Beach Hotel.  We had a beach side room with two big beds me and my husband and youngest child Patrick in the middle of us. At that time on the beach door side bed asleep and the older boys in other bed asleep, I awoke looked over to the right and saw a short Being in a robe and  moving on the far side of their bed which was were my stepson was sleeping on that far side against the wall.  I raised up and saw them approaching the children suddenly I felt a push on my back to lay me back down so they were on my side of bed to, I was awake but then somehow could not move or speak but I was told don’t worry get more rest you are all fine. Unable to move or scream or yell I just laid there unknowing what was happening but eventually I went to sleep and the next morning I was very confused and worried but everyone was happy and I mentioned nothing of it to the children, and neither did they. My husband just looked at me when I told him, and replied you just had a Bizarre dream but I knew I was awake. So once again I ignored it. Hiding it in my mind. No damage done just a check up on my family and me. But I then realized it not just me anymore, time to get answers and understanding. My children are involved in this to. Was hard to understand at the time. It does get better with time, believe it or not.

More to come. Tell me if you have had similar experiences.