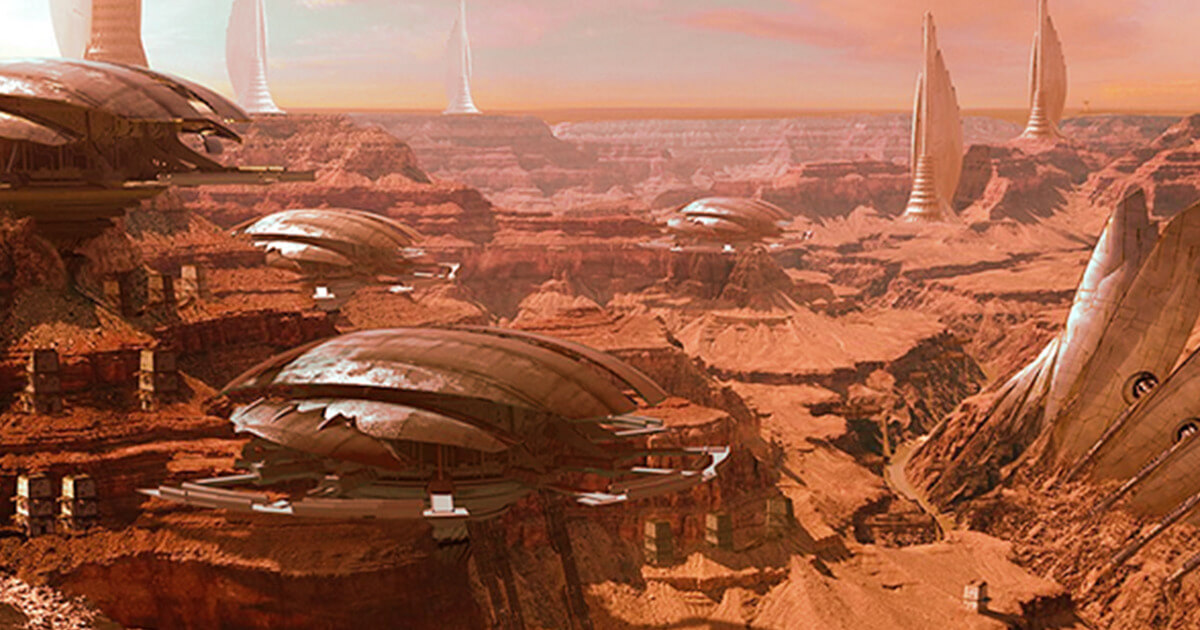 Popular ufologist Scott Waring has made another mind-blowing observation. As he studied some of the pictures on the surface of Mars, Waring found something that his eyes couldn’t believe.

Waring says that the the ruins on a whole city can be seen in a variety of pictures of Mars given by NASA. These images may strongly indicate that life once occurred on the Red Planet and still exists today.

However, Waring does not rule out the idea that this could be a normal occurrence.

According to Waring, this supposed city could be directly linked to the legendary city of Atlantis. He argues that the leaders of this city had originally come from Mars. However, because of some sort of cataclysm, they have fled to our world. It is probable that Atlantis was not a continent, but a planet.

Waring uploaded a video to his website with a detailed description of his findings. The images of Mars are easily noticeable. There are also signs of potential streets and houses, the latter being quite close in the Vatican layout.

If you need more details, please take a look at the following video and don’t forget to share your thoughts with us.