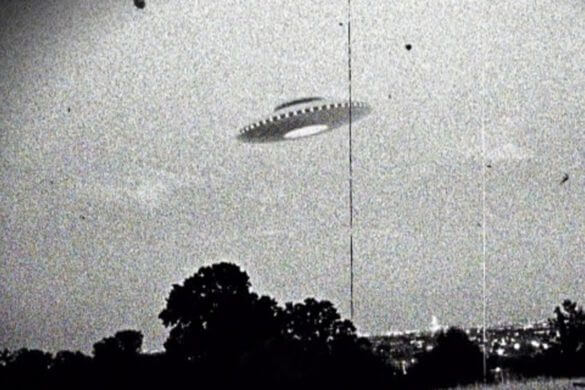 Unidentified flying objects have been a hot topic since the Office of the Director of National Intelligence delivered an unclassified report to Congress titled “Preliminary Assessment: Unidentified Aerial Phenomena” in July. People are less likely to dismiss reported sightings as the product of overactive imaginations when the government is taking them seriously.

24/7 Tempo has identified the cities with the most UFO sightings, based on data provided by Cheryl Costa and Linda Miller, authors of “UFO Sightings Desk Reference: United States of America 2001-2020.” This ranking shows the relative likelihood of state residents reporting UFO sightings.

Sedona, Arizona, tops our list, with 1,608 sightings per 100,000 residents. There’s no obvious reason why, although visibility is generally good in the desert and Arizona is home to several leading observatories. In February, the pilot of an American Airlines flight bound for Phoenix reported a close encounter with a UFO “that almost looked like a cruise missile.”

In past years, suggested explanations for sightings in Arizona have included the many flying school planes in the state and flares dropped by military aircraft.

The No. 2 and No. 3 spots are taken by Myrtle Beach and North Myrtle Beach in South Carolina, with 1,223 and 1,111 sightings per 100,000 residents, respectively. The area has a well-documented history of multiple sightings and once boasted a visitor attraction called “Encounters UFO Experience.”

In July the Office of the Director of National Intelligence delivered an unclassified report to Congress titled “Preliminary Assessment: Unidentified Aerial Phenomena.” That’s UFOs, or unidentified flying objects, to you and me. It was based on a review of 144 reported sightings made by military aviators between 2004 and 2021, mostly in the last two years. Of the 144, an explanation was found for only one — a deflated balloon. The rest remain unexplained.

Meanwhile, reported sightings by civilians vastly outnumber those by military personnel and have been increasing. There is even a National UFO Reporting Center, which documents sightings of unexplained aerial phenomena all over the world. There were 6,281 reported sightings in 2019 and a whopping 7,267 in 2020.

The increase in recent sightings may have something to do with renewed interest in UFOs related to the government report. Often there’s a ready explanation for sightings, including ordinary aircraft, celestial objects such as bright stars and planets, weather phenomena, drones, and satellites. But sometimes there isn’t.

To identify the states with the most UFO sightings 24/7 Wall St. reviewed data provided by Cheryl Costa and Linda Miller, authors of “UFO Sightings Desk Reference: United States of America 2001-2020P.” Interestingly, the list is headed by three states in the Northeast: Vermont, with 109 sightings per 100,000 residents; Maine, with 103.1; and New Hampshire, with 101. That could be because aliens appreciate the beauty of New England. It might also have something to do with the fact that visibility is better in rural states with less light pollution and higher elevations.

For whatever reason, the states with the fewest sightings are in the South: Mississippi, with 29.9 sightings per 100,000 residents; Louisiana, with 30; and Texas, with 32.4.