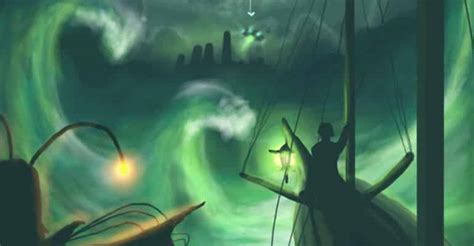 Looking back in history we discover that UFO sightings and encounters are not limited to the last couple of centuries. What could be considered as UFO testimonies exist in all ancient civilizations but can also be found in the European Middle Ages and Renaissance. Christopher Columbus, had a number of UFO experiences at sea during his journey to the American continent. Columbus took the incident as a sign that he would soon find land. The sighting was documented on the ship’s diary.

The incident took place on October 11th 1492, 10pm. At the time of the incident it is said that Santa Maria (the ship) was sailing through what is now known as the Bermuda Triangle. The crew first noticed a disc shaped object emerging from the sea. The description given in the ship’s log is that of a wax candle light moving up and down in the night sky.

Prior to this incident the ship’s logs in the month of September (17th and 20th) provide accounts of what are described as stars making noticeable movements in the night sky.

About five hours after the incident Columbus and his crew found land (probably Watling Island in the Bahamas) for the first time after setting off from Spain on August 3rd 1492.