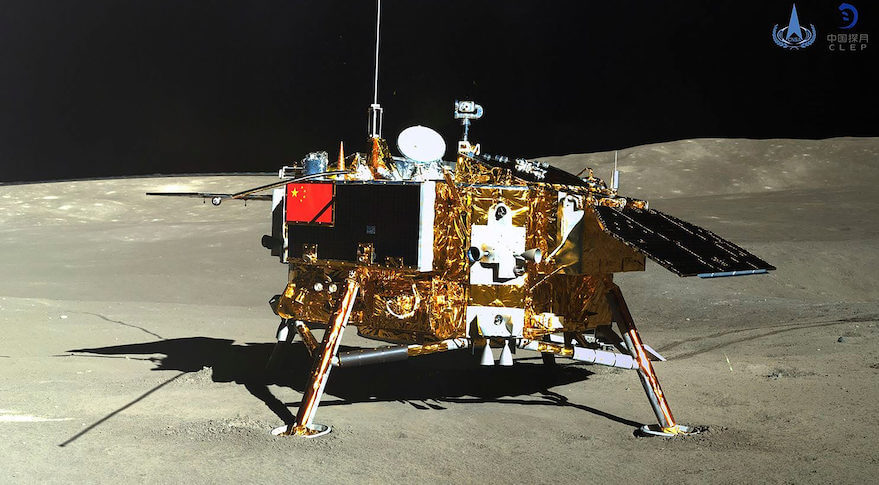 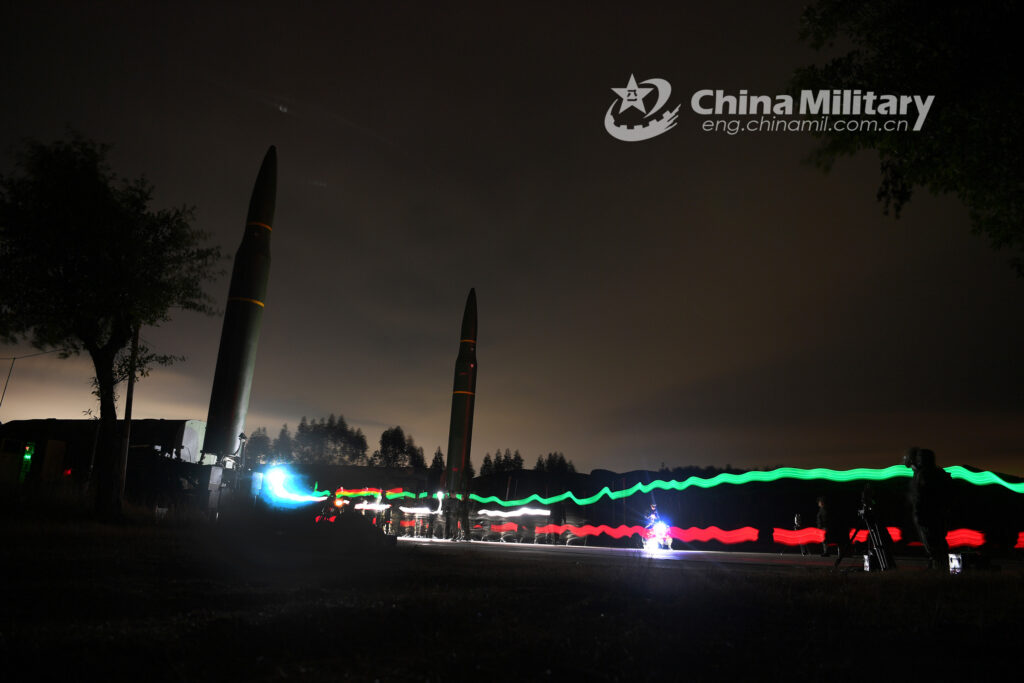 • In an April 2020 Brookings Institution Report entitled “Managing China’s Rise In Outer Space” author Frank Rose asserts that “The United States faces a fundamental dilemma as it attempts to effectively manage China’s rise as a major actor in outer space.” The U.S. must find a balance between countering China’s anti-satellite (ASAT) weapons efforts and cooperating with China to address the key challenges facing the outer space environment, namely orbital debris and the rise of mega constellations.

• With over 120 intelligence, surveillance and reconnaissance satellites in orbit, China is second only to the U.S. This includes 14 Gaofen satellites, China’s most advanced class of high resolution imagery satellites launched since July 2018. China also operates 34 communication satellites, four of which are dedicated exclusively for the military. China’s BeiDou ‘precision, navigation, and timing’ system (similar to the U.S.’s GPS system) will this year reach its goal of global coverage. The report notes that this will lessen China’s dependence on our GPS system, making it less vulnerable to U.S. interference, especially “during a crisis”.

• In the Brookings Report, Rose, who was Assistant Secretary for Arms Control in the Obama State Department, says that the US must live with the fact that China will be a peer in space, both militarily and in the civil and commercial spheres. While the U.S. needs to deter China’s growing ASAT capabilities, it also must also boost languishing diplomatic relations with Beijing on space issues. Rose accuses Trump of failing to continue the “robust period of dialogue during the Obama administration.” The bilateral US-China dialogue on space security has been largely neglected in the Trump administration,” the report says. The only inroads that Trump has pursued with China have been over the legal status of commercial mining of the Moon and asteroids.

• A recent study by the Secure World Foundation stated that China’s premier SC-19 mobile-launched ballistic missile can destroy “low earth orbit” satellites up to 2,000 kilometres (1,240 miles) in altitude – the altitude of most “observation” satellites. says that China has already started training specialized units of the Strategic Space Force in the use of “direct-ascent kinetic” anti-satellite weaponry. The studies found open-source evidence of a variety of Chinese efforts to develop counterspace-related technology from radio-frequency jamming to lasers for blinding satellites to ground-based mDirector of the ‘Russian Nuclear Forces Project’ and senior research fellow at the ‘United Nations Institute for Disarmament Research’, Pavel Podvig pointed out that the Russian anti-satellite ‘Nudol’ interceptor can target satellites up to 1,240 miles in low earth orbit. Most U.S. spy satellites are in geostationary orbits of about 22,200 miles above the earth. “[I]t’s hard to imagine a military mission in which this capability would be useful,” said Podvig. The Chinese ASAT weapons mentioned here have a range of only about 2,000 kilometers (or 1,240 miles) as well.

Once again however, I fear that all of this hand-wringing over Chinese and Russian ground-to-space ballistic missiles being able to reach our low earth orbit ‘observation’ and GPS satellite constellation is a smokescreen hiding the real space race going on among the respective nation’s secret space programs.

Dr Michael Salla has just published a new book entitled Rise of the Red Dragon: Origins & Threat of China’s Secret Space Programwhich looks behind the curtain of China’s secret space program. I reached out to Dr Salla to comment on the concerns and military threats that Frank Rose presents in the foregoing Brookings Institute Report.

“The threat posed by China’s expansion into space is far greater than it simply developing anti-satellite weapons systems to neutralize the US military’s extensive satellite grid,” said Dr Salla. “China has been developing a secret space program with electromagnetic propulsion and weapons systems that have been developed through the acquisition of foreign technologies gained through espionage and corporate theft. Perhaps even more significant has been China’s secretive reverse-engineering programs of off-world technologies. These advanced space technologies are being enhanced through China’s unrestrained adoption of Artificial Intelligence for communications and control systems. China is devoting significant resources into the expansion of its secret space program as part of the asymmetric “Assassin’s Mace” strategy of countering US hegemony on Earth and in space.”

“The long term strategy of China’s ruling Communist Party is to exceed US space capabilities by 2030, and it will exploit the vagaries of international law and space law to advance its hegemonic aspirations. There needs to be full disclosure of the capabilities and technologies all major space powers to prevent a future Space Pearl Harbor as China expands its military presence in space.”

WASHINGTON: The US must find a balance between countering China’s antisatellite (ASAT) weapons efforts and cooperating with it to stave off broader risks to the space operational environment, says a new Brookings Institution report.

“The United States faces a fundamental dilemma as it attempts to effectively manage China’s rise as a major actor in outer space,” says author Frank Rose,,State Department assistant secretary for arms control under President Barack Obama. “On one hand, China’s development of anti-satellite weapons represents a direct threat to U.S. and allied space systems. On the other hand, it is difficult to see how the United States and the international community will be able to address the key challenges facing the outer space environment — i.e., the growth of orbital debris and the rise of mega constellations — without engaging with China.”

“Managing China’s Rise In Outer Space” says the US must live with the fact that China will be a peer in space, both militarily and in the civil and commercial spheres. For example, the report points out that China is second only to the US in the number of military and commercial remote sensing satellites it operates.

While the US needs to deter China’s growing ASAT capabilities, it also must boost languishing diplomatic relations with Beijing on space issues that are, by necessity and physics, of mutual concern.

Such a strategy should include:

Rose notes that, while the Trump administration has taken efforts to counter Chinese ASAT capabilities, it has also allowed diplomatic efforts to languish.

“After a robust period of dialogue during the Obama administration, the bilateral U.S.-China dialogue on space security has been largely neglected in the Trump administration,” the paper says.

The Trump White House is trying to woo China on one aspect of future space endeavors: resource extraction.  The White House sees Beijing as a potential ally in its efforts to establish the somewhat controversial legal status of commercial mining of the Moon and asteroids.

Beijing isn’t satisfied with the status quo so it continues to improve those capabilities, “as demonstrated by the July 2018 launch of the Gaofen-11, its highest resolution imagery satellite to date. Since then, China has launched 14 Gaofen satellites into orbit.,” the study notes.

China also “operates approximately 34 communication satellites, of which about four are dedicated exclusively for military uses,” Rose’s study states, while also expanding its BeiDou precision, navigation, and timing (PNT) system that, similar to the US GPS system, will this year reach its goal of global coverage.

The expansion of the BeiDou will “likely improve its ability to target precision-guided munitions, and lessen China’s dependence on GPS, which the Chinese government fears the United States might deny access to during a crisis,” the Brookings report stresses.

China’s ASAT ambitions have been well documented, most recently by two studies on global counterspace developments — authored respectively by the Center for Strategic and International Studies (CSIS) and Secure World Foundation (SWF). The studies, released at the end of March, found substantial open-source evidence of a variety of Chinese efforts to develop counterspace-related technology — from radio-frequency jamming to lasers for blinding satellites to ground-based missiles to on-orbit ‘killer satellite’ techniques.

The studies differ slightly on the level of the threat constituted by those efforts, however, based on the state of technological progress.

SWF’s “Global Counterspace Capabilities” was the more cautious of the two, saying that that China’s ability to destroy satellites in Low Earth Orbit (LEO, up to 2,000 kilometers in altitude where most observation satellites operate) “is likely mature and likely operationally fielded on mobile launchers.” The premier ASAT weapon thought to be in the PLA’s arsenal is the SC-19, which experts believe is modeled on the DF-21C ballistic missile with a range of between 2,150 and 2,500 kilometers, SWF said. 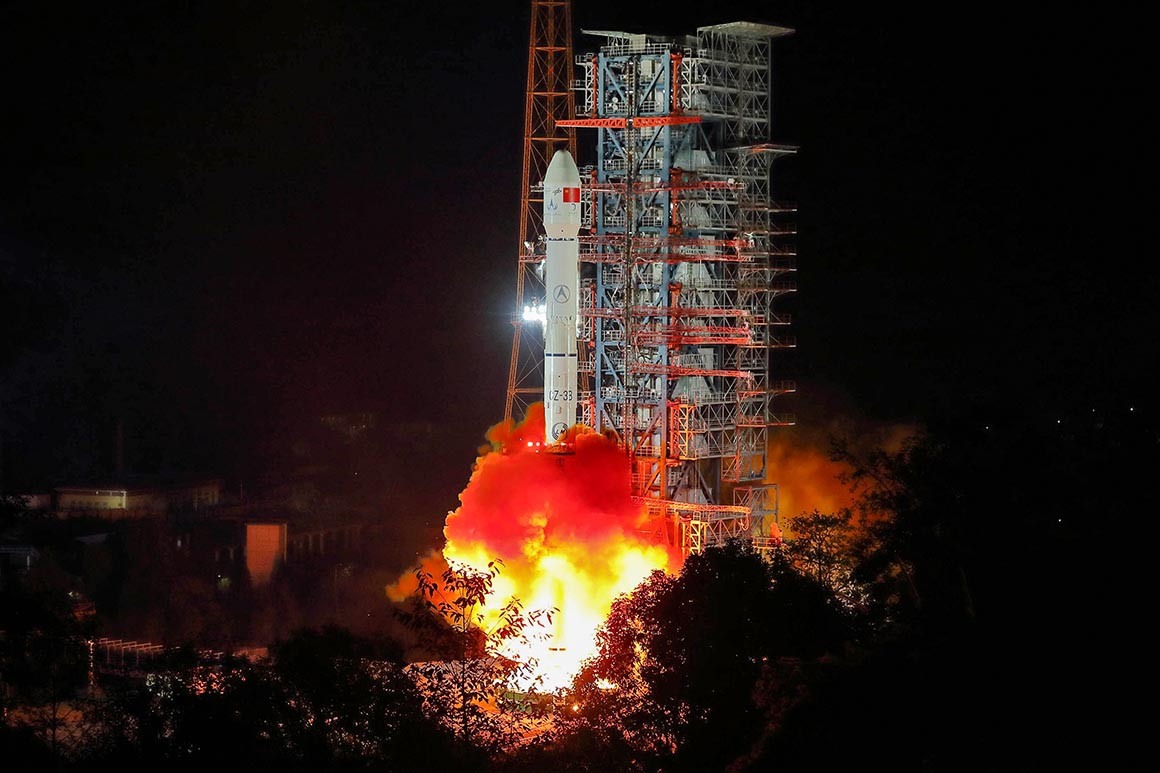 China’s space ambitions have raised concerns within the Pentagon.  Cover Photo :Earlier this year, there was coordination with the Chinese government regarding plans for NASA’s Lunar Reconnaissance Orbiter to take images of the landing site of Chang’e 4, the robotic spacecraft shown above on the cover page on this blog , that China landed on the far side of the moon in January 2019.