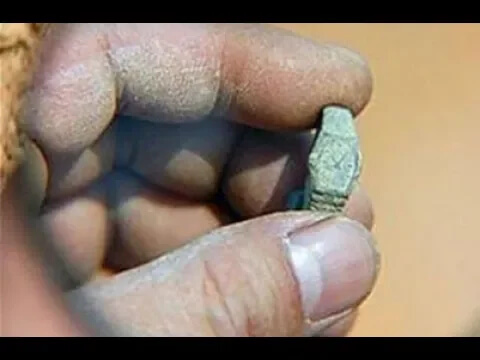 Wacky Universe
Do you believe in time travel? Since the late 19th century and after, the idea of time travel become more and more entertained by humankind. What else became more popular in the past century or two? Sci Fi. So let’s take a look at all these stories of time travel and figure out which could be fact or fiction. Subscribe for weekly wacky videos and learn interesting facts about the world with awesome top 10 lists and other amazing videos. 7. The Large Hadron Collider We’ve mentioned some alleged way to time travel, but one device that is very real is the Large Hadron Collider–a particle collider built by the European Organization for Nuclear Research. It currently sits under the boundary between France and Switzerland near Geneva. It ranks as the largest single machine in the entire world as well as the most powerful and largest particle collider ever. Also called the LHC, it measures to 17 miles or 27 kilometers in circumference. Lots of people speculate that scientists have already created time travel with it but CERN has not confirmed anything. 6. Carlssin And Wall Street In 2003, Yahoo reported in their Entertainment News section that man was taken into custody for making high risk stock trades and being successful in all 126 he made. For many, that signals something suspicious going on. Most of the time when things like this happen, it means that person somehow obtained inside information to make such successful decisions. The man doing all this was someone named Andrew Carlssin, who started with an investment of $800 got up to $350,000,000 back. After being taken into custody and confessing where he got his information, he instead told the SEC he was a time traveller from 200 years into the future. Turns out the whole thing was confirmed more or less to be fabricated. 5. The Circus Cell Phone You’ve probably heard this one before. Although not so much a popular movie anymore, Charlie Chaplin’s film The Circus has somehow withstood the test of time enough that someone would notice an extra that passes by in frame who appears to be holding a cell phone. She holds the object to her ear like you would a mobile. It baffled lots of people ever since 2010 when George Clark spotted her in the movie. But for those who believe in time travel, experts say that she was probably not holding a cell phone most likely was hard of hearing. As a result, she would’ve needed a device like a Siemens hearing aid to help like–similar to this one here. 4. The Man From Taured A famous instance of supposed time travel stems back to the 1950s when a man that arrived at a Japanese airport and claimed he hailed from a country called Taured. That may sound unfamiliar to many because, well, it doesn’t exist. It was 1954, and a man at Haneda Airport caused a bit of a ruckus when immigration had to stamp his passport and saw that the country was a place called Taured–a place no one had ever heard of. He would later say that Taured exists between France and Spain–where Andorra can be found. Though he was detained by officials, he eventually disappeared after being taken to a hotel by guards. Could he have been from the future where Taured exists? 3. The Swiss Ring Watch The thought of a Swiss watch in the form of a small stone ring being found in an old Chinese mausoleum sounds incredulous. Or at least people on the internet thought so after so-called news of a Swiss ring watch found in an chamber that dates back to the Ming Dynasty spread all over online. The news came accompanied with this photo, of what does look to be like a small swiss watch made of stone or fossilized. Upon first hearing the store, speculation rose that it was evidence of time travel. The truth? The picture was digital altered. 2. The Egyptian Helicopters Something that looks a little more plausible are hieroglyphs that have been popularly dubbed as “the helicopter hieroglyphs.” Located nearly 7 miles away from the Nile River sits the Temple of Seti I, a major archaeological site. At the temple, carvings on the wall seem to depict shapes that look a lot like modern machinery, such as helicopters. The only explanation that could be offered was either aliens or time travel, something witnessed by the Ancient Egyptians that they documented. Turns out, it was just the result of plastering and replastering that egot eroded away, making these
Please remember we all have different opinions, Think Before You Speak or Write Something that is cruel to Others. After all, We are only Humans. Wishing you clear skies and wide eyes. To share your experiences or just leave a comment there is a area below. Read or listen.