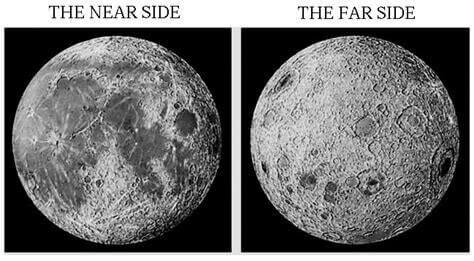 We’ve all heard the term “dark side of the Moon” as a description for the far side of our planet’s satellite. It’s actually quite a mistaken idea based on a misconception that if we can’t see the other side of the Moon, it must be dark. It doesn’t help that the idea crops up in popular music (the Dark Side of the Moon by Pink Floyd is one good example) and in poetry.

In ancient times, people really did believe that one side of the Moon was always dark. Of course, we now know that the Moon orbits Earth, and they both orbit the Sun. The “dark” side is merely a trick of perspective. The Apollo astronauts who went to the Moon saw the other side and actually basked in the sunlight there. As it turns out, different parts of the Moon are sunlit during different parts of each month, and not just one side.

Its shape seems to change, which is what we call the phases of the Moon. Interestingly, “New Moon,” which is the time when the Sun and Moon are on the same side of Earth, is when the face we see from Earth actually IS dark and the far side is brightly lit by the Sun. So, calling the part that faces away from us as the “dark side” really IS a mistake.

Call It What It Is: The Far Side

So, what do we call that part of the Moon we don’t see each month? The better term to use is the “far side.” It makes perfect sense since it is the side farthest away from us.

To understand, let’s look more closely at its relationship to Earth. The Moon orbits in such a way that one rotation takes just about the same length of time as it takes for it to orbit around Earth. That is, the Moon spins on its own axis once during its orbit around our planet. That leaves one side is facing us during its orbit. The technical name for this spin-orbit lock is “tidal locking.”

Of course, there is literally a dark side of the Moon, but it’s not always the same side. What is darkened depends on which phase of the Moon we see. During a new moon, the Moon lies between Earth and the Sun. So, the side we normally see from here on Earth that’s normally lit by the Sun is in its shadow. Only when the Moon is opposite from the Sun do we see that part of the surface lit up. At that point, the far side is shadowed and is truly dark.

Exploring the Mysterious Far Side

The far side of the Moon was once mysterious and hidden. But that all changed when the first images of its cratered surface were sent back by the USSR’s Luna 3 mission in 1959.

Now that the Moon (including its far side) has been explored by humans and spacecraft from several countries since the mid-1960s, we know much more about it. We know, for example, that the lunar far side is cratered, and has a few large basins (called maria), as well as mountains. One of the largest known craters in the solar system sits at its south pole, called the South Pole-Aitken Basin. That area is also known to have water ice hidden away on permanently shadowed crater walls and in regions just below the surface.

It turns out that a small sliver of the far side can be seen on Earth due to a phenomenon called libration in which the moon oscillates each month, revealing a tiny bit of the Moon we’d otherwise not see. Think of libration as a little side-to-side shake that the Moon experiences. It’s not a lot, but enough to reveal a bit more of the lunar surface than we normally see from Earth.

The most recent exploration of the far side has been undertaken by the Chinese space agency and its Chang’e 4 spacecraft. It’s a robotic mission with a rover to study the lunar surface. Ultimately, China is interested in sending humans to study the moon personally.

The Far Side and Astronomy

Because the far side is shielded from radio frequency interference from Earth, it’s a perfect place to put radio telescopes and astronomers have long discussed the option of placing observatories there. Other countries (including China) are talking about locating permanent colonies and bases there. In addition, space tourists could find themselves exploring all over the Moon, both near and far side. Who knows? As we learn to live and work on all sides of the moon, maybe one day we’ll find human colonies on the far side of the moon. 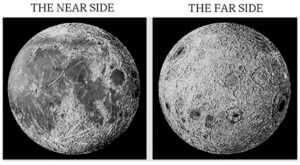 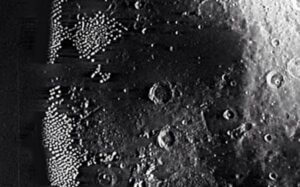