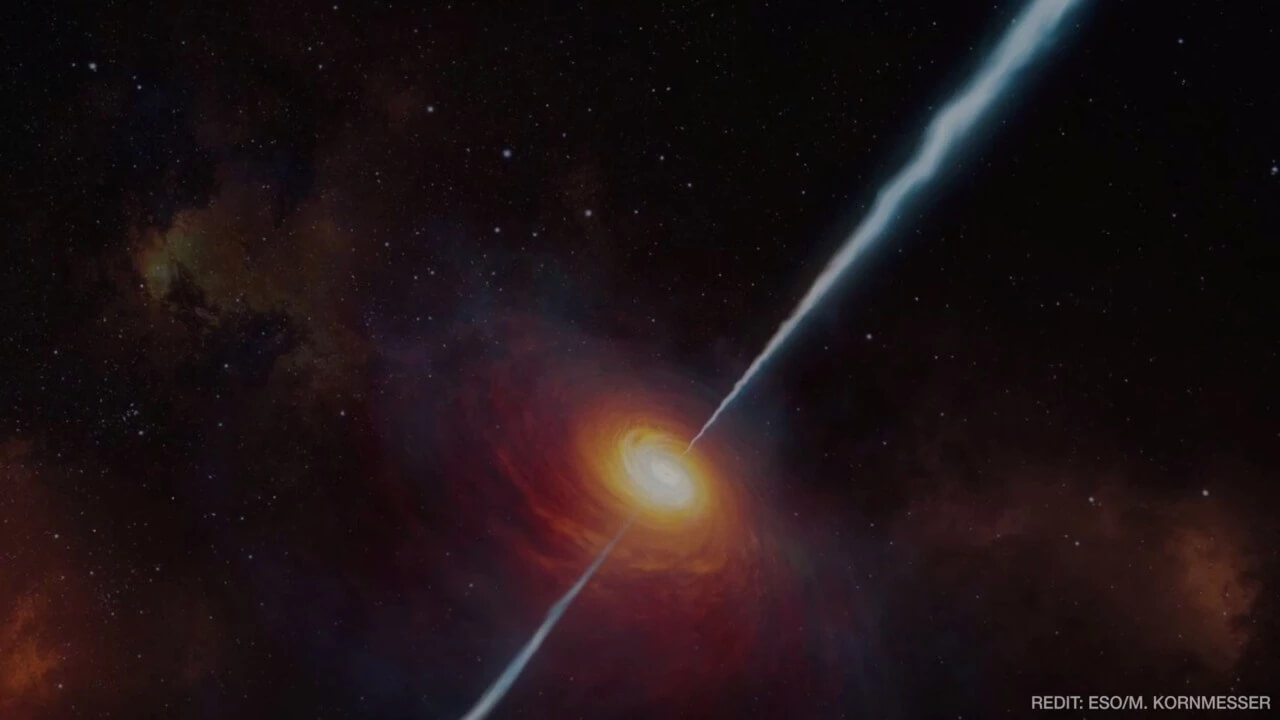 Astronomers are attempting to get a glimpse into the origins of the universe. 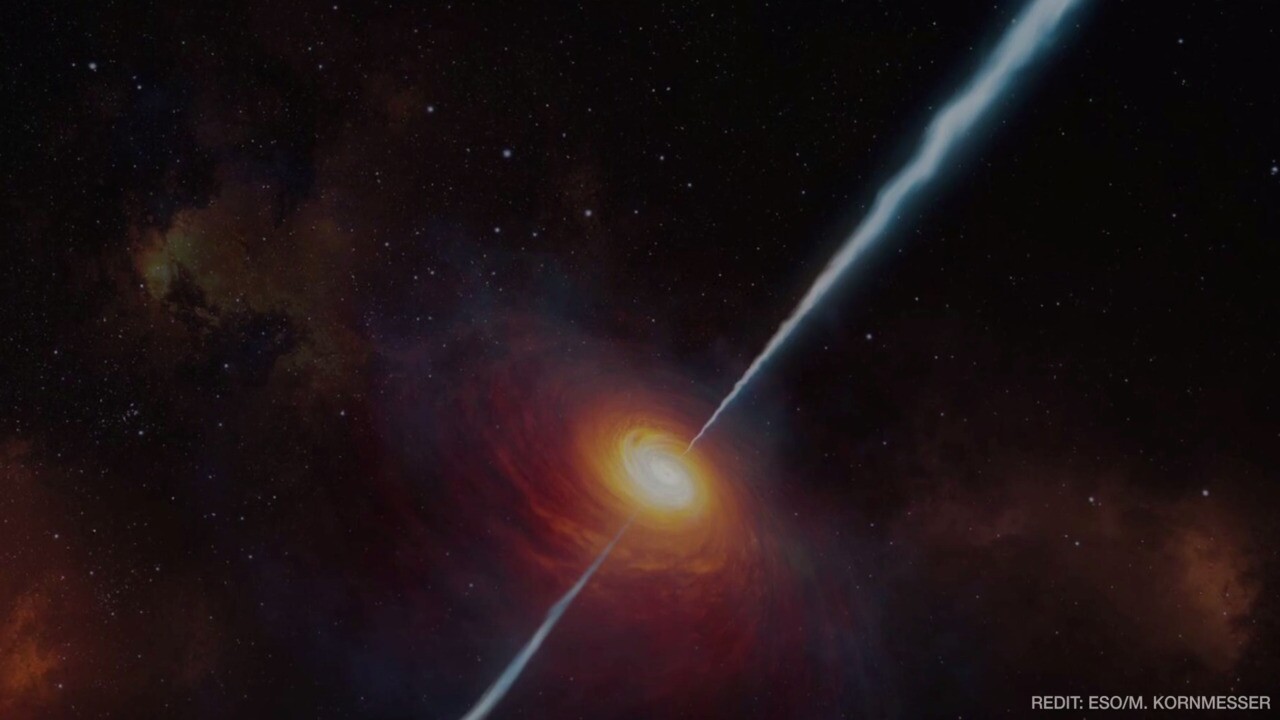 A long time ago in a galaxy far, far away, a supermassive black hole spewed out a powerful radio signal, which traveled for 13 billion years to reach Earth. This isn’t the stuff of science fiction — it’s reality. Using the European Southern Observatory’s Very Large Telescope (ESO’s VLT) in Chile, a team of researchers have discovered what might be the universe’s most distant radio-loud quasar found to date. This artist’s impression shows how the distant quasar P172+18 and its radio jets may have looked. To date (early 2021), this is the most distant quasar with radio jets ever found and it was studied with the help of ESO’s Very Large Telescope. It is so distant that light from it has traveled for about 13 billion years to reach us: we see it as it was when the Universe was only about 780 million years old.
| Credit: ESO/M. Kornmesser

A quasar is a super-bright celestial object found at the center of a galaxy that is powered by an active black hole, one that’s eating up matter around it. (Most galaxies, including our own Milky Way, have quiet black holes at their centers.) This newly discovered quasar, dubbed P172+18, is rather remarkable: Its black hole is shooting out the remnants of its meal in the form of radio waves, or jets, making it what astronomers call “radio-loud.” To date, only about 10% of all known quasars are radio-loud, and P172+18 is by far the most distant, at 13 billion light-years away. Though we’ve discovered quasars even further away, none of them are radio-loud.

Scientists are thrilled by this discovery, as its distance from the Earth implies its ancient age — this quasar likely formed when the universe was just 780 million years old. By comparison, the universe is estimated to be 13.8 billion years old today.

Thus, by studying P172+18, scientists might be able to gain insight into the origins of, well, everything. “I find it very exciting to discover ‘new’ black holes for the first time, and to provide one more building block to understand the primordial universe, where we come from, and ultimately ourselves,” ESO astronomer Chiara Mazzucchelli, one of the researchers who discovered the quasar, said in a statement.

What’s more, the detection of P172+18 will likely lead to similar discoveries of even more distant quasars, providing additional information for astronomers to study. Eduardo Bañados, another member of the research team, said, “This discovery makes me optimistic, and I believe — and hope — that the distance record will be broken soon.”