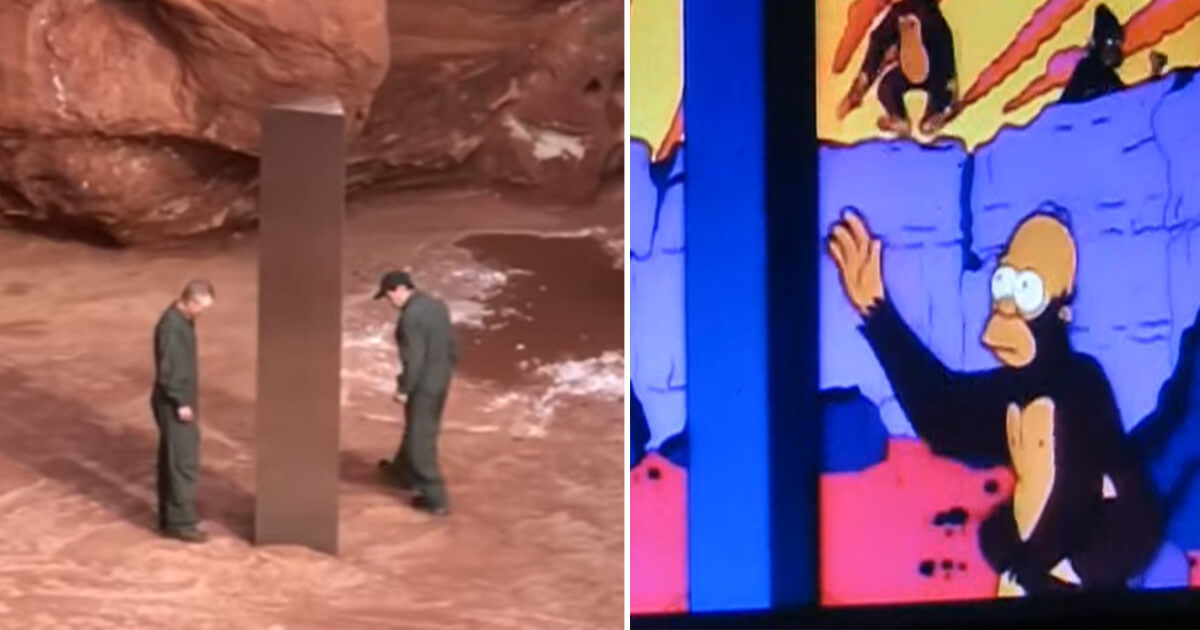 The Utah Department of Public Safety helicopter was assisting the Utah Division of Wildlife Resource officers counting bighorn sheep when the crew spotted something mysterious from above. The discovery was made Wednesday, Oct 18, 2020.

“One of the biologists is the one who spotted it and we just happened to fly directly over the top of it,” said pilot Bret Hutchings. “He was like, ‘Whoa, whoa, whoa, turn around, turns around!’ And I was like, ‘what.’ And he’s like, ‘There’s this thing back there – we’ve got to go look at it!’” The crew circled back and landed the helicopter to take a closer look. They couldn’t believe their eyes. Tucked in a red rock cove was a shiny metal monolith protruding from the ground. “I’d say it’s probably between 10 and 12 feet high,” Hutchings said. “We were kind of joking around that if one of us suddenly disappears, then the rest of us make a run for it.” Hutchings said it didn’t look like it was dropped into the ground from above. It was firmly planted there.

“We were, like, thinking is this something NASA stuck up there or something. Are they bouncing satellites off it or something?” Hutchings questioned. That said, the crew decided it didn’t appear there was any scientific purpose to it. Hutchings said it looked as if it was manmade – perhaps more of an art form than any kind of alien lifeform. People found this strange object similar to a scene from “The Simpsons” published in 2001 (check video 2, below). Because the monolith was in an area the crew feared amateur adventurers might get stuck, they were intentionally vague about its location. The group left with pictures and videos but few answers. Hutchings said he had seen many unusual things from the helicopter over the years, but never anything quite like this. “That’s been about the strangest thing that I’ve come across out there in all my years of flying,” Hutchings said.