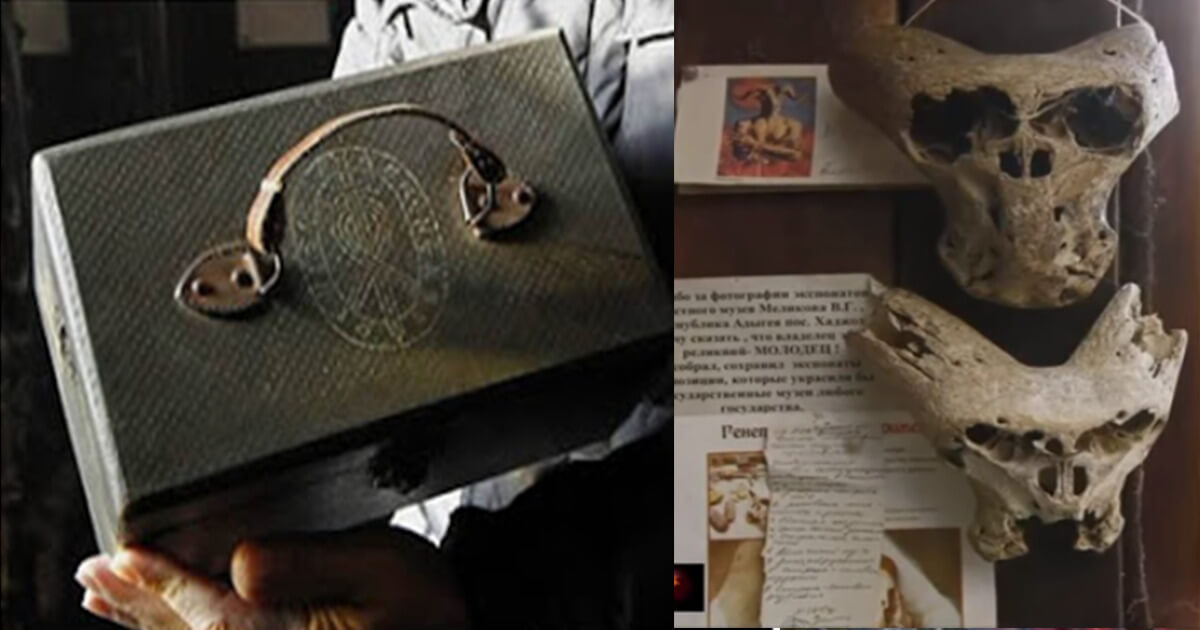 These strange mysterious skulls were discovered, as the title suggests, inside of a briefcase that allegedly belonged to a German secret society that was active during the second world war.

The emblem of the Ahnenerbe was discovered on the briefcase and the item itself was uncovered in the mountains of the Russian Caucasus.

The skulls themselves that were uncovered inside didn’t appear to belong to any known creature and their resemblance to demonic figures is downright eerie, to say the least.

The name of the secret organization is actually an acronym for a Society for Research and Teaching on German Ancestral Heritage and as far as we know, it actively had around 350 specialists in its midst which worked publicly from 1939 to 1945.

As you may have guessed by now, their main objective was to study the Aryan race altogether and their research spread as far as Tibet and the Caucasus for the most part.

They were the ones that actively researched the bell-shaped UFO that the Germans used during World War II and this discovery further proves the fact that they weren’t dealing with normal projects, to say the least. The skulls are not human, nor animal, and yet they are organic as far as we can tell.

The discovery was made next to a series megalithic structures  and we know that the Ahnenerbe group was here as they were actively researching the place in 1941.