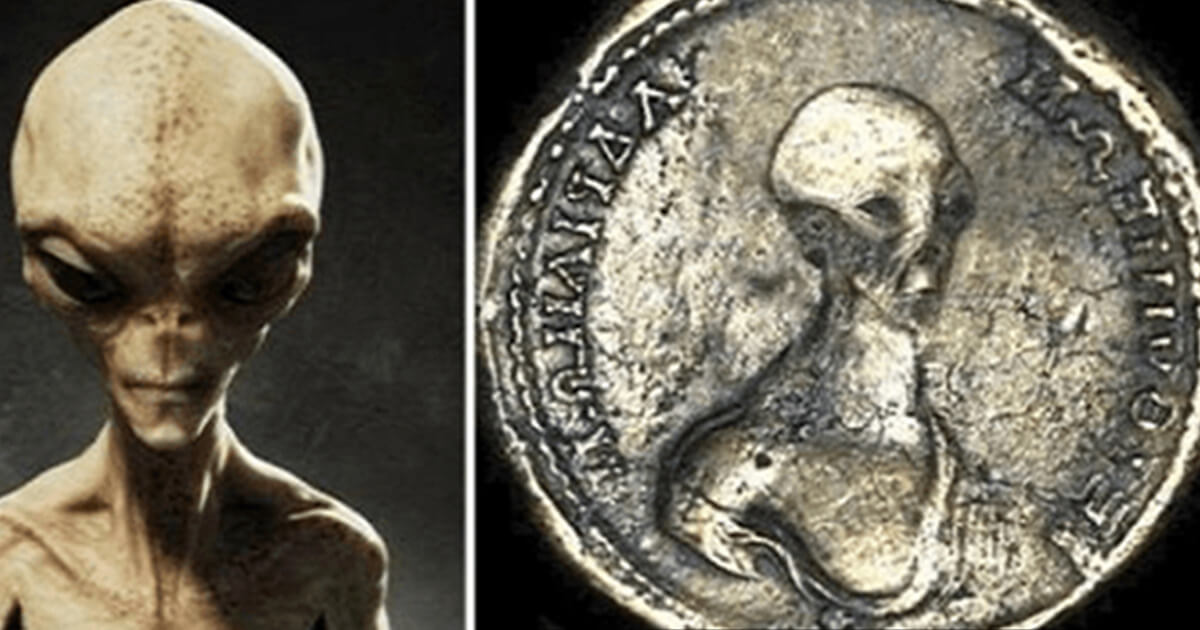 Since ancient times, humans have found many things that correlate with the coming of aliens on Earth. These objects have always caused controversy among researchers because it has not yet been established exactly which of these are original and which are false, created to mislead.

Another hypothesis could be that they represent something other than people think. This is what happened in this case, when in Egypt, a strange ancient coin was discovered.

People who have seen it believe that the face drawn on the coin is inspired by another race, and represents an alien being. This is not the only strange coin discovered. Another example is a coin that had engraved a UFO.

Being something that has not been proven exactly until now, these objects still leave unanswered questions.

Another coin discovered in 1680 has serious clear evidence that UFOs exist and were once on our planet, at least so it is considered by many people. In the same way, as in any subject, there are people who agree that this is clear evidence, but there are also people who consider that these are just oval shields, objects used by warriors to defend themselves. The only thing that all we have to do is wait for an opinion from the researchers.