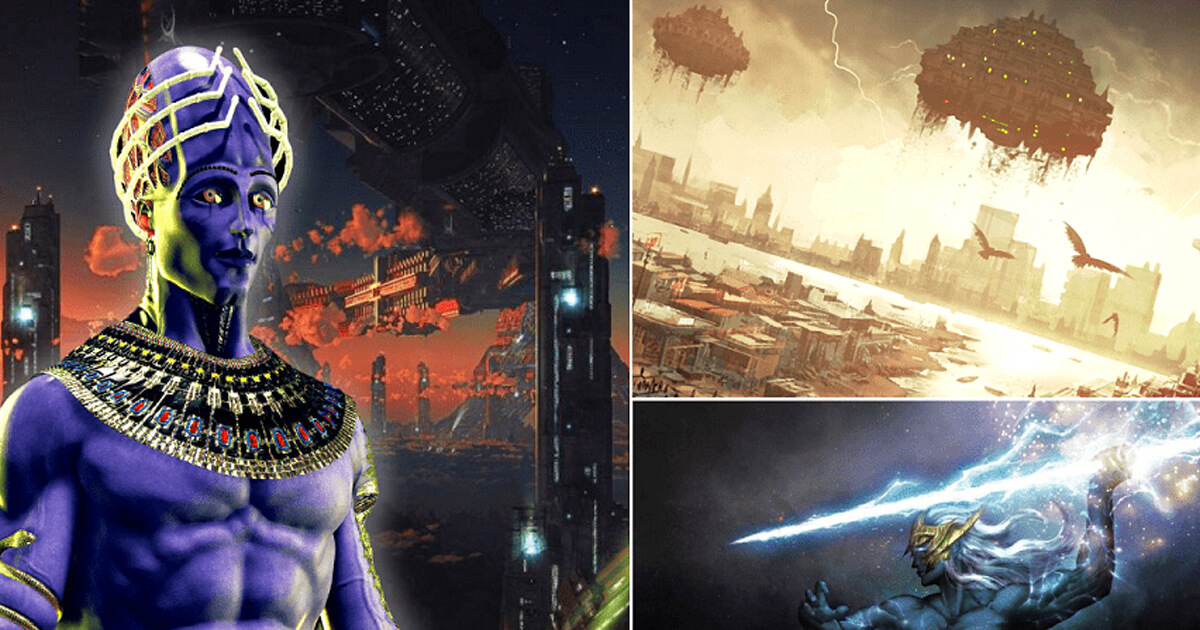 The history we have been told by the mainstream history books and scholars keeps us away from the true history of mankind. Ancient cultures and their respective manuscripts contain information that might allow us to rewrite human history. According to Indian scholars, an ancient Hindu text reveals technology such as mind-controlled vehicles, levitation, anti-gravity, and interstellar spaceships that visited Earth in 4,000 BC. Apart from Sumerians and Egyptians, the ancient Indian civilization also had advanced technology. Ancient Sanskrit manuscripts say that flying ships visited the continent over 6,000 years ago. Dr. V. Raghavan (1908-1979), a Sanskrit scholar from Madras University, was convinced that centuries-old documents in Sanskrit prove that aliens from outer space visited Earth. “Fifty years of researching these ancient works convinces me that there are livings beings on other planets and that they visited earth as far back as 4,000 B.C,” he said. Raghavan noted: “There is a just a mass of fascinating information about flying machines, even fantastic science fiction weapons, that can be found in translations of the Vedas (scriptures), Indian epics, and other ancient Sanskrit text.” Rukma Vimana, Sundara Vimana and Shakuna Vimana Source: Bharadwaaja (1973) In the Mahabharata (writings), there is a notion of divine lighting and ray weapons, even a kind of hypnotic weapon. And in the Ramayana (writings), there is a description of Vimanas, or flying machines, that navigated at great heights with the aid of quicksilver and a great propulsive wind. “These were space vehicles similar to the so-called flying saucers reported throughout the world today.” Ancient Vedic texts, written in Sanskrit, described that the world is in the Fourth Age of mankind. The texts are filled with references to Gods that fought battles in the sky using Vimanas equipped with weapons as deadly as any we can deploy in more enlightened times. Vaimanika Shastra, or the Science of Aeronautics, an ancient Hindu manuscript mentioned the incredible details of advanced machinery, controlled by the mind and complete guide to space, spaceships, and interstellar travel. The text was written by Maharshi Bharadwaja in the fourth century B.C. and then re-written in 1875 using the old texts as they were rediscovered in the temple in India. A manuscript illustration of the Sky Battle of Kurukshetra fought between the Kauravas and the Pandavas, recorded in the Mahabharata Epic. The Vaimanika Shastra consists of eight chapters with diagrams, describing three types of aircraft, including apparatuses that could neither be burned nor broken. It also mentions 31 essential parts of these vehicles and 16 materials from which they were constructed, which absorb light and heat, for which reason they were considered suitable for the construction of Vimanas. Dr. Raghavan was the only person who believed in this theory. Dr. A.V. Krishna Murty, professor of aeronautics at the Indian Institute of Science in Bangalore said: “A study of the Sanskrit texts has convinced me that ancient India did know the secret of building flying machines-and that those machines were patterned after spaceships coming from other planets.” Another Sanskrit scholar Subranamia Iyer spent many years deciphering old collections of palm leaves found in the villages of his native Karnataka in southern India. One of the palm leaf manuscripts is the “Amsu Bodhini,” which contains information about the planets, the different kinds of light, heat, color, and electromagnetic fields, the methods used to construct machines capable of attracting solar rays and, in turn, of analyzing and separating their energy components; the possibility of conversing with people in remote places and sending messages by cable; and the manufacture of machines to transport people to other planets. In the Sanskrit text known as “Samaraanganasutraadhaara,” there are steps and principles to build Vimanas that deal with every possible angle of air travel in a Vimana. There are around 230 stanzas that describe the construction of a flying machine, its take-off, cruising for thousands of miles, normal and forced landings, and even possible collisions with birds. Not only Ancient India had knowledge of spacecraft, but they also possessed the advanced weaponry that someone could relate to modern nuclear missiles. In Mahabharata, we find the text that reads: “Gurkha flying in his swift and powerful Vimana hurled against the three cities of the Vrishis and Andhakas a single projectile charged with all the power of the Universe. An incandescent column of smoke and fire, as brilliant as ten thousand suns, rose in all its splendor. It was the unknown weapon, the Iron Thunderbolt, a gigantic messenger of death which reduced to ashes the entire race of the Vrishnis and Andhakas.” There is no doubt that the text is about the nuclear weapon that killed Vrishnis and Andhakas, similar to the Atomic bombings of Hiroshima and Nagasaki where more than 200,000 people were killed. Ancient astronaut theory says that the genetics of primitive humans were altered by an extraterrestrial race descended from stars. They modified humans’ DNA and provided them with abilities. Probably, such advanced technology was brought to Earth by ancient aliens. Similar examples can be seen in almost every ancient culture. Unfortunately, mainstream scholars defy such claims by calling them mythology.