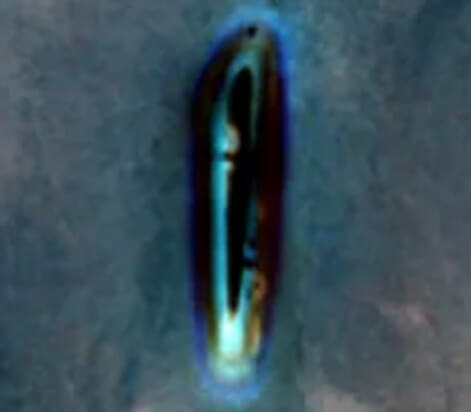 An object that was approaching the Gemini IV capsule was captured on camera by Major James McDivitt back in June of 1965.

Right as the capsule was passing Hawaii by the Major saw a very strange cylindrical and white object approach them. He saw that it had a very huge arm on its side and that it was neon blue of all colors. During his time working for the Gemini and Apollo missions he’d seen a ton of things but this is by far the most notable one for him.

He’s worked as the commander of Gemini 4 when he helped Edward H. White become the first US citizen that walked in space and not only that, he also manned the Apollo 9 mission back in 1969-1972. Edward H. White was his copilot during the Gemini 4 mission and according to him, after a whopping 66 orbits into space, he could finally turn back and get home after all.

That is when he saw this strange UFO approach them. What is wanted or why it did that, to begin with, he doesn’t know, but what he does know is that this is an incredible discovery that needs more exposure considering exactly how many credentials he’s garnered throughout the years.