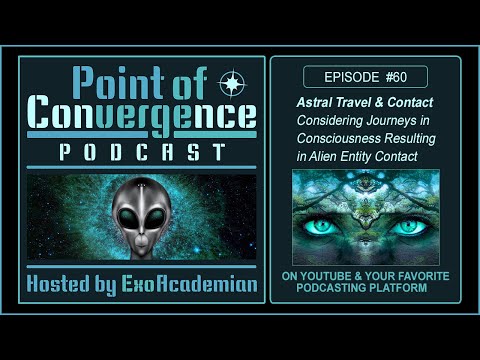 ExoAcademian
When it comes to the so-called UFO Phenomenon, the levels of complexity go much deeper than the general public and the political and media mainstream generally realize. In other words, the conversation that’s – finally – being had in those circles, because of revelations arising primarily since 2017 – is still a far cry from the nature of the discussion being had by people really familiar with the nuances of this thorny but enthralling topic. The first layer is the notion that sophisticated alien entities may be in our midst, supposedly piloting – or at least controlling, even if remotely – the strangely exotic craft that have been regularly spotted buzzing in and around our skies. That part of the conversation is finally being had – in at least some elements of the mainstream, though widespread acknowledgement of this fact is still a long way off. Further inward from that surface layer of the proverbial onion is discussion regarding how these alien others seem to be both contacting and ongoingly interacting with human beings, as we speak, and most likely have been for as long as our species has been around to have such experiences. Another layer deeper from that part of the narrative, which is already much more than the general public and the political and media mainstream are willing to even discuss, is a notion even more shocking: that being that some people are taking a proactive role – and are reaching out to these alien others; taking the front-foot, as it were, in the contact and communication process. CE-5 – short for “close encounters of the 5th kind” is a term used to describe a certain form of this kind of interaction with alien others. CE-5 involves a series of general protocols designed to peacefully invite contact with sophisticated, non-human intelligence. A person may, for instance, communicate, via the aid of meditation and directed intention, a desire to see a craft – presumed by many, if not most, to be extraterrestrial in origin – to show itself in a particular place in the sky at a particular time. Interestingly, while CE-5 is the most familiar form of proactive, human-initiated contact with apparently non-human, alien intelligence, it is not the only method that has, and is, being employed. Astral travel is another form of contact/communication/communion that is being used to reach out and bridge whatever divide separates us and “them”. Of course, the fact that astral travel seems to – after the correct kind of training/preparation – be just as effective in achieving this close encounter contact as is CE-5, this only begs the question as to the nature of the divide that does actually separate us from them. Indeed, the fact that we seem to be able to travel, via consciousness, as it were, without “physically” going anywhere, and still not only contact these alien others, but even spend time aboard their in-orbit spacecraft, suggests that the nature of the contact (or at least, some if it) is perhaps not what many first assume it to be. And really, once you really think about it, it becomes clear that the implications here even call into question the very nature of what we call “reality”. Without doubt these implications are as fascinating as they are mind-bending; and are – without question – as simultaneously bizarre as they are profound. And these are the very matters we’ll seek to delve deep into, in this, the 60th episode of the Point of Convergence podcast.