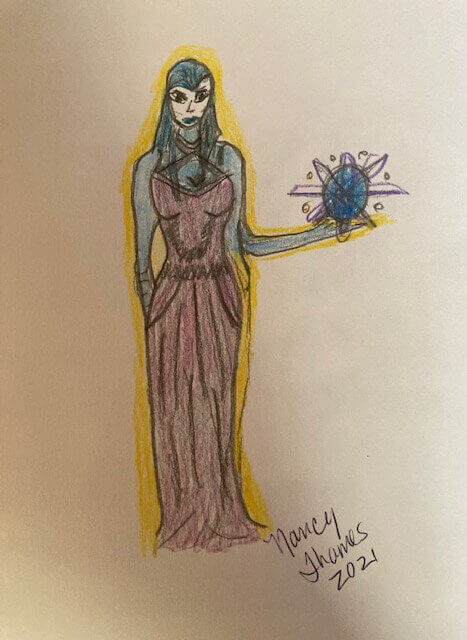 Alex Collier is one of the famous alien contactees who claimed that for over 30 years, he had been in contact with aliens from the constellation Andromeda. Their contact included multiple visits to aliens’ spaceships and telepathic connections for decades.

Many well-known UFO enthusiasts considered Alex to be credible, at least in the sense that he tries to convey as fully as possible the information received from his contacts with the Andromedans.

Collier claimed that he was mentored by two andromedans, Vissaeus and Moranay. He said that those Andromedans are the descendants of the ancient Lyrans. The Andromedans took him aboard their spaceships, including a large extraterrestrial ship, where he had been training for three months. The Andromedans gave him information about cosmic spirituality, life in the universe, and the galactic history of Earth.

Alex Collier said that his first encounter with the Andromedans took place in 1964. Since 1985, he had been in constant and consistent communication with them. In 1993, he began attending seminars where he started sharing the information he received from the aliens with the people. In 1997, he even got a threat from some unknown people who wanted him to stop spreading the information. He took it seriously and did not speak until 2002.

According to various interviews by Collier, he described Earth being under the control of “regressive” extra-terrestrial beings. Those aliens came to Earth from the star system known as Alpha Draconis. He said that humans are separated by two different philosophical belief systems. One of them spreads love & free will, while the other one shows control and resource consumption.

In his last lecture before he retired from the UFO lecture circuit in 2002, Collier said that the ancient alien race known as the “Founders” are responsible for building planets’ environment and make them suitable for life. The Andromedans and the Pleiadians believed that this ancient alien race is called the “Paa Tal.”

He even said that those aliens are capable of removing moons to alter the planet’s position from its sun to control the amount of radiation. Andromedans could reportedly create a solar system.

Collier noted that the Andromedans are about 4,300 to 4,500 years ahead of us in technology. They do not count years in 365 days as we do on Earth. According to different extraterrestrials, one year is a time when every cell in their body duplicates itself, and it takes around 34 years.

According to Collier, humans are consist of 22 extraterrestrial races.

Dr. Michael E. Salla, a well-known scholar in international politics, conflict resolution, and U.S. foreign policy, claimed in one of his articles that aliens from other planets and civilizations live on Earth in peace. But for aliens, humans are barbarians and savages who pose a threat even to themselves.

“Dr. Salla’s efforts to help bring humanity together and see the bigger picture will have a profound effect on humanity positively for decades. And I also feel that Dr. Salla’s honesty is beyond reproach.”

Collier claimed that there are about 135 billion people living on the planets in the eight closest galaxies to us. He even said that when he visited one of those habitable planets, those people got scared of seeing an earthling because of our bad reputation. In the whole universe, only humans could make their own people slaves and kill them for their own benefits.

In his interview in 1994, he said that all human life originated from the constellation Lyra. He said that the aliens from Andromeda were humans in every way. They were 4 to 8 feet tall with white & blue skin. He even talked about the missing children, the coming New World Order, control of dark forces on the world politicians, the existence of Reptilian aliens, our religions, and the history of Earth and our Universe.

In the 1990s, he published a book entitled ”Defending Sacred Ground” and ”Letters From Andromeda.” Interestingly, he was told not to take benefits from his work.