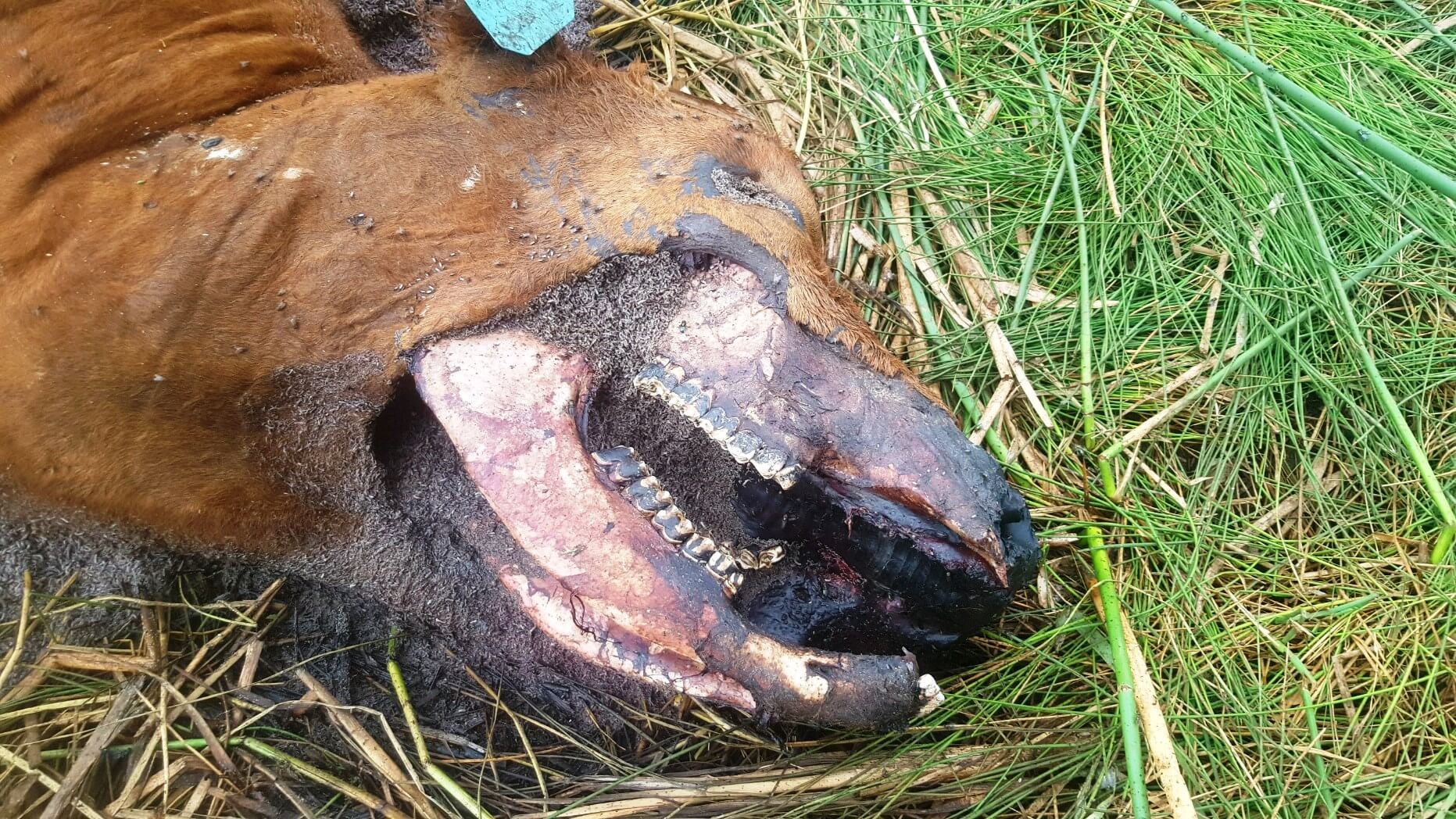 My last few blogs have covered the possibility that Aliens are using Hydrogen for either fuel or to sustain their life or maybe both. I’ve also stated that to create Hydrogen, an EMF (electro-magnetic field) would be generated which is an energy signature we might be able to use to locate the aliens.

But what if there is another element involved with Aliens using Hydrogen?
How about Ammonia?

Ammonia ( NH3) is made out of one Nitrogen and three Hydrogen atoms. Earth’s atmosphere is composed of about 78 percent Nitrogen, 21 percent oxygen, and 1 percent other elements. About 71 percent of the Earth is covered with water, and underground reservoirs hold more than three times as much water as our oceans. 2 Hydrogen atoms and 1 Oxygen atom creates 1 molecule of water. So it’s pretty easy to use Earth’s atmosphere which is abundant of Nitrogen and Earths abundance of water to create Ammonia.

Looking at the above elements, an Alien species who visit us from an Ammonia based planet could easily adapt to our planet by using our natural resources.

But Aliens coming from an Ammonia based planet? Is that possible? Well there’s a few Ammonia based planets in our galaxy alone, and we Earthlings can’t be so arrogant and thick headed to think all life forms outside our planet should be the same as us.

Ammonia planets tend to have similar climates to Earth’s, except it uses ammonia as a “variable gas” instead of water vapor as it is on Earth. For example, there is ammonia rain or ammonia snow instead of water rain or water snow.

Planetstar.fandom.com also explains:
There are also predictions that animals may be able to inhale oxygen and exhale carbon dioxide for respiration on an Ammonia planet just like we do here on Earth. They could probably drink Ammonia like we would drink water, but may not be Carbon based life forms like us.

Also, if you come from an Ammonia based planet, then you might use what natural resources you have for travel, just like we do here on Earth. As an example, here on Earth we use:
– Liquid Rocket fuel, which is liquid hydrogen and liquid oxygen.
– Hydrogen fuel cells, which is made from Hydrogen.
– Petroleum fuel, which is made from the decomposition of organic matter over millions of years.

Now if Aliens are visiting from an Ammonia based planet, then they can generate as much Ammonia as they need from our natural resources to sustain life and/or create the fuel they need for scootin’ around here.

The Harber-Bosch process:
This is a well known process that goes back a hundred years to create fluid ammonia which is then used to create fertilizers. The process uses extremely high pressure to force a chemical reaction by including nitrogen from our air with hydrogen from our natural gas to produce ammonia.

Smoking Gun Thought:
As mentioned in one of my previous blogs, I stated Aliens could be using our fossil fuel resources to generate Hydrogen. Places like the Skinwalker Ranch in Utah sit on Natural Gas reserves and there is an abundance of sightings there. Other areas of the US where there are Shale Plays, concentration of crude or and natural gas, UFOs have been seen too!

Could Aliens be extracting Hydrogen from our fossil fuel resources to produce Ammonia?

Ammonia can also be used as fuel. Here on Earth liquid Ammonia’s energy density by volume is nearly double that of liquid hydrogen and is a primary competitor as a green alternative fuel. It’s much easier to ship and distribute. You can store it, ship it, burn it, and convert it back into hydrogen say’s (Science.org).

If a propulsion system uses Ammonia, then its exhaust would be water and nitrogen. Scientist on our planet have been considering using Ammonia as a replacement clean energy source for some time.
– It’s carbon free and environmentally benign.
– It’s cost effective
– It can be considered a replacement for all combustion systems.

Aliens from an Ammonia rich planet could also use it as an energy source, and if they were going to venture out in space to visit other planets, they may want to pick planets which has the resources they need.

On our planet we have 78 percent Nitrogen and 21 percent oxygen. Our bodies need oxygen to function, so the air we breathe into our lungs contains mostly nitrogen and oxygen. After we take a breathe, our lungs transfer the oxygen to our blood to be transported throughout our body but we simply exhale all the nitrogen back into the air.

What if a planet had 78 percent ammonia and 21 percent oxygen? A life form could exists in which its lungs would use the oxygen like us, but simply exhales the ammonia like we exhale the nitrogen. Completely unused.

What’s interesting is, with our abundance of Nitrogen in the air, we neither use it to breath or for the water we drink. So what is Nitrogen used for?

Nitrogen is a component of amino acids and amino acids are the building blocks of all proteins. (ie Life) Proteins are structural components for muscle, tissues, and organs.

What if Ammonia is a component of some type of Alien Amino Acids that are building blocks for all their Alien type proteins?

In a book called “Enigmatic Microorganisms and Life in Extreme Environments”, this is stated:

Though many bacteria can grow in ammonia and some are even ammonia requiring, only a few heterotrophic flagellate protozoans have been reported to survive with ammonia as their only nitrogen source. Bacteria in ruminants also utilize ammonia and other comparatively simple organic compounds such as urea, which can act as a source of nitrogen for synthesizing amino and nucleic acids within the host.

So here on Earth we do have organisms that use Ammonia for synthesizing amino acids in a Nitrogen rich environment. On a planet where 78 percent of its atmosphere is Ammonia and not Nitrogen like us, species would have evolved using Ammonia.

Now here’s an interesting thing that will make you say, “What the Fu?”

Here on Earth, during the processes of dead animal decomposition, the nitrogen in proteins is transformed eventually to ammonia. This would be organs and blood.

Ammonia? Here we go with another interesting thought!

If Aliens are mutilating our animals (cows, horses, pigs, goats, etc.) and taking the organs and blood, they could be breaking down the proteins to end up with Ammonia to sustain their life! Nourishment?

Did I just figure out the reason for all our Animal Mutilations?

Of course I’m just theorizing, but it could start making sense.
– Why the mutilations?
– Why always mammals?
– Why sometimes organs removed?
– Why certain cut marks are in glandular areas?
– Why always the blood?
– And why “sometimes” an animal in the woods is mutilated? For a quick snack?

More on this later.

If Aliens are visiting us from an Ammonia based planet, and Ammonia is the key element for their survival, then our resources are easily capable of giving them what they need. If they happen to want Ammonia from our neighboring planets, then Jupiter and Saturn can accommodate them too!

Now of course my Ammonia scenario is just a theory and more research is needed to validate it or dismiss it, but I believe Ammonia should be considered along with Hydrogen when dealing with Aliens and their technology. Both elements are extremely easy to get and both have the properties needed for an energy source. Ammonia could be used as fuel sources or could be used for sustaining some type of Alien life, either way, both elements are extremely important.

And what about Ammonia relating to Animal Mutilations? That could be quite disturbing.