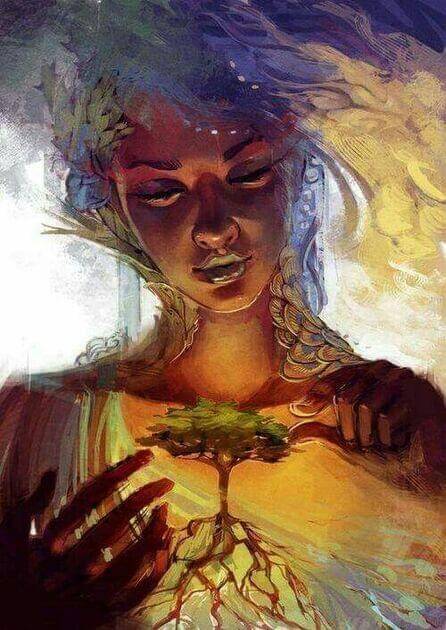 Dear Ones! I am Archangel Michael!

Let’s walk. All together. For those soldiers, who many times together with me found themselves in that immense field, where you were information and where you participated in many meditations, it is not necessary to be in profile, it is enough that you are all united. And how are you united? In one thought, in one desire, in one purpose, which is to be a Pillar of Light.

And I would like you to see in your mind, as if you were a lamppost; but not a lamppost as you know it, with just a small bulb at the end. It is a pole where the Light comes from the bottom to the top.

Imagine this pole as a four-sided pyramid, extremely high. This is a Pillar of Light, this is being a Pillar of Light. Then see yourself very tall, but not tall in the concept of human height, it is tall in the concept of kilometers tall. So realize that being a Pillar of Light is for the few, because you will have to have a very strong base to hold this pillar up. It’s no use building a tiny, little, thin base, and you will fall down; everything has to be proportional. And no, don’t give me the story: “Oh, but I’m not strong enough! I’m not powerful enough! I can’t do it!”

At this point I believe I will hear no more of this, because those who are of my army and know that they are a Pillar of Light, can no longer have these doubts. He is perfectly aware, perfectly believing, of what he effectively is. So as Pillars of Light, kilometer-high, see yourself looking at the planet from the outside, and realize that you are not all concentrated in one spot. And yes, we can say that the vast majority are in this huge country called Brazil. But there are other pillars that are spread around the planet.

So, let’s imagine that in this immense country there is a greater concentration of Pillars of Light. But imagine that even though you are concentrated, you are connected to the pillars that are far away, making a great web around Gaia. No, it doesn’t matter if you have a pillar in North America, a pillar in Europe, a pillar in Asia, it doesn’t matter. The web will be created, the network will be set up. It’s like an electrical grid, where you just have to have one wire for the energy to go through, no matter how big that wire is.

So you will create this big net, and don’t forget that it’s not only here, for these people who hear me within this language, that there are Pillars of Light. There are other countries, other people, in other languages, who also have the knowledge that they are Pillars of Light, and they will also create a big net from the concentration point in their own country. Then observe that in the end we will have a great immense network, because the networks will intertwine and all will emanate the same Light.

So this is the moment. Start doing the math, take out pencils, calculating machines, and start thinking: How big should I put at the base of my pyramid, of my pillar, so that I can sustain myself? Maybe the base has to be really big. So do your math. I don’t want shrunken pyramids. I don’t want skinny pyramids; I want robust pyramids, huge pyramids of Light. Now there is a detail, be careful with the ego, because at these times it gets in the way a little. Because many will want to make huge pyramids to appear, to think they are better than others. So I would say to you, be careful! Don’t let the ego rule the score. Just let your hearts do the talking, and you will know exactly how big the base of the pyramid you have to create is.

To create this pyramid, imagine you are in an open field where there is nothing around. Create that field, because in your mind, that field could even be in your own home. It doesn’t matter; but you will create it in an open, clean field, with nothing in it. Remember, this Pyramid of Light will not be created in this dimension. Imagine if it were. It would be a rush. This Pyramid of Light that each of you will create, will be created in the Fifth Dimension. “Ah, but I don’t have access to the Fifth Dimension yet!” No? Well, I thought you already did. I thought that whoever was my soldier, whoever believed everything I said, everything that is said, already had the thought in the Fifth Dimension. Have I been wrong? No, I answer myself: I was not mistaken. You will not create this pyramid in the Third Dimension, it will be in the Fifth.

This must be said daily. What time? It does not matter. It will not matter. Leave these words stuck somewhere. And every time you look at them, close your eyes, imagine the pyramid, the Pillar of Light, and say the words. In this way you are keeping the whole network connected. “Ah, but there’s the time zone.” That’s why there’s no time, everyone does it at the time they want. And with that, 24 hours a day, the pyramids are being created. Did you think that you would have no work, that you would just sit back and watch from the sidelines?

So I am calling my soldiers, my army, to work. The time has come. Those who don’t consider themselves in my army will also be able to do the act of creating this Pyramid of Light. But perhaps for you it will be a little more difficult to keep it standing. Those who are my soldiers, have enough strength to keep this Pillar of Light standing. Those who are not, may need to make a slightly smaller pillar. Now, don’t think by this that you are expendable, because you are not. Let’s say that at the necessary moment, your own body will be a Pillar of Light. And like you, millions of others will also be little Pillars of Light. Don’t worry.

So let’s act, let’s start working, let’s start creating this big net around Gaia? There is no limit to how often, you don’t have to do it every day, you don’t have to do it all the time. The important thing is that each time it is done, it is done with love, otherwise the pillar will fall down. You will create the Pillar the first time, and each time you say the words, this pillar gets stronger. It’s like a shell the first time, and as you repeat it, it will create a substance inside, which will hold it up and hold it steady. Now it takes heart, it takes love, and most importantly, you have to believe in what you are doing. Because if you doubt, don’t even try, because the pillar will not be generated.

Then I’m already hearing some saying, “But I don’t see anything, how will I know that I created it or not?” Your heart will know, because if you did it with faith, if you did it with love in your heart, the pillar is there even if you don’t see it. So don’t make excuses for not doing it. Now whoever does it, do it with love in your heart.
And to close, I want to leave here the invitation to the Meditation of the Lion’s Gate, on August 8th at 8 PM. You don’t need to bring anything, or have anything at hand, just participate. We will have a live meeting, so that with this meditation we can fall into a new timeline, more accelerated; where effectively you will be contributing to the acceleration of the ascension of planet Earth.