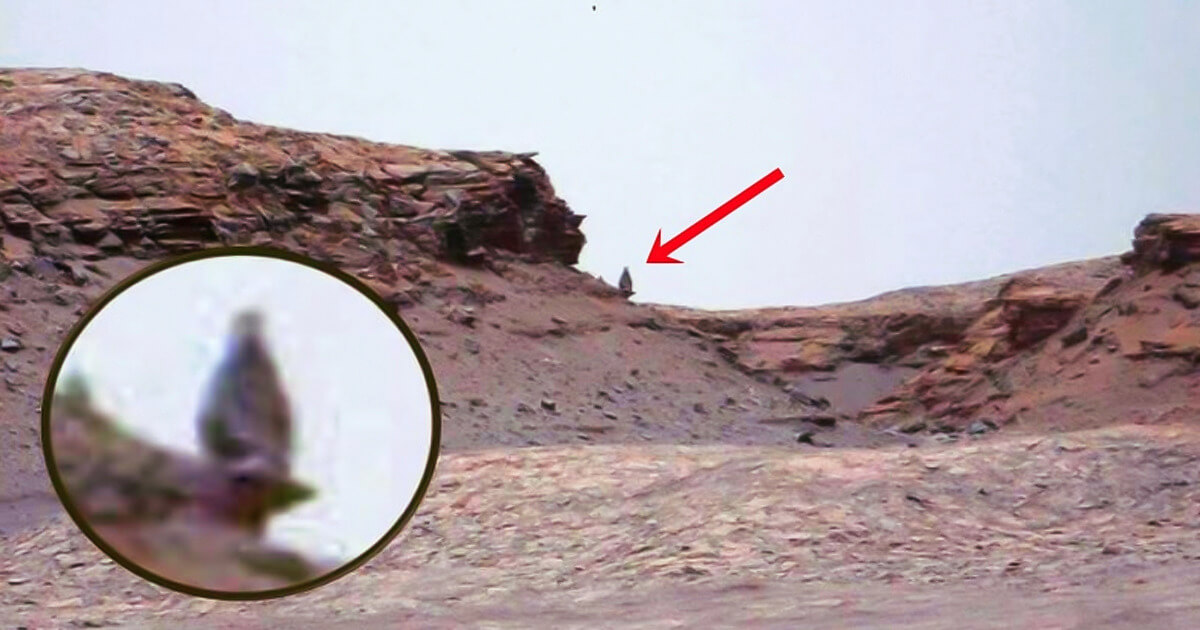 The title is not clickbait, this strange new discovery was made by NASA’s very own Curiosity Rover and as you can tell, it’s no laughing matter as it may actually indicate that there is intelligent life on Mars after all.

Of course, NASA will never acknowledge this as they are clearly against the mere idea of giving the people the truth, but we know that whoever allowed this picture to be released on their very own website knew what it was and yet uploaded it still, trying to get the message to us that life really does exist on Mars after all.

The picture was taken as the Curiosity Rover is climbing on the side of this nearby cliff and you can see the strange ancient statue looming over it from a distance. Experts nicknamed this statue as “The Watcher” because it stares down on all of the creatures directly below it.

The fact that it is so human-like does appear to be a reoccurring theme on Mars though as more and more of these strange encounters emerge out of nowhere on Martian soil.

This statue in particular is most likely meant to offer comfort for the creatures that once inhabited these lands. Being placed so high up would most likely indicate that this area was under its protection, effectively looming over the people here making sure that they know that they can count on it at all times.

This is why it was nicknamed “The Watcher” after all.