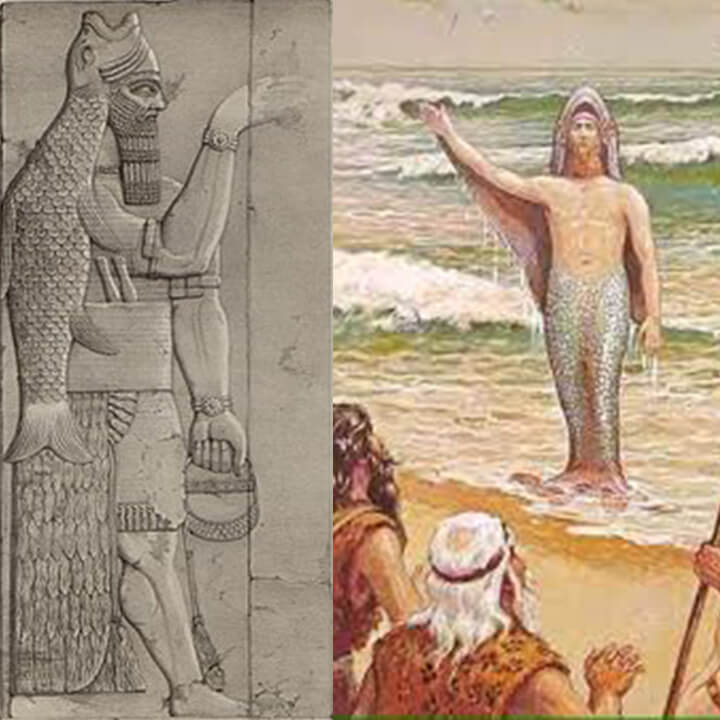 The ancient Sumerians were by far some of the most interesting humans to ever walk the face of the Earth. They were ingenious, to say the least, and they were also the brightest minds of their generation, but according to them, they shouldn’t take all the credit.

They wrote a lot about a race of beings that helped them achieve this known as the Oannes. According to them, the Oannes were fish people. They had fish bodies but they also had human heads and limbs. They learned the human tongue overnight and in return decided to help the ancient Sumerians back. They dictated the first laws known to man, they taught them how to build temples, how to express themselves using art, and more.

They were the first to dictate the usage of modern geometry and according to them, they were originally built themselves by the Anunnaki, and more specifically by Enki. Enki is considered to be the father of humanity, the one that created us by blending his DNA with our ancestors.

Carl Sagan speaks about this in his book which he launched back in 1966. He spoke a lot about the Anunnaki and the Oannes alongside Losif Shklovski too.