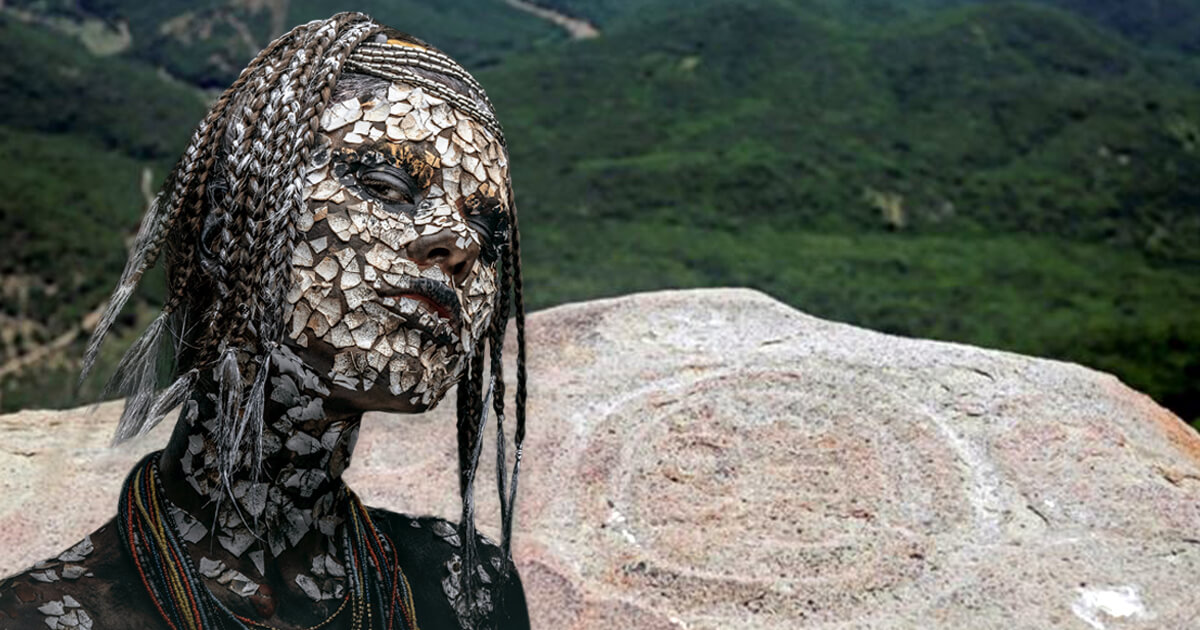 Evidence of an ancient civilization known as the “Cloud People” has been spectacularly discovered  on top of a Mexican mountain. Villagers found what appear to be ancient Zapotec carvings on a mountain in Central Mexico. Venturing two and a half hours up a rocky path on the mighty Cerro de Peña, stunned residents spotted two stone panels carved into the rock at an altitude of 6,000 feet!

It’s believed these pre-Hispanic ruins in the area of Puebla have laid undisturbed since the 6th century. Current thinking is the artifacts are products of the Zapotec civilization. They lived in the southern highlands between 700 BC – 1521 AD and ruled from a great height, hence their alternate name of “Cloud People”. The monuments and some smaller stones are estimated to be 1,500 years old. Other sources claim the stones go back a thousand years further. One of the carvings is of a figure with horns and claws wearing a loincloth. Photo by Eco Diario

The villagers, from Santa Cruz Huehuepiaxtla, are delighted to have discovered the historic treasures in an area reportedly brimming with ancient heritage. Referred to as “stelae”, the panels feature both animals and figures. “One of the carvings is of a figure with horns and claws wearing a loincloth” writes BBC News. “Others are believed to represent an iguana, an eagle and female figure thought to be a deity resembling a bat.” 87 glyphs (symbols) are currently being examined. The summit-based site hosted no less than seven pyramids. Quoted by Reporter Choice, the National Institute of Anthropology & History (INAH)’s José Alfredo Arellanes says it was also “a ceremonial area, flanked by temples and the homes of the rulers”. The mountaintop seems to be a Zapotec tribute to the god of the underworld.

It wasn’t all worship. Evidence of a sports court has been found, probably used for a game called “pelota”. All That’s Interesting writes it was “Similar to basketball”, with a goal “to toss the ball through a hoop — though players used their hips instead of their hands to do so.” Carvings of animals and figures have been found on stones around the site. Photo by 24 horas Puebla

The Zapotec peoples truly did work, rest and play. Coming from the Oaxaca Valley, they flourished via a combination of polytheistic religion and practical know how. “By the late pre-Classic period, Zapotec cities showed a high level of sophistication in architecture, the arts, writing, and engineering projects such as irrigation systems” writes website The History Files. They also developed their own writing system.

The name Zapoetc has its origins in Mother Nature. The History Files mentions its meaning of “literally ‘people of the place of [the] Sapote’, the word referring to the soft fruit which grows in this region.” The site adds, “In English terms they could be the ‘people of the Sapote fruit trees’.” Phase I of the Zapotec Cloud People civilization – the “Middle Formative period” between 500 – 200 BC – saw the building of Monte Albán, a now-ruined major city and one of numerous places they inhabited in Mesoamerica.

Three groups emerged: the Valley Zapotec, thought to be the most influential, the Sierra Zapotec in the north and the Southern Zapotec in the south/east. They appeared “to vie for supremacy in the Oaxaca Valley, raiding and burning one another’s temples and sacrificing some of their captives”, according to The History Files.

Even the Aztecs couldn’t stand up to them, despite attempts to conquer their territory. Eventually it was the arriving Conquistadors from Spain that killed off the Zapotec with their accompanying diseases. Outward migration also played a role.

Today descendants of the Zapotec are Catholics, though the old religion has reportedly “merged with Catholic practices” according to Ancient Origins. BBC News notes the ancient Zapotec “believed in lots of gods, many of them associated with agriculture or animals.”