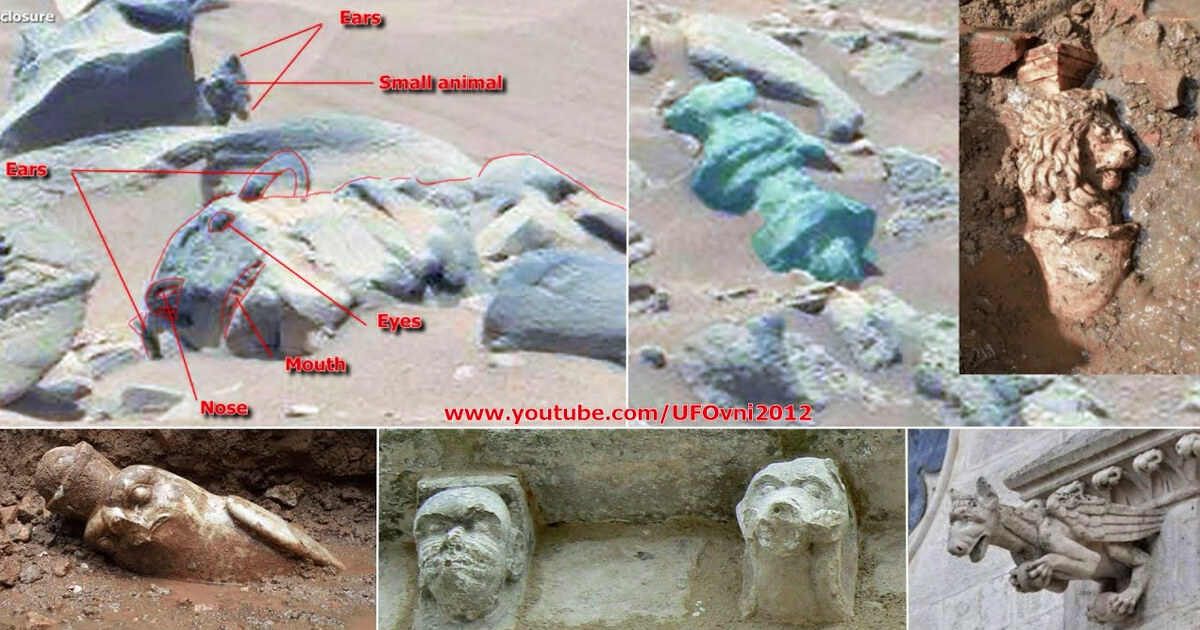 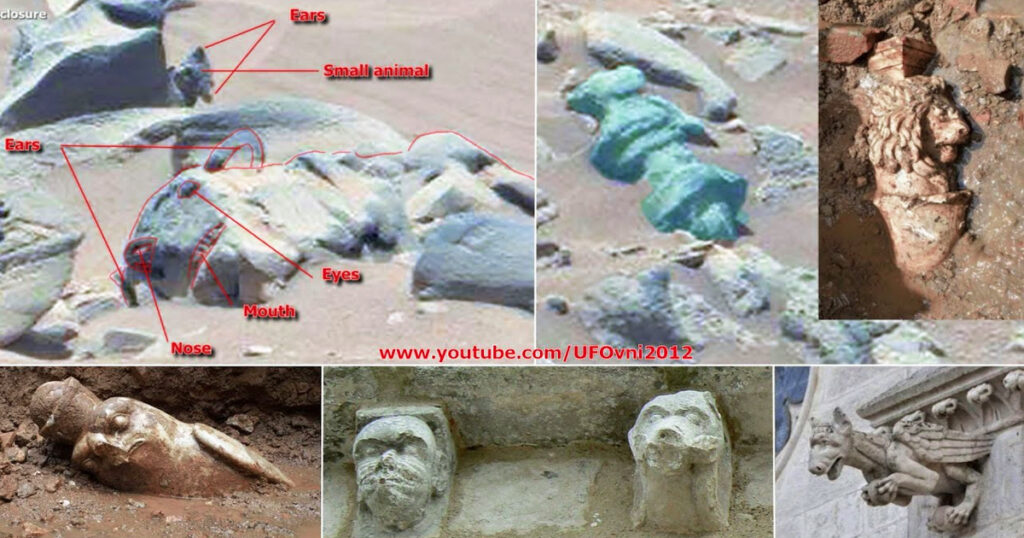 We all know that the mere concept of life on Mars is widely accepted by now as more and more proof seems to pile up over time. For the most part, these discoveries in themselves are rather strange as they showcase the evidence that NASA themselves should have noticed in the pictures before sending them over to us. 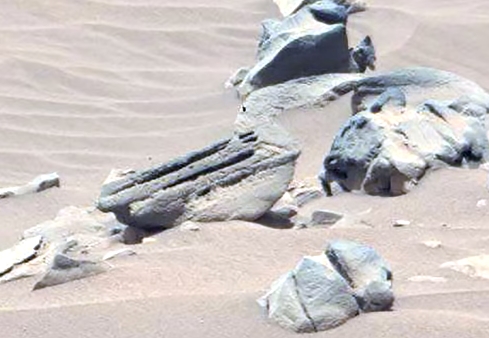 So, why are they doing this in the first place? Are they just careless? Do they not believe that we are a threat? With each of these discoveries, we inch ourselves closer and closer to the truth and they seem powerless to stop us. 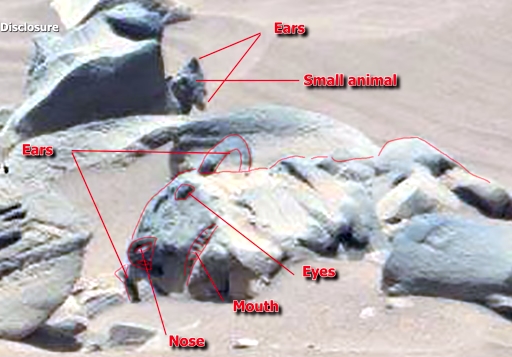 Take for example this most recent discovery that we made from NASA’s Mars Curiosity Rover on its 735th day on the Red Planet. 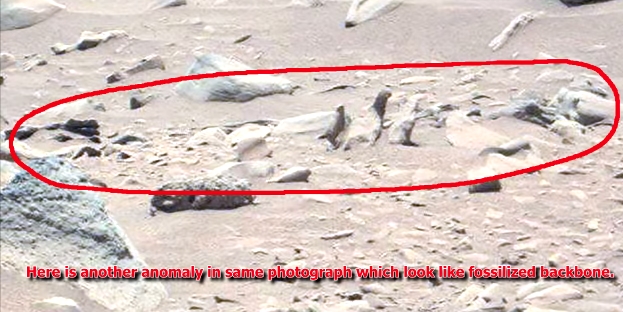 This incredible anomaly was captured by the Mastcam on top of the Curiosity Rover and as you can tell right off the bat many have already made the comparison of the artifact with an animal statue. 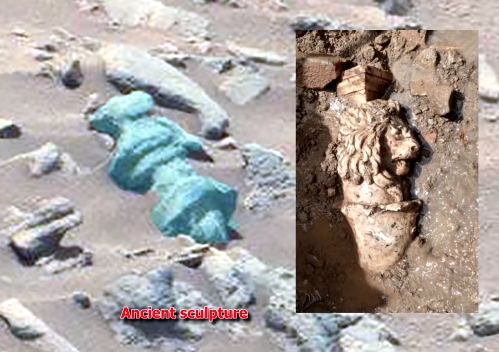 Simply said the many different carved lines and angled cuts make this quite an incredible discovery to say the least and it’s not the only one that Curiosity covered here. 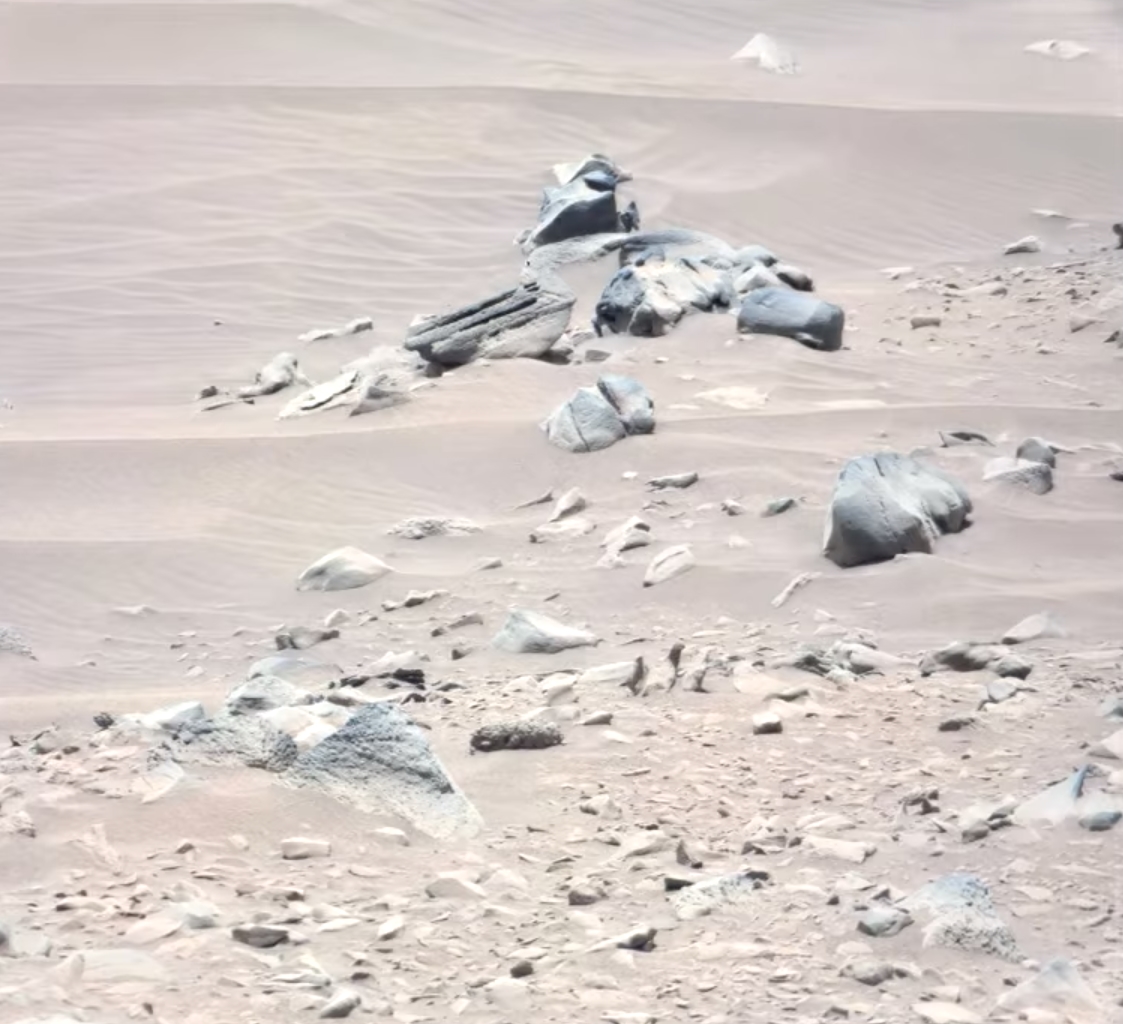 Take this other anomaly which can be seen in the same shot. You can see that it resembles a sort of a fossilized backbone and in the background, there are multiple other ancient structures which all point towards Mars being populated by some sort of an advanced alien civilization, to say the least.