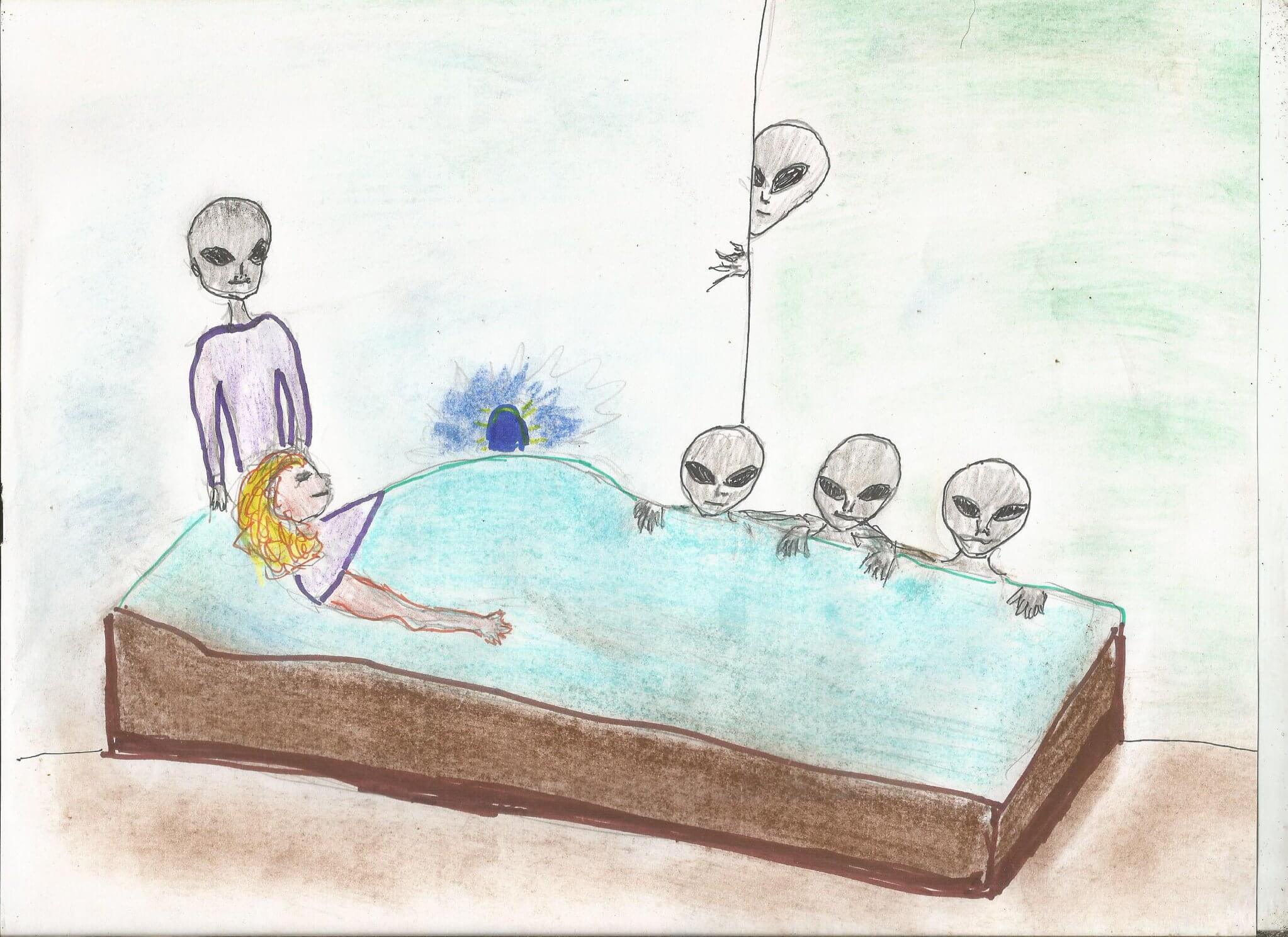 This happened long before the term “flying saucers” appeared, and few people know about this case. It happened at the end of January 1917, in Yurinvaar, North Karelia, now this territory belongs to Russia, but at that time it was the territory of Finland. The local woman, Annie Lattu, was abducted by aliens in those last days of January.

Annie Lattu, lived alone in her small house in Yurinvaar, about 6 km west of Kurkiyoka. She disappeared for several days, and the villagers decided that she went to visit her daughter. But when she returned, she told an incredible story.

Annie told the villagers that near her house a large machine fell on the ground, looking like a large washbasin (note that the term “flying saucer” did not exist at that time, but the large washbasins of the time used by the inhabitants looked like large soup plates, so this is the first UFO appearance in the form of a “plate”), from this “washstand” a ladder descended down which small creatures tangled up.

Although Annie resisted and did not want to go with them, she was taken aboard by force, and they flew very quickly, according to her these creatures, whom she called “demons,” were all shown to her, and there were “many miracles.”

Inside the car it was warm, comfortable, there were very soft and comfortable chairs, it glowed inside, and did not make any noise, not at all like in a train.

Annie Lattu said that she was elevated above the world and even between the stars, and somehow she could understand the language of small creatures, although she did not speak with them. While traveling, she talked to her alone and his voice sounded right in her head.

She often repeated her story in the area, but people thought she must have had hallucinations from a fever because her house was cold, or maybe she just had a dream. However, Annie Lattu did not agree with these explanations. She went on to claim that this actually happened and was not a dream that she did not have a fever despite the fact that she had a cold house.

This incident was first mentioned in the Kurkijokelainen newspaper, which is mainly read by people who used to live in the small Kurkijoki community in North Karelia. For obvious reasons, the newspaper contains many memories of life in Kurkiyoki before the war (and during the war). One of them was a short article, written with the signature “Lathomäin Aino”, at No. 23 (June 9, 1978) by Kurkijokelainen.

Because of this article, one of Finland’s researchers, Maurits Hietamäki, discovered and interviewed a woman born in 1910, who was then still a child and lived in a family that was one of Annie Lattu’s neighbors when this event occurred.

This woman told him that in the following years, Annie Lattu often remembered what had happened and constantly returned in conversations with her neighbors and villagers to that incident.

It turned out that Annie Lattu was born in 1873 and died in 1930, that she was not a widow, although she lived alone. In fact, her husband Juho, who lived separately and died 11 years after her. Annie Lattu was always alone when she visited other villagers, and that is why she was considered a widow. Annie Lattu lived in a small house on the eastern shore of Lake Cancaanlampi, in the village of Alho.

This kidnapping event took place between January and Easter of 1917. Annie Lattu did her daily work when an apparatus landed on the road in front of her house, which she described as having the shape of a washbasin – they then in the village had the form of large soup plates.

The apparatus had stairs along which Annie was taken aboard against her will. Inside the apparatus there were many small people who moved very fast. Annie Lattu never talked about their clothes, and it seems she had no idea what these little men were.

Since the religious people in the village decided that these little people were devils, Annie agreed with this and later called them “demons.”

From the story of Annie, which the eyewitness remembered, it turned out that these little people had a leader with whom she communicated, perhaps through telepathy. Annie had been inside the ship for several days; they traveled around the world and approached the stars.

Annie was also asked to stay, but she did not want to. The inside of the ship was comfortable warm, and the seats were comfortable. Finally, Annie was brought back to the same place from where she was taken, that is, on the road near her house.

Other villagers thought that Annie had a fever (her house was very cold in winter), and she probably had feverish dreams. Annie never acknowledged this and often talked about what happened, because she could not understand who these little people were and what they needed from her.

After the abduction, according to the witness at Annie, the ability to predict the future opened up and she became a well-known fortune teller in the district.